Sen. Randy Baumgardner jokes about domestic violence on his way out of office after #MeToo allegations 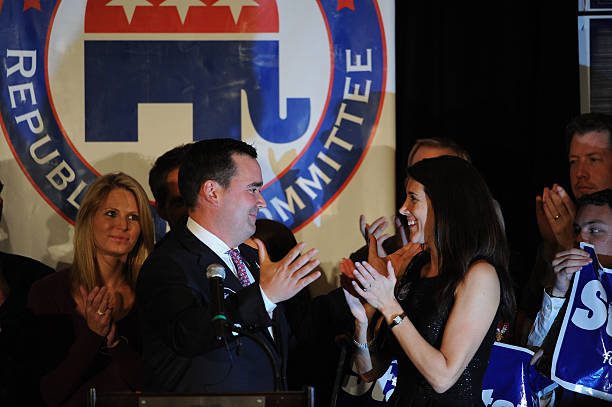 After 9NEWS anchor Kyle Clark shared an email from a right-wing troll telling Clark to “STOP” his “propaganda pushing liberal left wing media biased stories,” Jenna Stapleton tweeted in response that she’d like to get in touch with the sender to work on her husband Walker Stapleton’s campaign for governor.

The man also said in his email to Clark that President Obama is guilty of “dividing our country and destroying our lifestyle for 8 years,” and asked Clark to “STFU while someone other than that Criminal Hillary that didn’t win the last election is running the Whitehouse.” 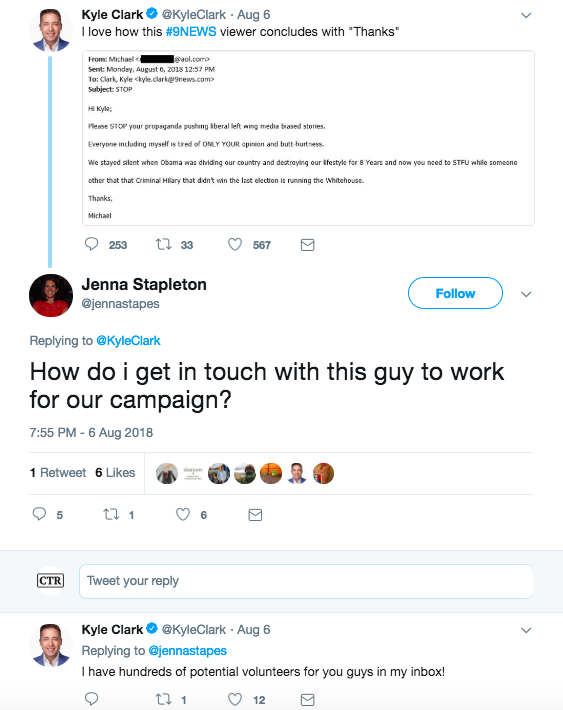 STFU, in case you’re not aware, is an acronym for “shut the fuck up.”

Clark jokingly pointed out to his Twitter followers that despite the hostile tone, the man signed off on his email with “Thanks.”

Then, Jenna Stapleton Tweeted in response, “How do I get in touch with this guy to work for our campaign?”

It could be that she’s unhappy with Clark’s recent 9NEWS coverage calling her husband a liar.

It’s doubtful that the campaign would actually reach out to such a person as a potential employee, but we don’t know for sure, because they repeatedly ignore my emails.