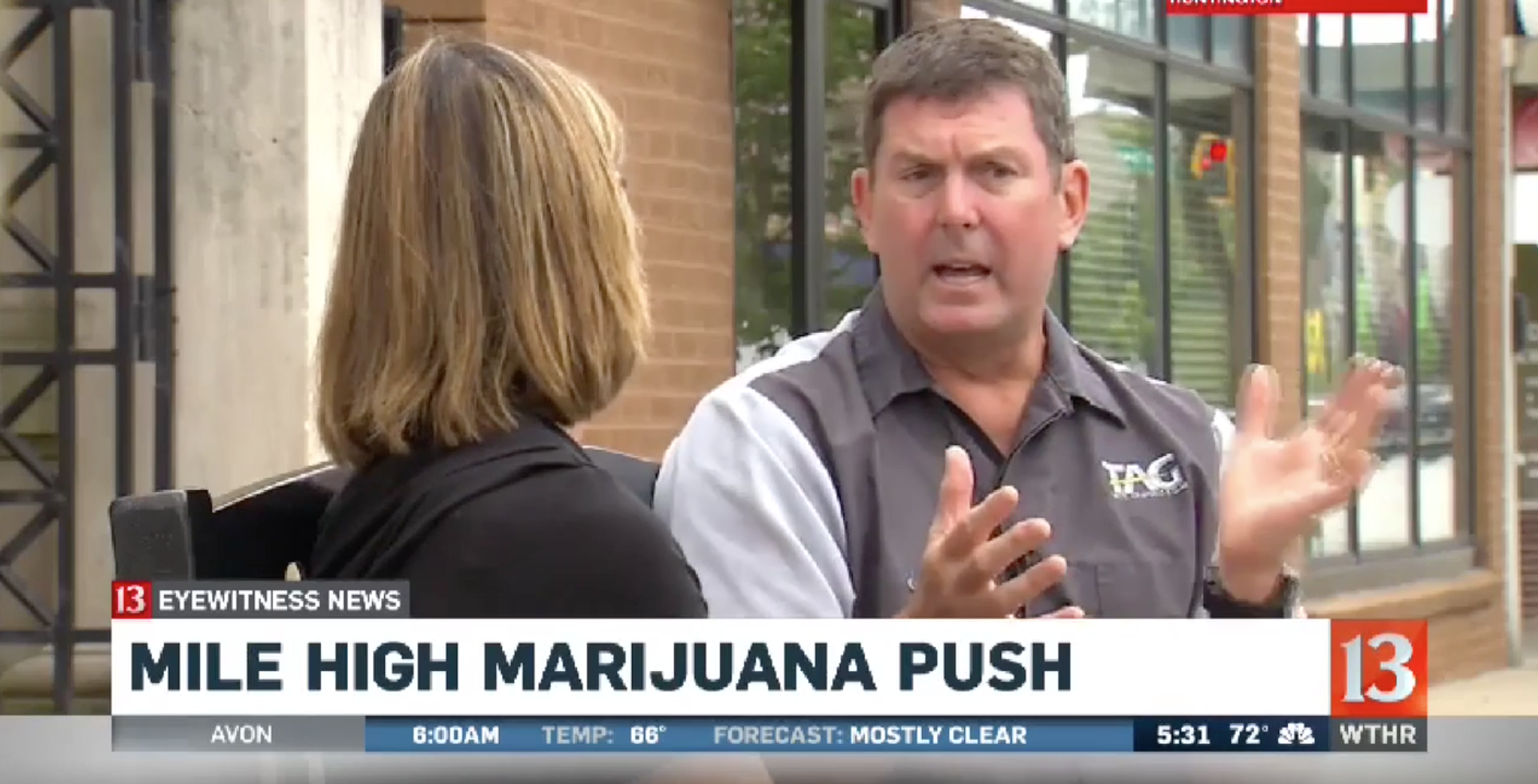 Meet Colorado weed tourist, Indiana State Representative Jim Lucas. He wasn’t here for fun, this was research. In an interview with TV station WTHR, the Republican lawmaker shared details of his five-day learning tour of Colorado’s marijuana industry. And as the Indianapolis news anchors breathlessly reported, yes, he did sample the products personally.

During his travels in Colorado, Lucas toured grow operations as well as recreational and medical dispensaries in Denver, Colorado Springs and Pueblo. Asked “Did you try it?” Lucas said, “Sure, I enjoyed the freedom Colorado offers to responsible adults and it was amazing… Cookies, edibles, smokes, vape sticks.”

In a subsequent radio interview he offered a few more details,

“I got as impaired as I could possibly get impaired while I was out there, you know, just as an experiment for the sake of science. And that was one of the sacrifices I was willing to make. Before I went to sleep I wondered how I was going to feel the next day, but I woke up before my alarm in a good mood and I felt great and I thought ‘Wow, this is incredible.”

Lucas has been an advocate for medicinal marijuana for several years. He sponsored a bill in Indiana’s last legislative session that failed to pass, but he insisted it would pass in the upcoming session. He acknowledged that his party affiliation makes his advocacy on this particular issue more appealing to the press, but said he was not concerned sharing his experience legally using marijuana in Colorado would hurt his chances of reelection in November. That may be because his enthusiasm apparently doesn’t extend to all Hoosiers: he has also sponsored a bill to drug-test welfare recipients.

Lucas also is no stranger to media attention for other controversial statements, such as victim-blaming rape survivors, and posting a meme about locking one’s wife and dog in the trunk of the car.

As the national leader of the state-based marijuana industry, Colorado is a common destination for policymakers and legislators eager to learn about bringing this industry to their own states.

The Trump administration, however, has been less enthusiastic. Attorney General Sessions’ decision in January to rescind the Obama administration’s hands-off policy threatened the flourishing marketplace. In response, the state’s entire federal delegation and 33 statehouse Democrats sent Sessions a letter telling the AG to basically stay out of Colorado’s business when it came to legal marijuana.

However, not a single Colorado GOP state representative or senator was willing to sign on to the bipartisan defense of state sovereignty. That includes Sen. Owen Hill (R – Colorado Springs) who nevertheless spoke out against Sessions’ decision, calling it “full of sound and fury, signifying nothing.” While it’s hard to say whether Republican state lawmakers were concerned with being seen as embracing marijuana or opposing the Trump administration, concern over electoral consequences was likely on their minds.