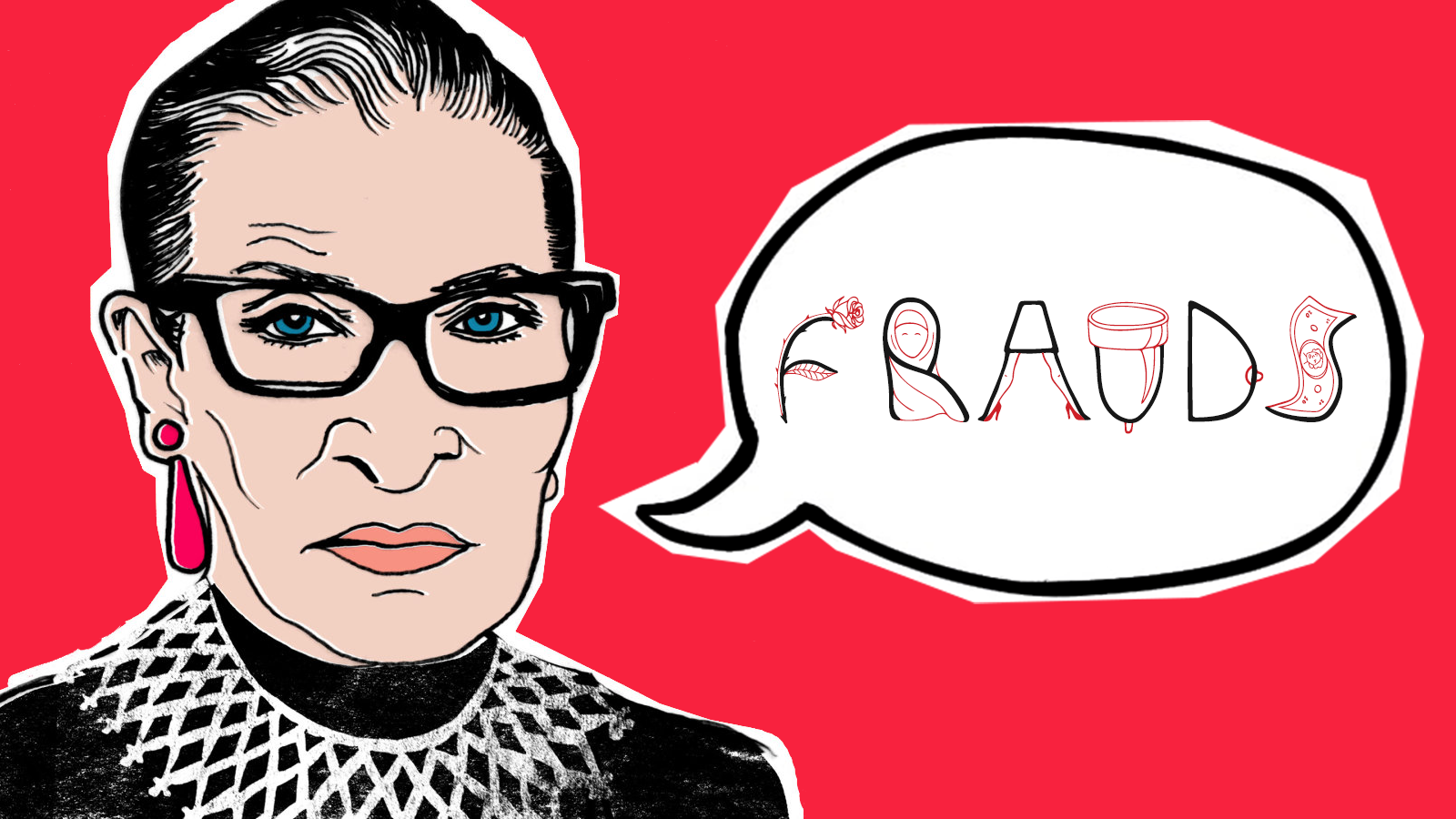 Democrats for Life of America (DFLA) is holding its first conference this weekend in Denver, but speakers include no currently-elected Democratic politicians, and several speakers who have been identified as Republicans, Independents, or have no registered party affiliation.

The “I Want My Party Back” conference comes after a recent debate around whether the Democratic Party should make room for candidates who oppose abortion rights.

Some have argued that it’d behoove Democrats who are eager to regain support from Trump voters to field candidates who may not adhere to every single aspect of the party’s platform. But more progressive Democrats say the party’s so-called big tent isn’t big enough for those who would allow limitations on reproductive rights.

But within this debate, one key fact is often ignored: These days, pro-life Democrats are few and far between.

So it shouldn’t necessarily come as a surprise that DFLA, which has aimed to elect anti-choice Democrats since its inception in 1999, apparently struggled to find true-blue Democratic speakers for their upcoming conference.

The only Democratic politicians speaking are two former Congressmen — Bart Stupak of Michigan and Lincoln Davis of Tennesse, both of whom haven’t held office since 2011.

And many of the speakers aren’t Democrats at all, according to a voter database. Lauren Castillo, for example, is the National Church Relations Director for Students for Life of America, and she’s registered in Colorado as a Republican. Castillo didn’t respond to a request for comment and confirmation.

There’s also Maureen Yockey, a registered Republican in Colorado who used to serve as Executive Director of Alternatives Pregnancy Center, a network of anti-abortion organizations in Colorado that pose as comprehensive women’s health clinics.

“I was invited to speak at the Democrats for Life Conference. I accepted. Life and the family transcend political affiliation,” said Yockey when asked by the Colorado Times Recorder why she’d speak at a conference for Democrats.

A Colorado-based activist named Albany Rose Saindon will also be speaking. Saindon doesn’t fit the typical mold of a pro-life activist – she’s an atheist who often draws on her own abortion experience to explain her position to her many social media followers.

But Saindon, too, is a registered Republican, and even admits in a Facebook post that some of the speakers at the “I Want My Party Back” conference aren’t Democrats: 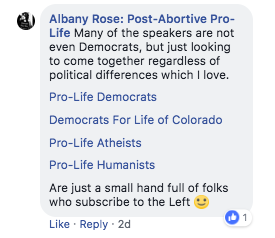 Asked about why she’s speaking at the conference, Saindon wrote via Facebook message, “I’m registered as a Republican so I can vote in the primaries, otherwise ideally I would be an independent. I have positions I take from all different political platforms, but I don’t support any party as a whole.”

Colorado began holding open primary elections this year, allowing unaffiliated voters to choose between filling out a Democratic or a Republican ballot.

Saindon and Yockey are speaking during a portion of the conference devoted to discussing “The Challenge Of Being A Pro-Life Democrat.”

Several speakers are either registered as Independents or unaffiliated.

Kelly Rosati, for example, spent ten years working for Focus on the Family, a Colorado-based group that’s known nationwide for its extreme anti-abortion and anti-LGTBQ advocacy. Rosati is unaffiliated.

Destiny Herndon-De La Rosa gained national media attention after her Texas-based group, New Wave Feminists, was booted from the Women’s March on Washington due to its anti-abortion agenda. She criticized the march organizers on Fox News and became the subject of several think pieces, from both left- and right-leaning publications, seeking to answer the question of whether it’s possible to be a “pro-life feminist.”

But regardless of whether Herndon-De La Rosa is a feminist, she’s definitely not a Democrat. She used to be a Republican, but then switched her party affiliation to Independent.

Herndon-De La Rosa told the Colorado Times Recorder that she’s not a registered Democrat because the Democratic Party is inhospitable toward pro-lifers.

So why not be a Republican?

As she put it, Republicans are not pro-life, they’re just anti-abortion.

“To me, there are so many other issues that are pro-life issues that go beyond just the womb. Pro-life means that you respect the human dignity of every human being,” said Herndon-De La Rosa. “Beyond the womb, I don’t see them protecting a lot of life.”

Herdon-De La Rosa mentioned a Buzzfeed report that told the stories of pregnant immigrant women in U.S. detention centers who were denied medical care and abused, and in some cases miscarried as a result.

“It’s horrifying,” she said. “But it’s something that because someone’s a Republican, now they’re torn, and now they support that, which is, in my opinion, bullshit, because if you’re really pro-life, you’re pro all life.”

She sounded surprised when I told her that a handful speakers at the conference are actually Republicans. “I didn’t realize they had many,” said Herndon-De La Rosa. “That will be interesting to hear what they have to say.”

Reproductive rights advocates in Colorado aren’t having it.

“Roe v. Wade and reproductive rights are now more vulnerable than ever. We will not allow folks posing as progressives attempt to convince us to abandon our core values.”

The conference will take place July 20-22 at the Raddison Hotel Denver Southeast. Tickets cost $89.00 each.

Correction – July 19: An earlier version of this article stated that Albany Rose Saindon blocked the Colorado Times Recorder from viewing her Facebook page. As it turns out, her page was temporarily suspended by Facebook.