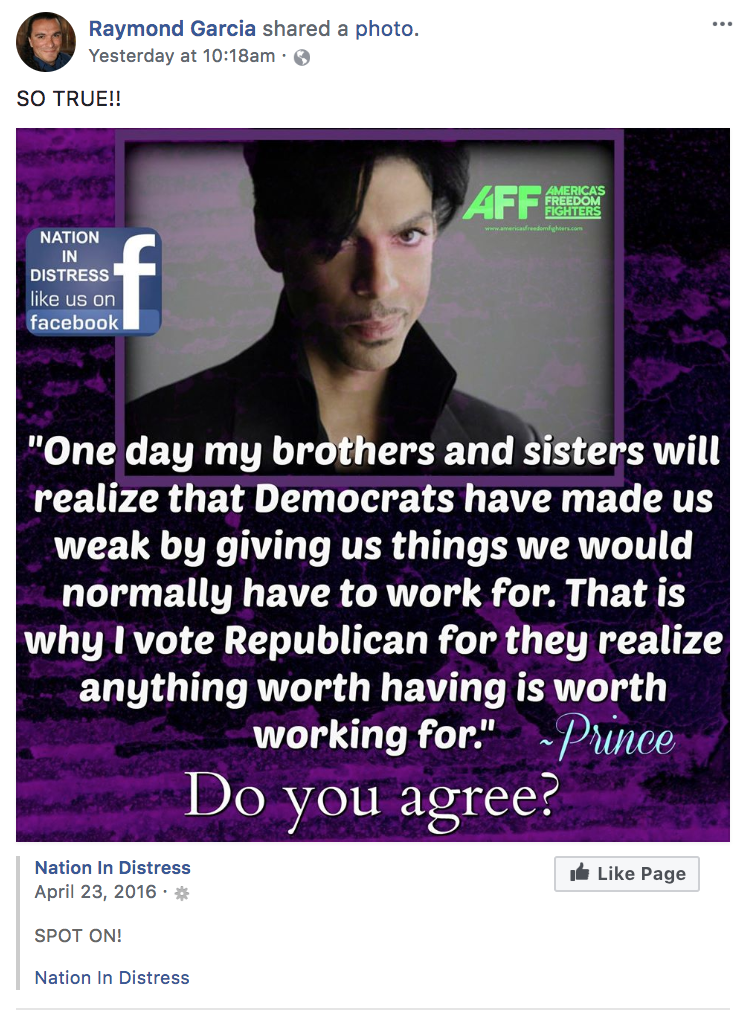 In the last two weeks, one Colorado state Representative, two former representatives and one perennial candidate have all shared fake news posts to their Facebook pages.

On May 6, Republican primary candidate Raymond Garcia, a 2017 Fake News award winner who moved to Colorado Springs to challenge State Rep. Lois Landgraf for her seat in HD21, posted a fake quote from Prince. Snopes rated this quote “False” in 2016. 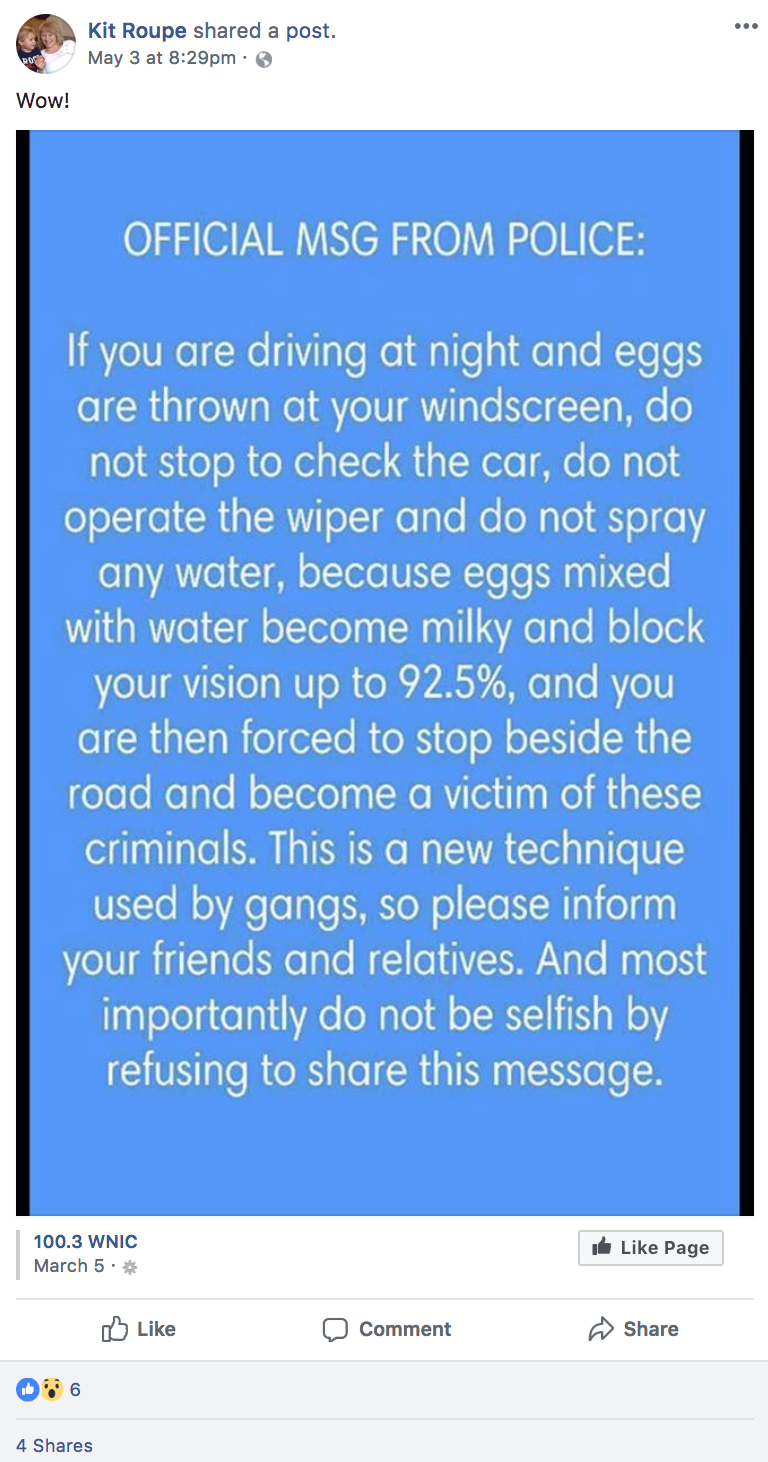 On May 3, former Rep. Kit Roupe, a Republican who’s once again running for her former House seat in Colorado Springs, shared an “official message from police,” that warns drivers not to stop if their cars are egged, so as not to fall prey to gangs. The fake warning concludes by saying “And most importantly do not be selfish by refusing to share this message.” Snopes debunked this “alert” over two years ago. A commenter pointed out that her post had been proven false. Roupe thanked the person, before noting that it was still possible, “it doesn’t stop some goofball from trying it though.” Roupe earned a nod last year for removing a fake news story from her timeline once she was alerted to the fact that it was false. 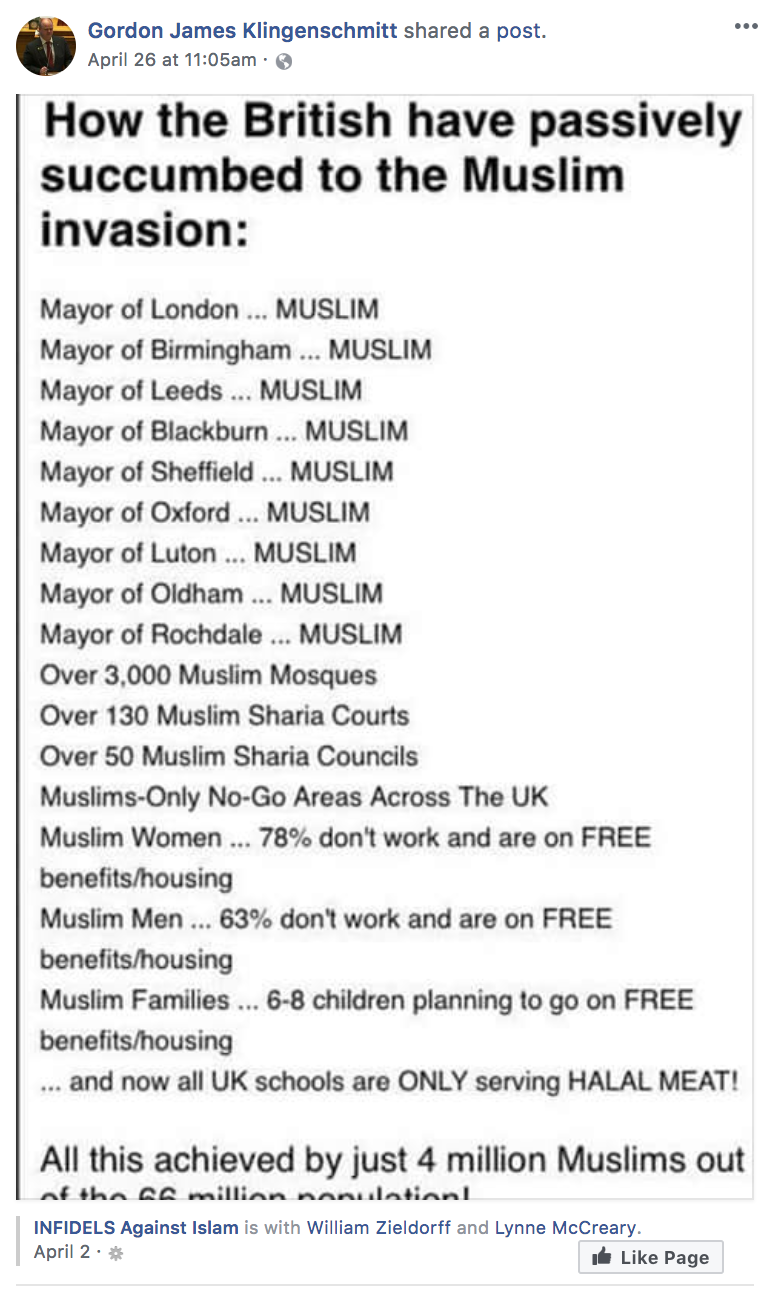 Former State Rep. Gordon Klingenschmitt, who has endorsed his friend and former Colorado Springs colleague Roupe in her race for House District 15, reached across the pond to share some fake news from Britain. Klingenschmitt, whose penchant for sharing fake news has been covered previously, shared an image that lists statistics about the U.K.’s Muslim population. The British equivalent to Snopes, FullFact.org, fact-checked each these statistics last summer. It concludes simply, “A lot of them are incorrect.” 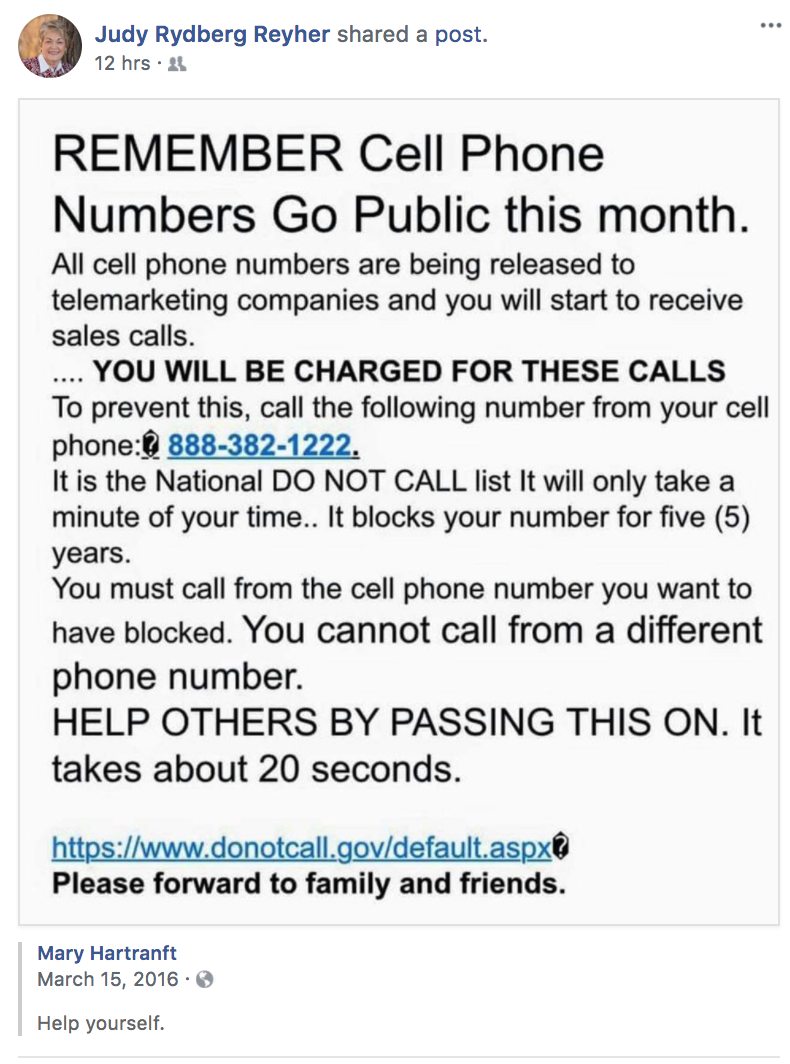 State Rep. Judy Rydberg Reyher (R-Swink) shared a fake consumer warning on April 30, purportedly alerting cell phone owners that their numbers will be released to telemarketers if owners don’t sign up with the Do Not Call registry. Snopes initially debunked this rumor well over a decade ago in 2004, but added an update earlier this month due to a resurgence of sharing. Reyher hasn’t shared as much fake news as her former and aspiring colleagues have, but she is known for sharing numerous racist memes.