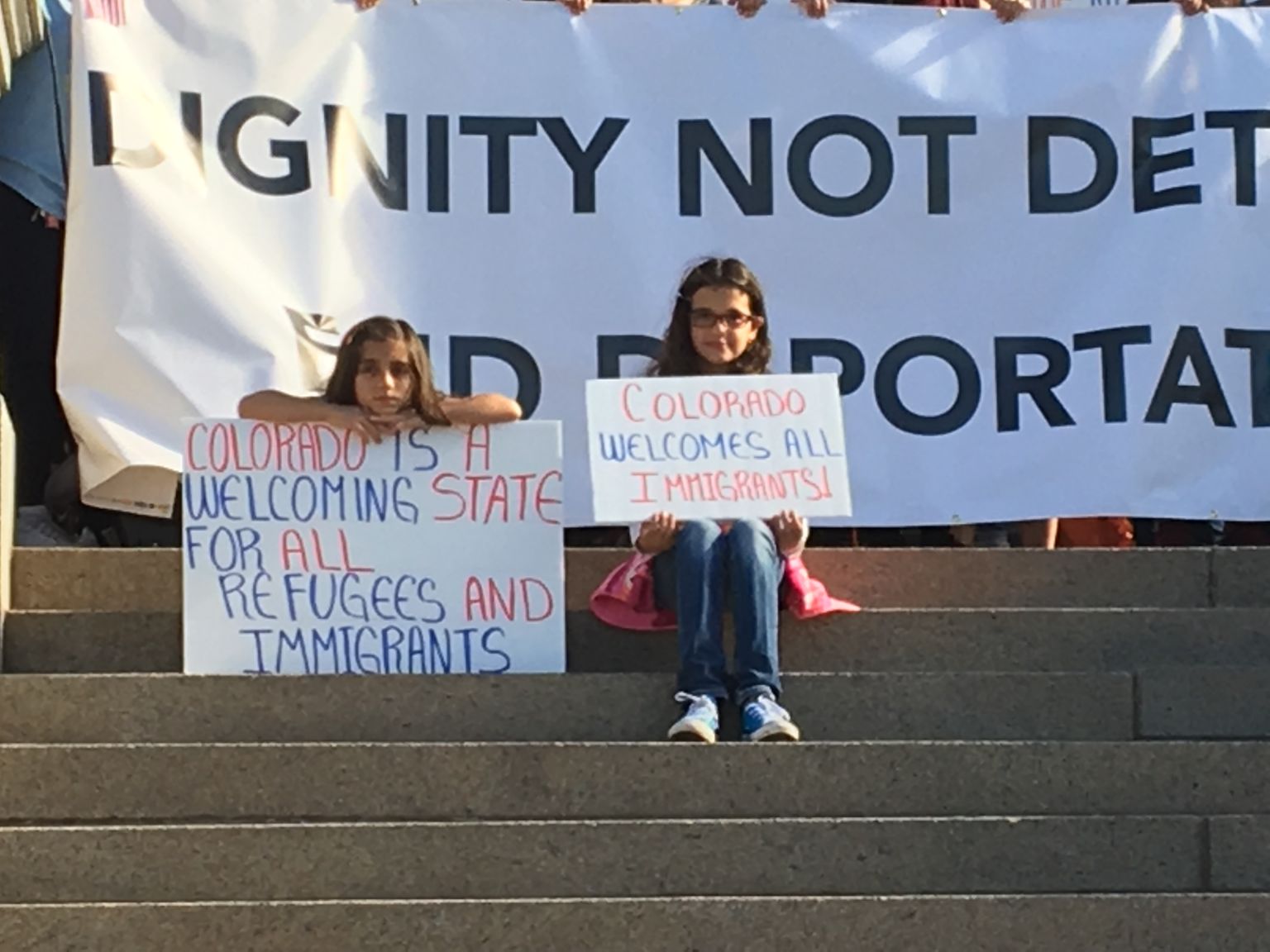 Attorney General Jeff Sessions announced Tuesday that the Trump administration would end the Deferred Action for Childhood Arrivals (DACA) program, leaving the lives of 800,000 young immigrants who are permitted to live, work, and go to school in the United States under DACA hanging in balance.

The future of the DACA program has been shrouded in uncertainty since the election of Donald Trump, who as a candidate pledged to end the program he characterized as an example of Obama-era federal overreach. As president, Trump’s position has been more difficult to decipher; when asked about his decision on DACA just four days ago, Trump responded “We love the Dreamers, we love everybody.”

Under pressure from attorneys general from ten states who threatened to sue if he didn’t make good on his campaign promise, Trump has decided to phase out DACA with a six month delay, giving Congress a time window to either come up with a more permanent solution or put DACA recipients at risk of deportation.

So what’s next for DACA recipients as their fates lie in the hands of a Congress that has failed to pass any major immigration legislation over the past 30 years?

The Denver-based Meyer Law Office, which represents immigrants in the area and specializes in removal defense, has released information regarding steps DACA recipients can take to protect their status and defend their legal rights, answering questions they may have about work permits, renewal applications, and how to handle interactions with local law enforcement.

Principal attorney Hans Meyer said in a statement that “even as Trump gives ICE machinery the green light to terminate the DACA program and deport Dreamers without regard, we can and will defend ourselves.” Meyer also committed to offering “Know Your Rights Post-DACA” workshops, and providing Colorado-specific fact sheets for impacted populations and activists moving forward.

He added that “many DACA recipients may qualify for additional options under existing immigration law,” and that they’d offer consultations to help individuals determine the best path forward.

Meyer emphasized that DACA renewal applications must be submitted before October 5 of this year.

Read on for important information compiled by the Meyer Law Office on how DACA recipients can best protect themselves and their families. 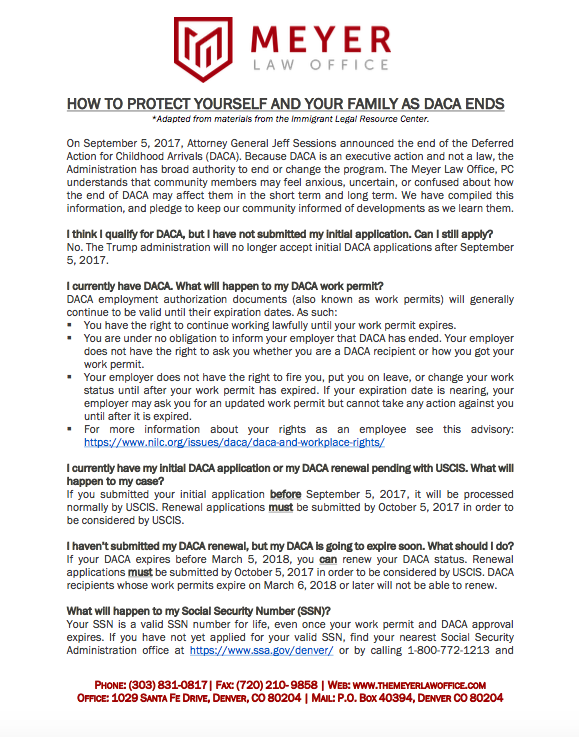 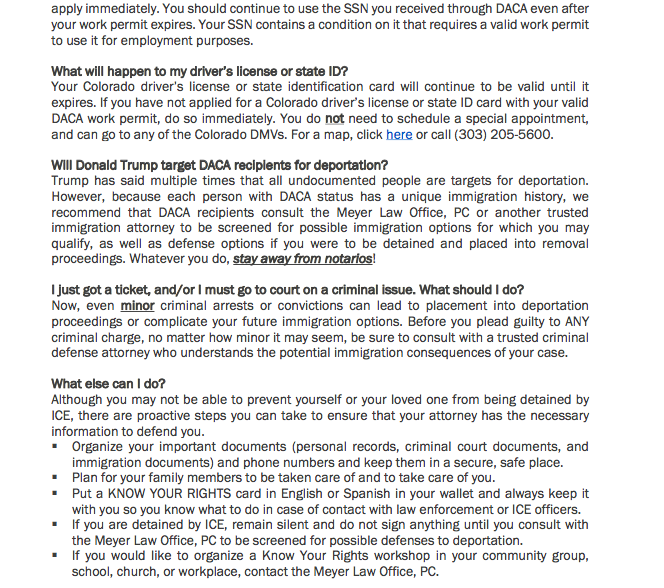