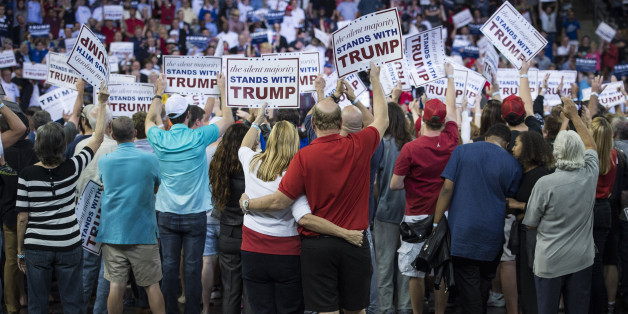 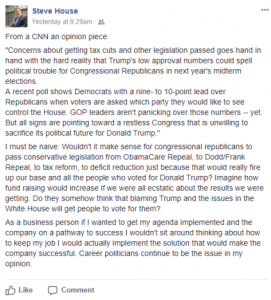 Former Colorado Republican chair Steve House wants conservatives to “really fire up our base and all the people who voted for Donald Trump.”

How to do this? House explained on Facebook that he wants Republicans to press on with conservative legislation, like a repeal of Obamacare.

“Imagine how fund raising would increase if we were all ecstatic about the results we were getting,” wrote House on Facebook. “Do they somehow think that blaming Trump and the issues in the White House will get people to vote for them?”

In his Facebook post, House was reacting to a CNN piece pointing to voter discontent with Trump and the possibility that Republicans will react by backing off the president’s right-wing agenda.

“As a business person if I wanted to get my agenda implemented and the company on a pathway to success I wouldn’t sit around thinking about how to keep my job,” House wrote on Facebook. “I would actually implement the solution that would make the company successful. Career politicians continue to be the issue, in my opinion.”

Last year, House decided not to seek a second term as state GOP chair, and Colorado Republicans elected Jeff Hays to the position. Hays has also backed the Trump agenda, most recently defending the President’s pardon of Sheriff Joe Arpaio.