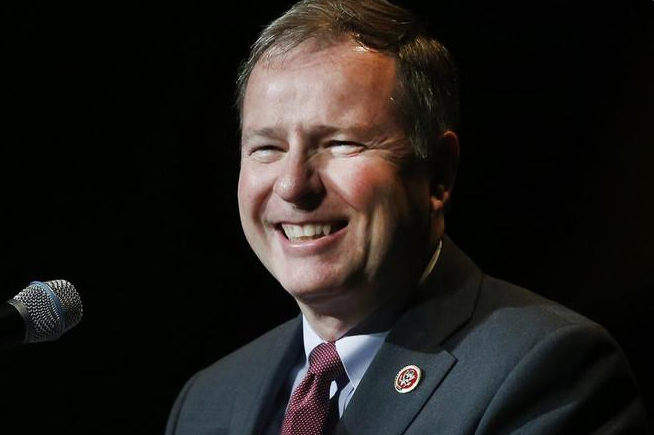 U.S. Rep. Doug Lamborn (R-CO) issued a thank you letter last week to Republican leadership in the U.S. Senate for attempting to include the anti-abortion provisions he championed in their efforts to repeal Obamacare.

The “skinny” repeal bill, which was the Senate GOP’s last-ditch effort to keep the repeal process alive, included a provision to defund Planned Parenthood, a fact which Lamborn said “encouraged” him in a Facebook post.

Here’s Lamborn’s letter acknowledging the efforts of the GOP to “prioritize pro-life protections” in their repeal efforts, issued on July 31 to the Senate GOP leadership. 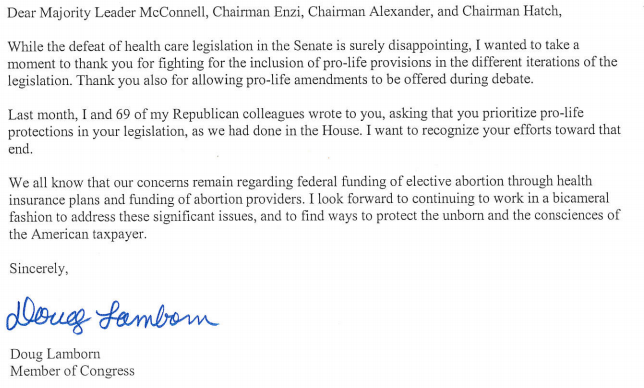 Lamborn in June led the charge in the U.S. House of Representatives with a letter asking the U.S. Senate to prioritize the inclusion of anti-abortion measures, including a plan to defund Planned Parenthood, in their health care legislation.

In the June letter, Lamborn stipulated that “any health care legislation must abide by the overarching principle that abortion is not health care, and that therefore, elective abortion, abortion providers, and health plans that include elective abortion should not be subsidized.”

None of Lamborn’s Colorado colleagues, which includes U.S. Reps. Mike Coffman, Scott Tipton, and Ken Buck, were among the 69 Republican Congressmen who signed the letter.

But both Tipton and Buck supported the House Obamacare replacement bill, which would have defunded Planned Parenthood. U.S. Sen. Cory Gardner (R-CO) also cast a vote that would have resulted in the removal of funds from Planned Parenthood by voting for the Senate’s “skinny” repeal bill.

Lamborn has been an outspoken critic of Planned Parenthood and has a longstanding record of attempting to strip abortion providers of federal funding. He represents Colorado’s 5th district, which encompasses Colorado Springs.