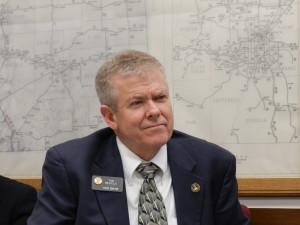 Colorado State Sen. Tim Neville (R-Littleton) compared those who responded to the violent white supremacist gathering in Charlottesville, Va., by tearing down Confederate monuments to ISIS. 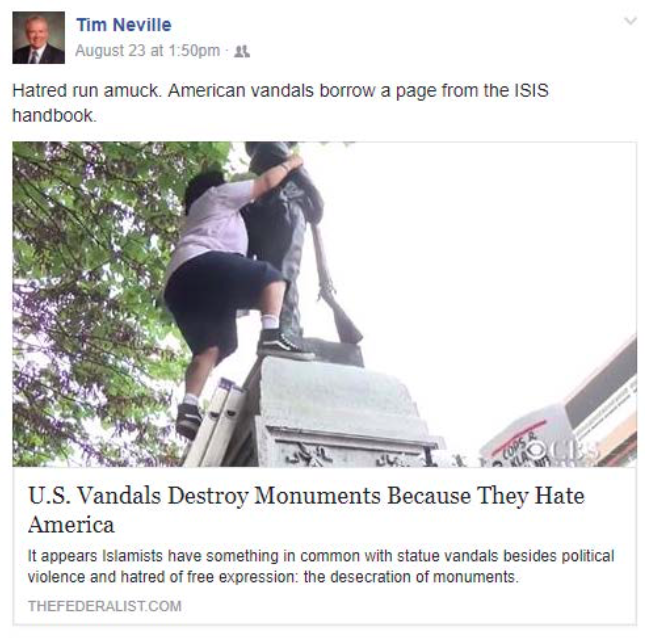 Neville is referencing ISIS’ destruction of many places of worship, ancient historical artifacts, and important archeological sites, which often includes looting valuable items and selling them to fund their activities.

Following the deadly neo-Confederate “Unite the Right” rally, which was a direct response to the removal of a statue of Confederate general Robert E. Lee in Charlottesville, many on the left are doubling down in their argument that those who fought to keep African-Americans enslaved shouldn’t be venerated with statues in public venues. Protesters in Durham, N.C., took matters into their own hands by dragging one to the ground.

But many on the right have argued that removing the monuments amounts to defacing the nation’s history, and chalk it up to what they see as harmful political correctness.

Neville was quick to criticize “antifa” or anti-fascist protesters, calling them “domestic terrorists” on Twitter, but didn’t condemn the Klu Klux Klan or other extremist groups who descended on Charlottesville earlier this month.

Neville seems to be playing into the “many sides” narrative promulgated by President Trump that the so-called “alt-left” is just as violent as it’s alt-right counterpart.