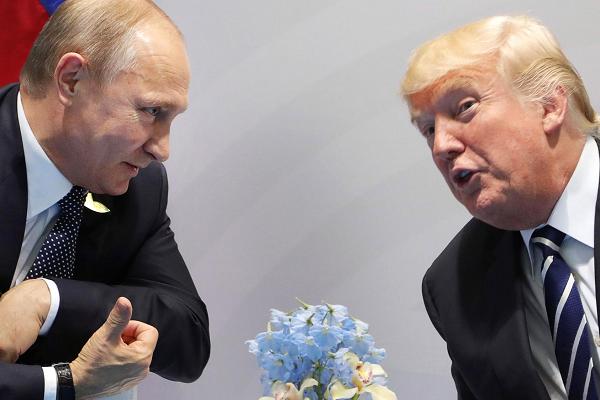 The Arapahoe County, Colorado, Republican Party is hosting an event they’re calling “Collusion Night,” making light of the serious allegations of collaboration between President Donald Trump and his aides and Russia, a hostile foreign adversary.

The allegations are so serious, in fact, that Robert Mueller, the special counsel in the Russia probe, recently impaneled a grand jury as part of his investigation.

Trump has unfalteringly insisted that the entire investigation is a political witch hunt, and his supporters in Colorado not only seem to agree, but, oddly, like to draw additional attention to the scandal. Take the Trump Colorado campaign official Dede Laugesen, who said she wishes she were a “person of interest” in the Russia probe, as another example.

The “Collusion Night” event, which is set to take place at Comrade Brewing Company in Denver Aug. 24, is described on the Facebook page as a chance to organize and network with “Millennial Republicans.” 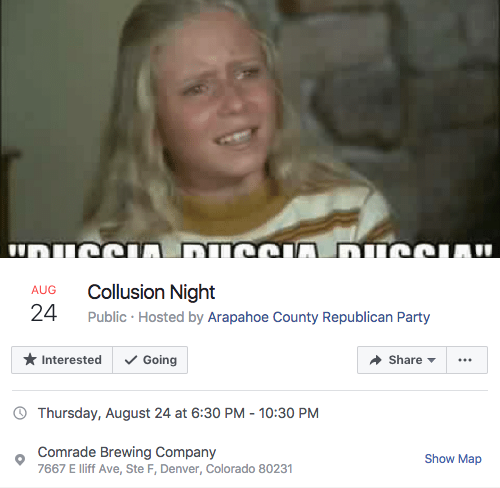