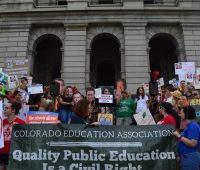 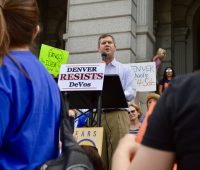 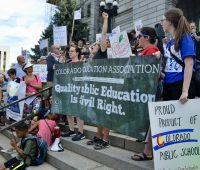 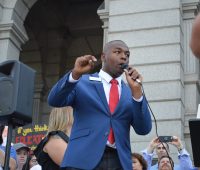 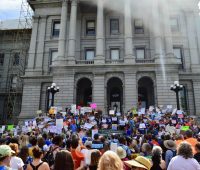 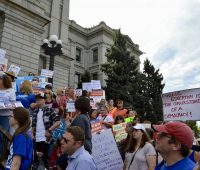 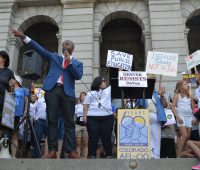 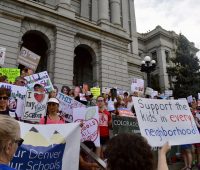 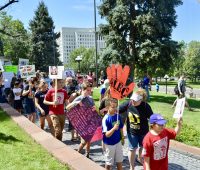 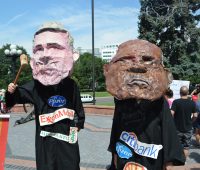 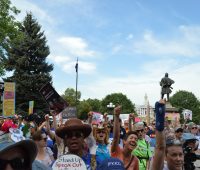 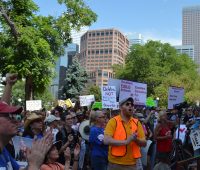 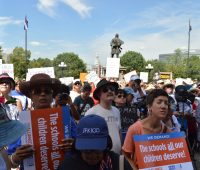 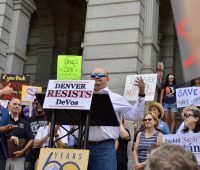 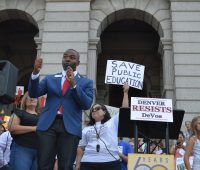 ALEC is a non-profit funded mostly by corporations and conservative organizations that attempts to mold state governments by providing model legislation to be used by its members in statehouses across the country.

Together, ALEC and DeVos are viewed by progressives as a central threat to public education because they aim to privatize public schools, undermine teacher’s unions, and prioritize corporate agendas over the needs of the nation’s children.

The children in attendance then led the march onto Colfax Ave.