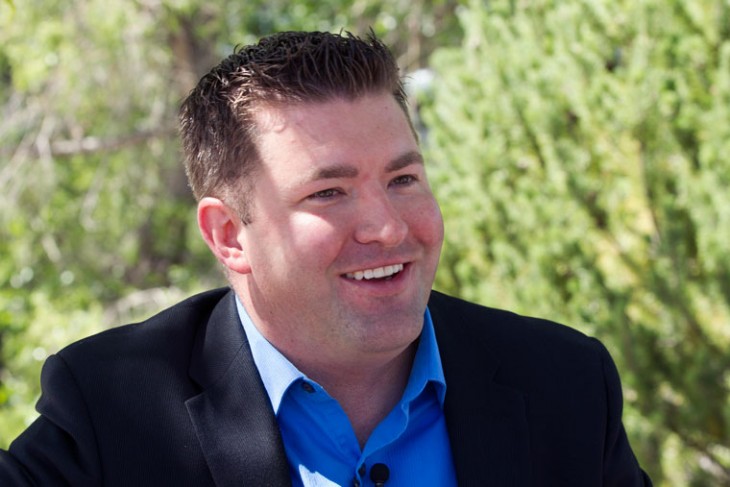 Colorado’s House Minority Leader Patrick Neville, a Republican from Castle Rock, has been loving the onslaught of memes that have taken over the internet this week that depict Donald Trump violently bashing CNN.

After Trump initially tweeted a meme of himself wrestling a man with the CNN logo covering his face to the ground, the internet exploded with similar memes of Trump assaulting CNN, which he has repeatedly called fake news.

Now Neville has been playing his part in disseminating the violent videos – in fact, the only Facebook activity on his public page for the past week has consisted of CNN memes.

This one is a compilation of memes, and includes many short videos of Trump tackling and wrestling CNN to the ground. 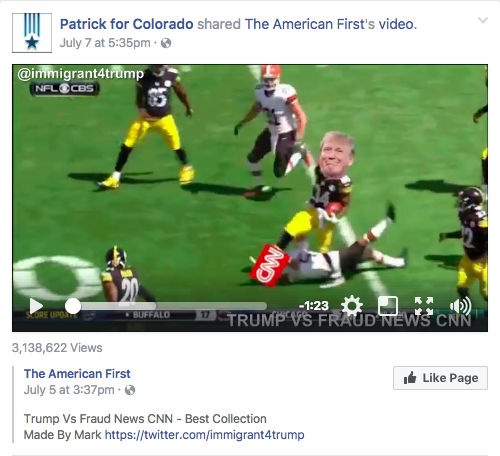 In this one, Trump is stabbing and slicing off the arms of a CNN man. 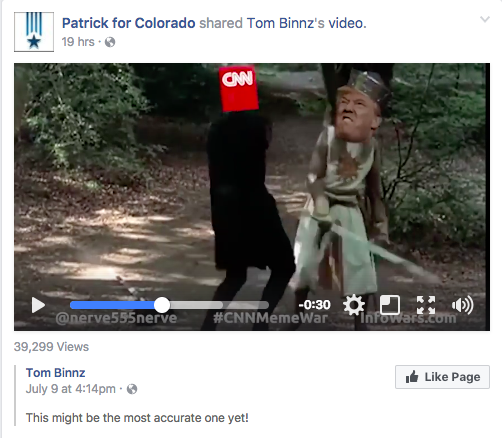 He also liked this one where Trump runs over a child covered by the CNN logo. 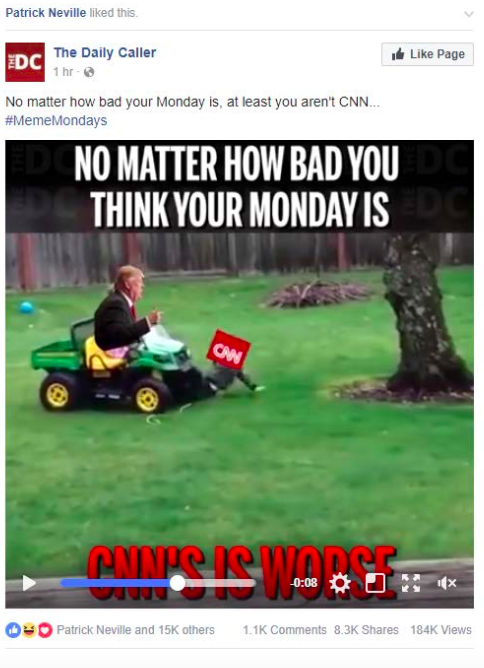 Neville was one of many Republican lawmakers who denounced what they consider to be hateful political rhetoric from the left in the wake of the shooting of Congressman Steve Scalise (R-LA). Less than a month ago, Neville was calling for “passionate and peaceful civil discourse.”