A guide for fighting fake news and misinformation, with examples from Colorado 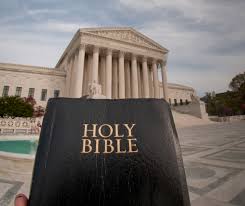 Colorado has become a focal point in the national legal battle which pits public accommodation laws against religious freedom protections, with yesterday’s announcement that the U.S. Supreme court had agreed to hear arguments in the case of Jack Phillips, proprietor of Masterpiece Cakeshop in Lakewood, who refused to serve a gay couple seeking a wedding cake for their same sex marriage celebration.

On Tuesday morning, Ross Kaminsky interviewed David Cortman, senior counsel with the Alliance for Defending Freedom,  on his KHOW (630am) morning show, to clarify the process leading up to the U.S. Supreme Court hearing and to highlight the legal arguments which Cortman will use to present Phillips’ case against the Colorado Civil Rights Commission.

Cortman and ADF have represented business owners and government officials in similar cases around the country in local and district courts. None of these other cases have been granted certiorari, however, and Cortman expressed surprise that the Masterpiece case was chosen.

“The Court, when they think about whether they’re going to take up a case, they put it in conference. This case they put it in [conference] about 15 or 16 different times, so nobody knew what was going on. So yeah, there was a little bit of surprise that they granted that cert.”

But ADF suspected that eventually, one of the cases would make it to the Supreme Court.  “We thought that it was only a matter of time until the Court actually had to take one, because it’s such a brewing issue that’s going on nationally,” said Cortman.

Radio host Ross Kaminsky inquired about a similar case of a wedding photographer in New Mexico, a state which has a statute protecting religious freedoms, and a case in which the state Supreme Court found against Elaine Huguenin, the photographer:

“What was even more incredible about that opinion, if you’ve ever come across it, one of the justices said that giving up her religious beliefs and not living according to her faith was ‘the price of citizenship’.   And I thought it was ‘the protection of citizenship’. So, that was a little disturbing.”

Regarding the timeline of the SCOTUS hearing in the Masterpiece case, Cortman offered the following:

“So what will happen next is that over the summer, both parties will brief the case. So the way it works at the Supreme Court, you actually have to file briefs to ask them to take the case, and say, “Here’s the issue.”  If they decide to do so [take the case] then you actually do another round of briefings on the merits of the case.  So, that will happen over the summer. My guess will be that  it will probably be set –depending on how quickly they fill the calendar – [for] some time [in] late fall. So, probably November, maybe December.”

Cortman said the Attorney General’s office of Colorado would be arguing for the defense, representing the Colorado Civil Rights Commission’s case to the Supreme Court.  Kaminsky wondered if Cynthia Coffman could withdraw the case from consideration.  Cortman responded:

“You know, you would think that may happen, and maybe should have happened already.  But it certainly doesn’t look that way. I mean, that would be a welcome conclusion, just because, in these types of issues […] we’re not even talking about whether someone is willing to serve  anyone. Jack Phillips and all of our clients, they gladly serve everyone. As you mentioned, they’ll bake cakes for all other types of events. But when it comes down to two particular things:   number 1, should the government use its laws to force someone to speak a message that they disagree with […], and then, should they force someone to participate or promote an event that violates their rights of conscience.  And I think that in a country like ours, with the freedoms that we have, we shouldn’t be doing that, regardless of your religious beliefs, regardless of your views on any type of issue. I don’t think we want the government going that far.”

Kaminsky, who is not an attorney, provided Cortman with his own amateur angle on arguments, suggesting that simply operating as a corporate or private business, or participating in a mandatory government process related to operating legally, is not cause for stripping people of their individual, constitutionally protected rights.  He cited SCOTUS rulings in the Hobby Lobby case, Citizens United, and the Slants trademark dispute to support his argument.  Cortman replied:

The interview finished with Cortman reporting that Jack Phillips’ has received increased patronage from supporters of his business and his principled stand, allowing him to keep his doors open despite losing 40 perceng of his business when he ceased to contract for wedding cakes.