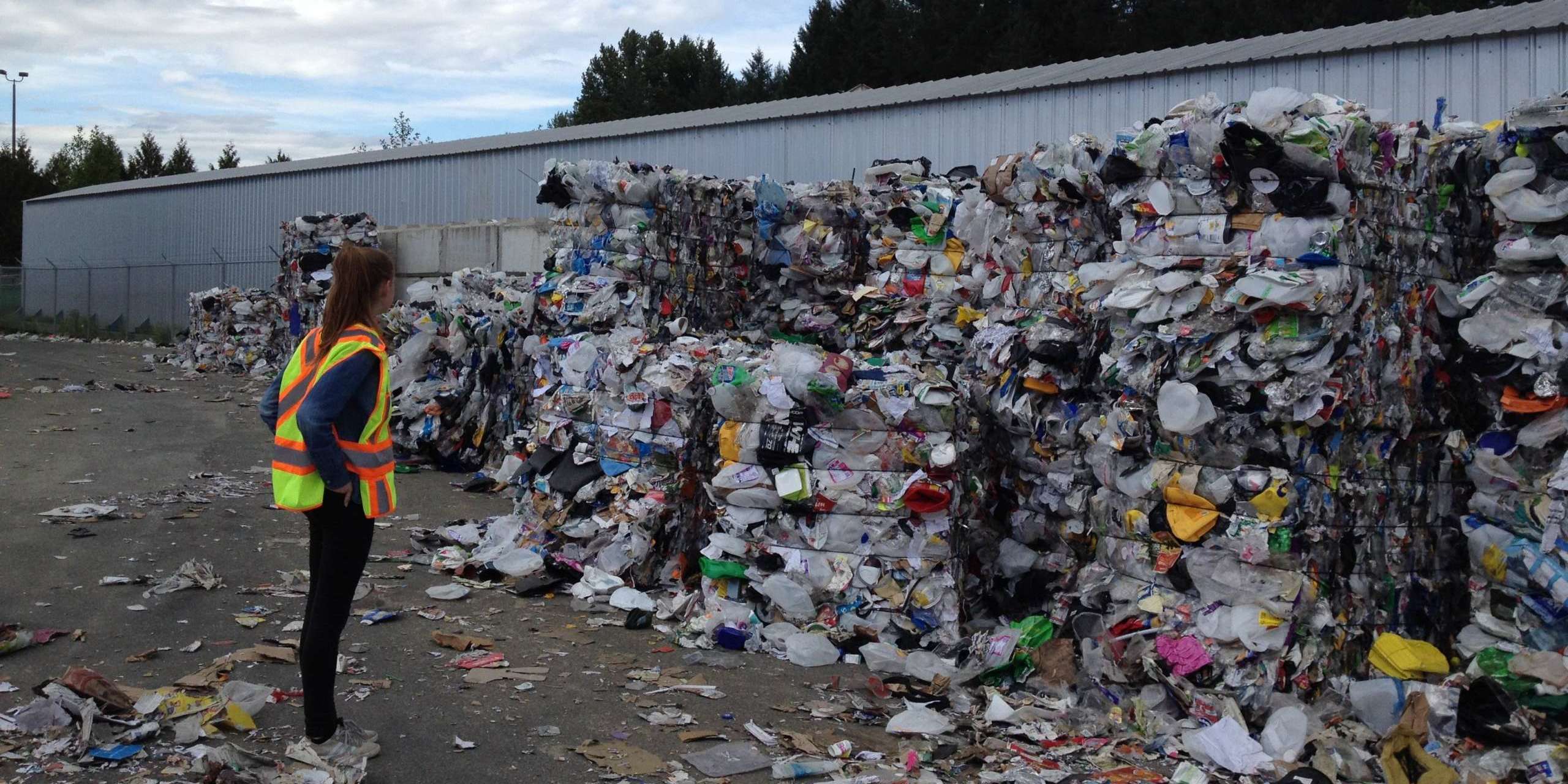 “We desperately need to make an environmental difference before it’s too late,” Bridges said at the event.

The town hall featured two guests from Colorado environmental organizations alongside the state lawmakers. Jasmin Barco is the Outreach Coordinator for Eco-Cycle, one of the original non-profit recyclers in the U.S. Eco-Cycle was started by volunteers who, in 1976, made Boulder one the first 20 communities in the country to offer curbside recycling.

Barco shared a video that showed the Boulder County optical sorter, a machine which uses lasers and air ducts to sort recycling at high speeds, in action. She also explained why you should not shred your paper before recycling it, why you should keep the cap on your recyclable bottles, and why rinsing off your recyclables is helpful for recycling center workers.

“We need to remember that actual humans work at these places, not just machines,” Barco said. “Shredded paper can turn into papier-mâché-type substances, and contaminated liquids can damage machines or potentially harm workers, but you can easily help avoid this.”

Barco also explained the benefits of a bill Froelich co-sponsored this year that would incentivize recycling-end-markets, a term for manufacturers that use recycled materials to make new products, to open facilities in Colorado. The bill was signed into law by Gov. Jared Polis (D-CO) in July.

Sara Rose Tannenbaum was the other guest at the town hall and is a climate advocate for Conservation Colorado, an environmental advocacy group. Tannenbaum praised Colorado’s climate action plan—passed in 2019 and co-sponsored by both Froelich and Bridges—along with the work that Colorado legislators have put in so far to pass environmental policies.

But Tannenbaum also mentioned that while the goals outlined in the plan are part of a positive change, they need tangible measures to achieve them. Bridges echoed her sentiment.

“Having a pro-climate majority in the legislature is so important for getting that change done,” Bridges said. “There is a lot that private energy groups are doing, but this is the kind of change that requires us to get involved at the legislative level. It’s nice to set these goals, but we need to put some teeth in them to actually achieve them.”

Froelich promised palpable change as well and advocated for voters to look for pro-conservation candidates at city and county levels when voting in November’s election.

“It’s very hard to change the direction of this ship,” Froelich said. “We keep getting a lot of pushback but we’re going to do everything we can to protect our air, land, and water in Colorado.”

Tannenbaum took time to emphasize that climate change will disproportionally affect those in marginalized groups, like communities of color and poor communities.

“I want to speak to our legislators about environmental racism: inaction is not an option for our vulnerable populations,” Tannenbaum said.

Bridges said the COVID-19 pandemic is an opportunity to rebuild the economy with environmental sustainability as a primary focus.

“The best thing we can do as we come out of this economic downturn is that we can build in the right way,” Bridges said. “I really wish Washington D.C. functioned, but a lot of the change has to come at the state level.”

Groups like 350 Colorado, an environmental advocacy group, similarly call for a “just recovery” in the wake of the pandemic. In an interview with the Colorado Times Recorder in June Micah Parkin, executive director of 350 Colorado, explained that environmental policies should account for the effect climate change will have on the marginalized.

“Our main focus leading up to the elections in November is calling for a just recovery,” Parkin said. “That means focusing on a Green New Deal and elements of a Green New Deal. That means allowing our front-line communities and communities of color, who many times feel the brunt of the effects of the climate crisis and by oil and gas corporations, to lead the way.”