Mucking through the Fever Swamps™ like I do on a daily basis can be disheartening to say the least. The speed at which conservatives went from #NeverTrump and claims of anti-statism to being Trump apologists was amazing to behold.

Even now, as Trump invites the Russians into the Oval and reveals classified info that could endanger vital intelligence-sharing agreements, they stand behind him.

I’ve written about Kendal Unruh before. She has been consistent in her never-Trump-ism from the start. In the wake of the Oval office scandal now unfolding, she posted this Erick Erickson column in which he says “told you so”. 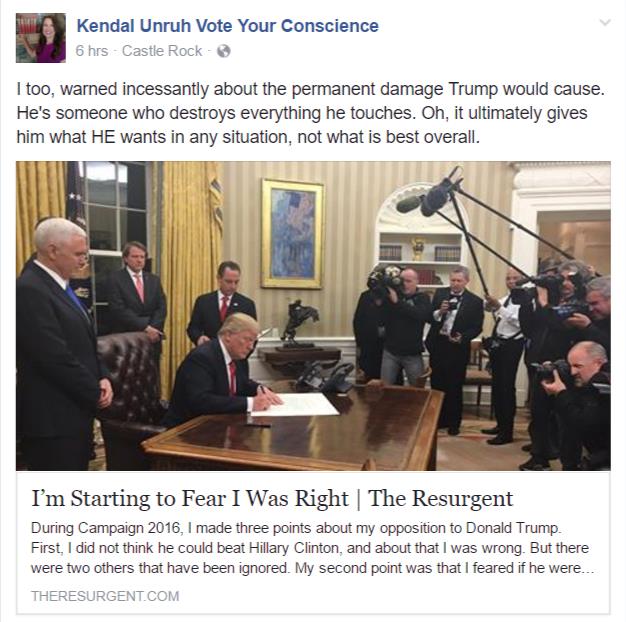 She is right. She did warn her party about what Trump would mean to them. In particular, she warned that nobody in the GOP Congress would ever do anything to hold him accountable. As a result, she said, the GOP would own his actions, and it would destroy the party. 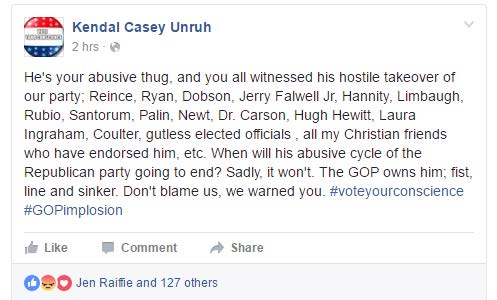 Here’s a post where she described fairly accurately the United States descent into being a Banana Republic as a result of Trump’s fealty to the Russians. 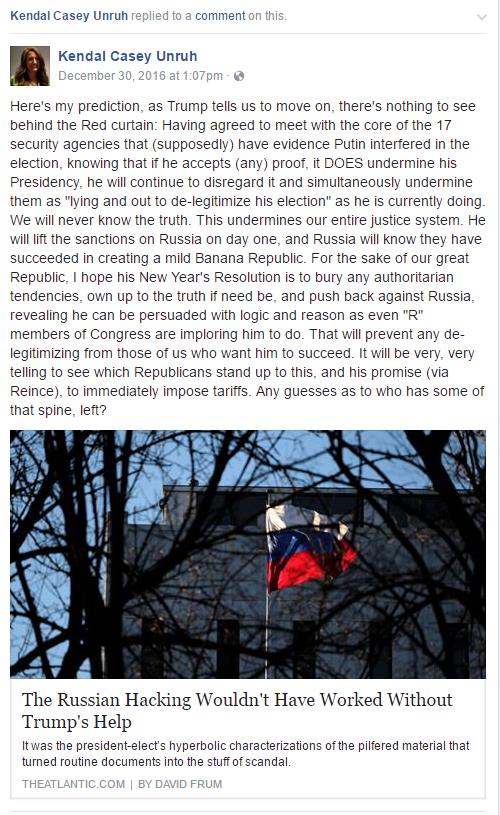 Kendal Unruh is as hard-core a conservative as you will find in Colorado, but unlike her contemporaries, she took a principled stance against Trump and has never relented. As someone who believes we need a functional Republican party for our country to get back on track, she is a breath of fresh air in the sewer of Republican sycophancy.