As you may know, the right has been making outrageous, unsubstantiated claims about the murder of Seth Rich, a Democratic operative who was killed. Sean Hannity has been pushing the story along with right-wing fake news outlets. This is, of course, nothing new for the hard-right, who have been clinging to long-debunked stories of the Clintons having people murdered for 30 years. Here are a couple of examples:

Tom Ready is a Republican fundraiser who gets nearly everyone who is anyone in the Colorado GOP to come to his yearly fundraising event: 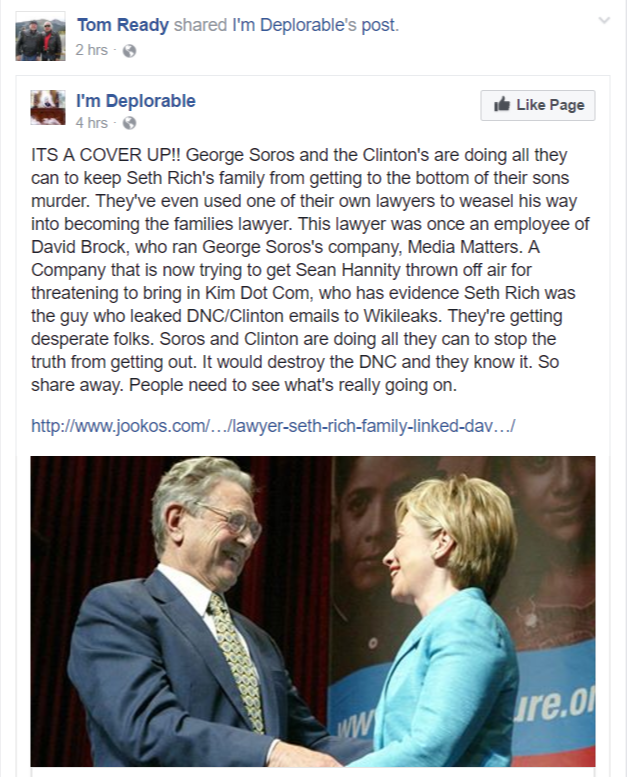 Advancing Colorado is an astro-turfing outfit that has morphed from being policy oriented to printing your crazy uncle’s emails as if they are truth: 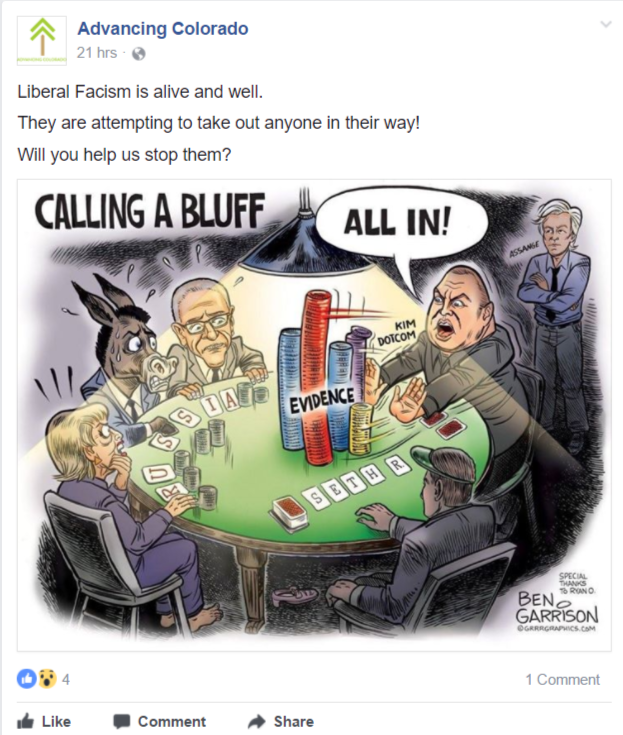 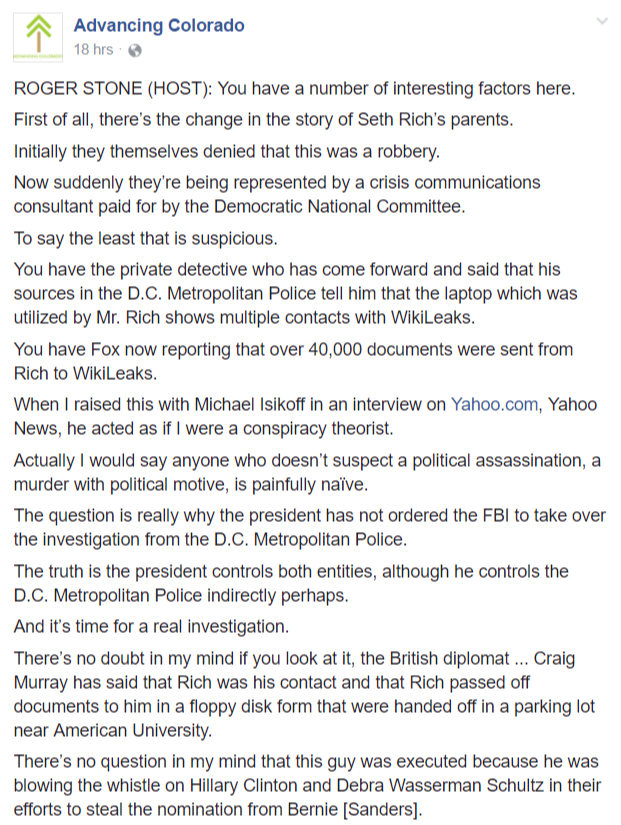 Tom Tancredo is a former GOP congressman and candidate for governor who is now infamous for his unrestrained bigotry: 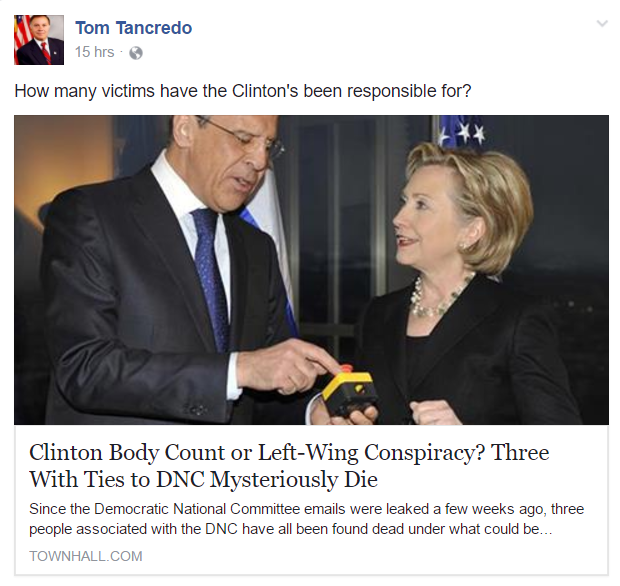 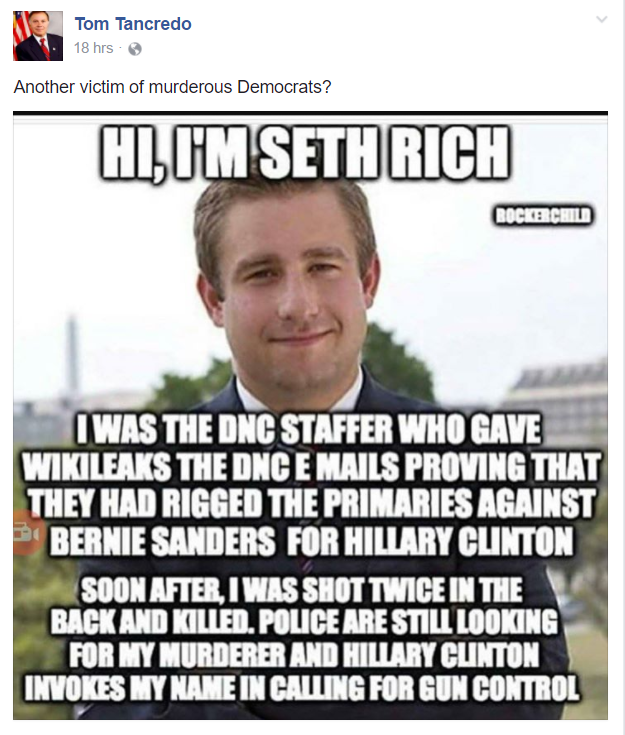 The Gunnison County Republican Party has endorsed the conspiracy theory: 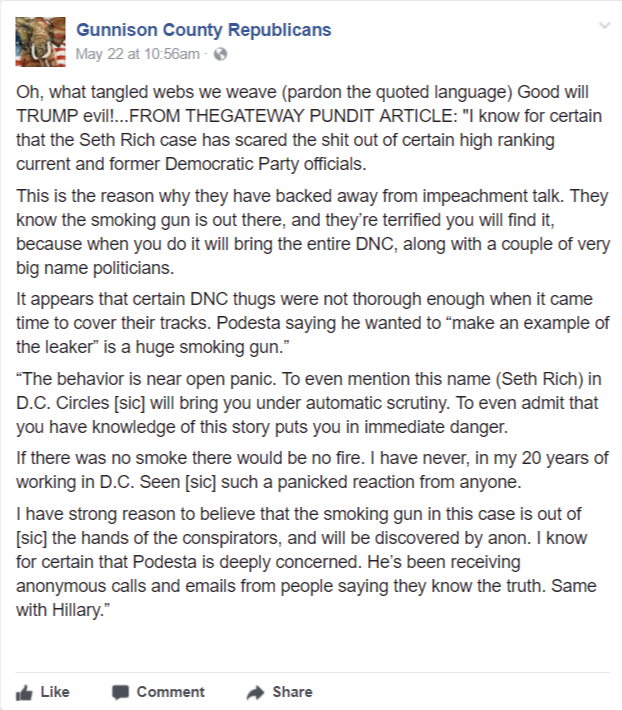 Keep in mind many of these posts were made after Fox News retracted the story and after every major media outlet had done the same.

But it’s not all bad news I suppose. A couple of prominent conservative activists called out the conspiracy mongering for what it is: 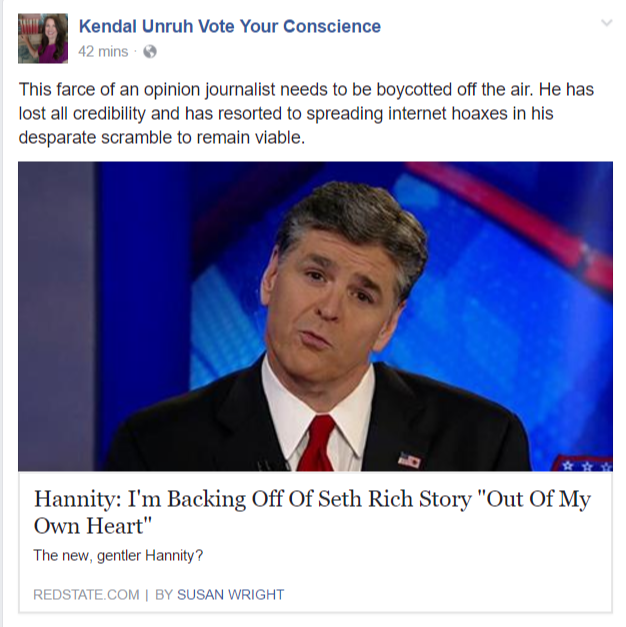 Unfortunately, despite these pleas to knock off the evidence-free conspiracy theorizing, the Seth Rich murder continues to be a big story in the Fever Swamps™. The truth be damned!