I see this a lot in the Fever Swamps™. Someone posts a depiction of LGBTQ people being stoned to death or thrown off buildings in theocratic countries. The implication is that liberals just don’t care about persecution in Muslim countries. In this case the headline asks: “Where is the liberal outrage…?” To his credit, Scott Wills, a former school board member and former longtime chair of Elbert County GOP, seems to show genuine concern in his remarks: 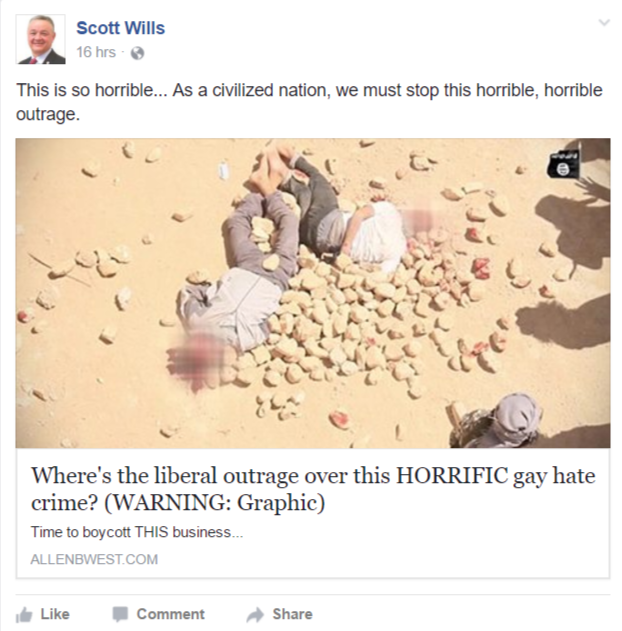 First, let’s dispense with the nonsense that liberals are silent or don’t care about anti-LGBTQ hate crimes overseas. Here’s a story about Obama’s efforts to “export” gay rights to other countries using diplomatic pressure:

The U.S. has deployed its diplomats and spent tens of millions of dollars to try to block anti-gay laws, punish countries that enacted them, and tie financial assistance to respect for LGBT rights. It was a mission animated in part by former Secretary of State Hillary Clinton’s declaration that “gay rights are human rights.”

Got that? Not only are liberals “outraged” by such despicable and murderous behavior, we have been actively trying to do something about it.

On the other hand, the right wing has been actively trying to undermine the human rights of the LGBTQ community for decades. Note the indifference of the Trump administration to the murderous treatment of gays in Putin’s Russia. Far from speaking out for human rights, the Trump administration is actively seeking to undermine rights here in the USA by preparing to issue an executive order that would severely undermine the rights of individuals to be free from discrimination here in the USA.

Lupu added that the language of the draft “might invite federal employees,” for example, at the Social Security Administration or Veterans Administration, “to refuse on religious grounds to process applications or respond to questions from those whose benefits depend on same sex marriages.” If other employees do not “fill the gap,” he said, it could “lead to a situation where marriage equality was being de facto undermined by federal employees, especially in religiously conservative communities,” contrary to Supreme Court rulings.

Wills is certainly not the worst example of this phenomenon in Colorado. Here are some other variations on this theme:

Marsha Looper is a former Republican member of the Colorado State House: 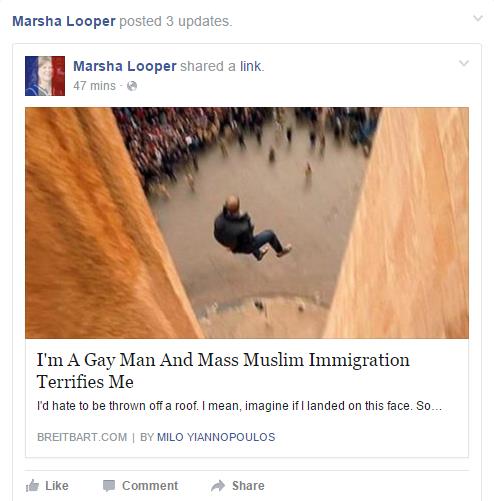 Marla Reichert is currently the Pueblo County Chair of the Republican Party: 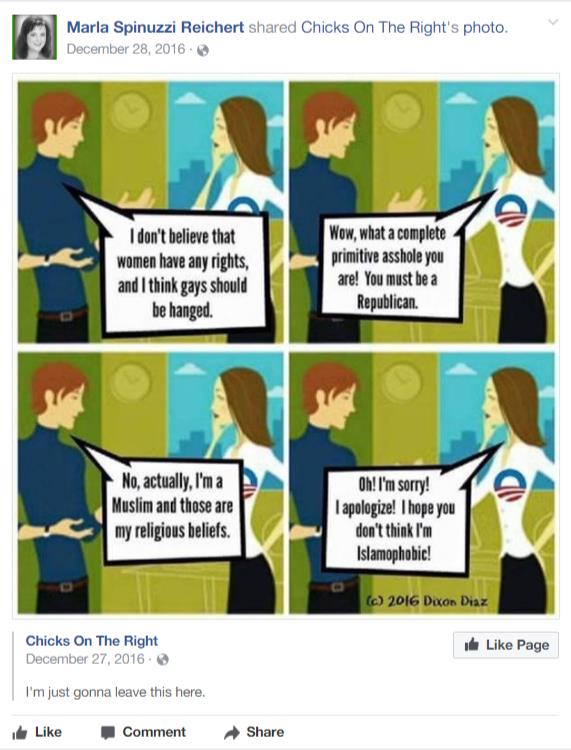 Casper Stockham ran for Congress on the GOP ticket in 2016: 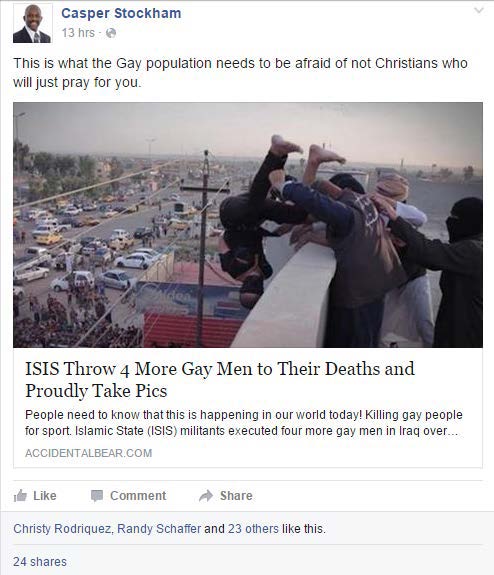