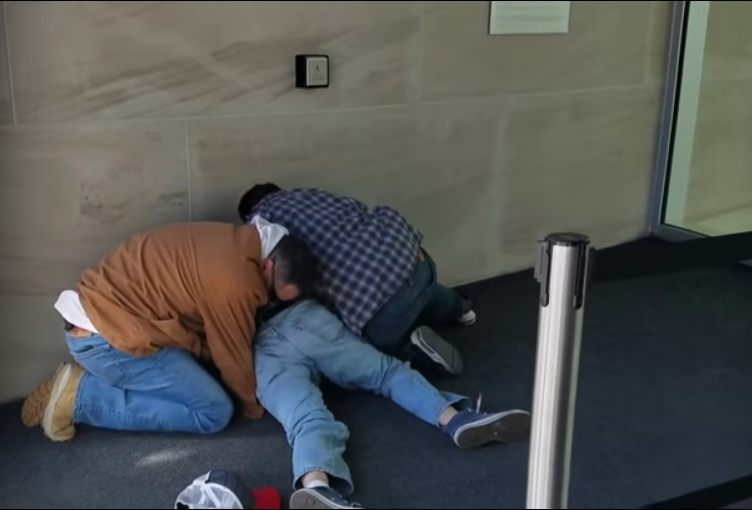 Two videos in which undercover Immigration and Customs Enforcement (ICE) agents can be seen conducting arrests at courthouses were released by the Meyer Law Office Tuesday.

The two incidents occurred just weeks after Denver Mayor Michael Hancock and other city officials issued a letter asking ICE agents to stop conducting business in and around sensitive locations like courthouses and schools. ICE has previously honored sensitive locations due to a policy that stipulates enforcement actions around such areas should “generally be avoided.”

The first incident, which occurred April 28, involves a man who appeared at Denver County Court for matters related to a misdemeanor traffic offense. The arrest was documented by his girlfriend, who can be heard screaming in the video. The man can also be heard shouting mi mano (my hand), and appears to be under a considerable amount of pressure from the agents. Both the man and his girlfriend wish to remain anonymous.

Warning: Some strong language can be heard at the beginning of the third video in the playlist depicting the encounter.

The second video shows Mr. Antonio García being arrested at Denver County Court May 5. It was filmed by García’s attorney, Matt Keller, who asked the ICE agents to identify themselves, provide a warrant, and take a list of García’s prescription medications into custody with him. The agents, who were dressed in plainclothes, didn’t heed Keller’s requests.

Keller said at a press conference at the Meyer Law Office Tuesday that García had come to court that day for a proceeding related to a “relatively minor” misdemeanor traffic offense. Keller added that he was surprised at how quickly ICE was able to identify and arrest García. 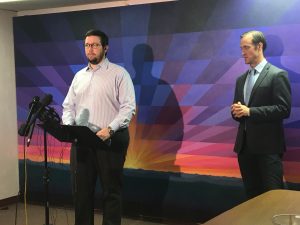 Principal Attorney Hans Meyer said the arrests are a clear indication that ICE has completely disregarded Mayor Hancock’s letter asking them to steer clear of sensitive locations. Meyer also pointed out that the April 28 arrest was made just one day after his law office and several immigrant rights groups called on the city to adopt a set of sanctuary city policies at a community meeting, calling it a “spit in the face” from ICE.

Meyer’s law office, along with a handful of city officials and advocates, have raised concerns that immigration enforcement around courthouses will hinder citizens’ ability to trust law enforcement and show up to court to tend to their business, whether they be witnesses, victims, or defendants.

Following the president’s executive order on immigration, Mayor Hancock said he’d be happy to call Denver a sanctuary city. But there’s no legal definition of the term, and although immigrant rights advocates like the Meyer Law Office have applauded the city’s apparent readiness to stand up for immigrant communities, they want the city to implement actual policies to guarantee specific protections.

At the April 27 meeting, the Meyer Law Office, joined by several of the state’s leading immigrant rights organizations, unveiled a set of policies that, in their view, would make Denver a true sanctuary city. 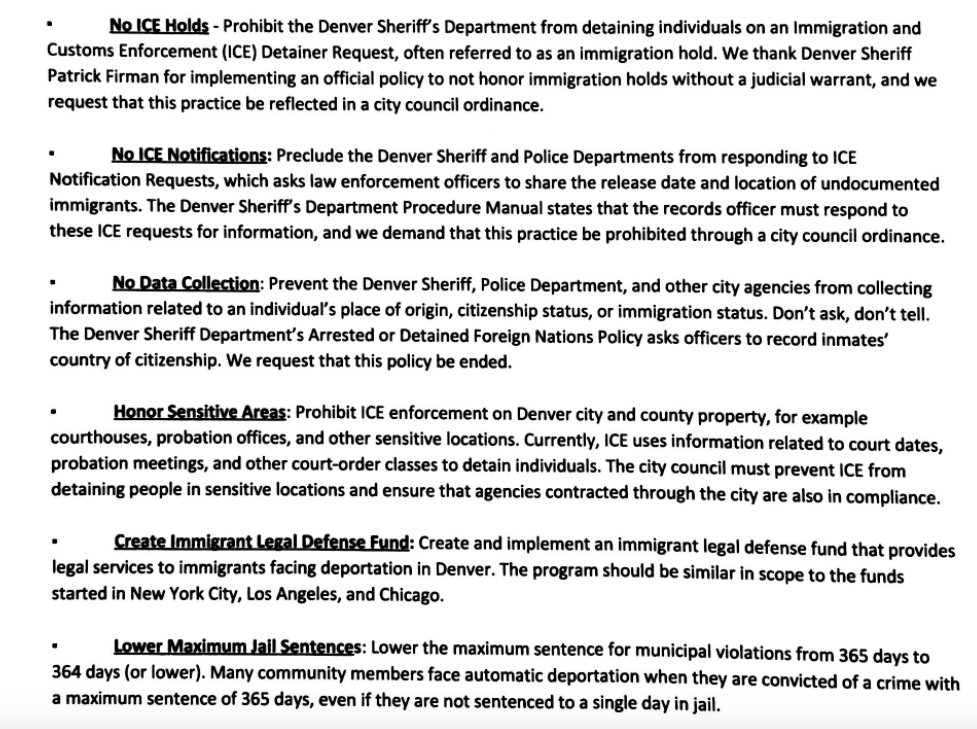 Deputy city attorney Cristal Torres DeHerrera wouldn’t give a yes or no answer when asked if she would support the sanctuary city policies outlined at the meeting, to which many in attendance expressed frustration. She did, however, try to assure the crowd the city was working on ways to protect immigrant communities.

“In the meantime, families are being separated,” one crowd member said.

Since the city was made aware of ICE conducting business in courthouses a few months ago, Denver has enacted a policy allowing people to mail in pleas for traffic court. But it’s unclear whether or not Denver officials plan on doing more to make the city a true sanctuary for immigrant communities.