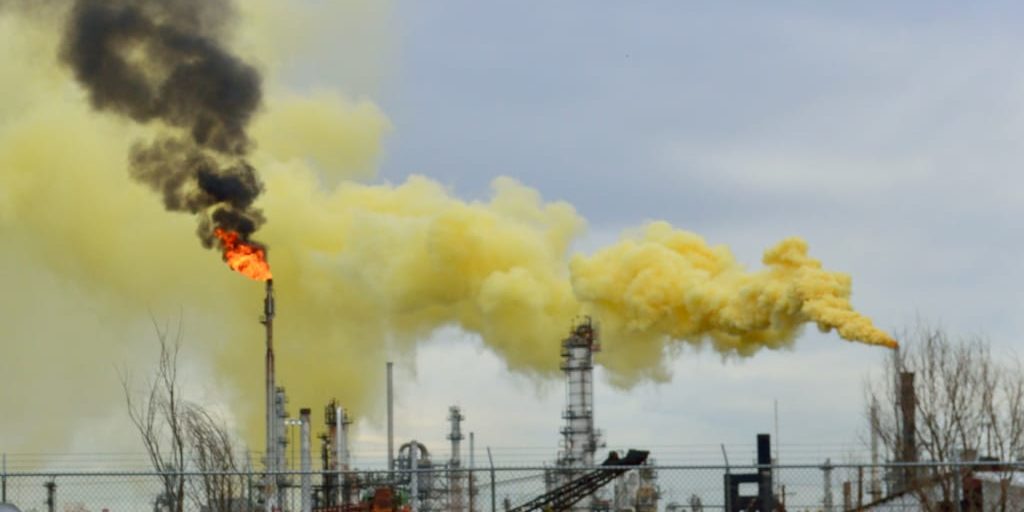 Yesterday 40 environmental advocacy groups delivered a joint letter opposing the construction of an oil pipeline from Suncor, a Canadian energy company that operates the Commerce City Refinery. The refinery is the only oil refinery in Colorado.

The groups claim that the pipeline will increase greenhouse gas emissions and the pollution already rampant in Commerce City and the surrounding areas. Because this pipeline is being built off an already existing pipeline, the public comment period that would otherwise be a mandatory part of this process has been bypassed. Construction on the pipeline has already begun.

Suncor’s proposal is called the “Rocky Mountain Pipeline Project” and aims to replace an already existing pipeline in order to triple the capacity for the amount of crude oil delivered to the Commerce City Refinery.

The letter, which can be read here, was delivered to the Federal Energy Regulatory Commission, US Department of Transportation, Pipeline and Hazardous Materials Safety Administration, Army Corps of Engineers, and Colorado’s Congressional Delegation. It outlines concerns from environmental groups that the pipeline could be hazardous to the environments and communities surrounding the pipeline.

The pipeline would run from Cheyenne, Wyoming to Commerce City, Colorado, crossing the South Platte River and a 100-year floodplain.

The South Platte river supplies water to much of Eastern Colorado and has dealt with pollution-related issues over the past few years. In 2021 a state survey found that 25% of the South Platte river — including parts in the Denver-metro area — failed to meet Colorado’s water quality standards.

The area surrounding the Suncor refinery, which includes Commerce City and parts of North Denver, is one of the most polluted areas in the United States and is within the Environmental Protection Agency’s (EPA) ozone nonattainment zone.

In 2020, Suncor was forced to pay a $9 million settlement to the state of Colorado after numerous lawsuits alleged Suncor had repeatedly violated state rules regarding pollution.

Scientific studies have found that emissions from oil and gas production are a significant contributor to climate change. This fact, along with the fact that climate change and pollution both disproportionally impact marginalized communities spurned environmental advocates into action, according to Patricia Garcia-Nelson of GreenLatinos, one of the groups that authored the letter.

“The Line 1 expansion is another example of the rampant environmental injustice that occurs in Weld & Adams Counties,” Garcia-Nelson said. “It’s no secret that Latino communities are disproportionately impacted by oil & gas operations. This expansion impacts communities in two countries & four states. Suncor has a history of operating failures that harm communities; they should not be rewarded for bad behavior.”

Pollution from oil and gas production can cause a variety of health issues, a worrying trend that has already shown up in Commerce City, partially due to pollution from the Suncor refinery. Lucy Molina, a Commerce City resident and community organizer, said that this concern should be addressed before the construction of the pipeline is continued.

“Cancer, Leukemia, asthma, migraines, and bloody noses have become a norm in our neighborhoods,” Molina said. “In addition to the climate chaos, our community is already burdened by extreme deadly fracking and refining, will this be the fatal blow? Instead of investing in ancient sources of energy, we must lead our state to a just transition without leaving anyone behind and instead take the lead into a clean and safer future. No to line 1.”