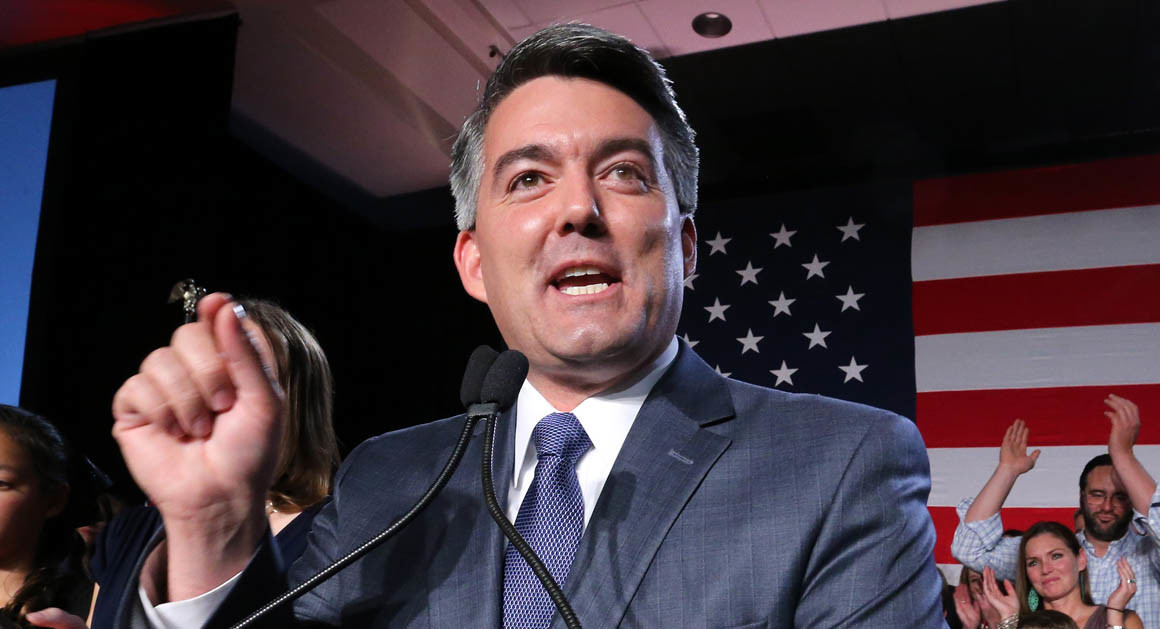 U.S. Sen. Cory Gardner (R-CO) has been under fire for refusing to face his constituents this year at a town hall meeting. But he still believes it’s his job to get input from all the people he represents.

“My job is to listen to my constituents, regardless of party affiliation and get things done that benefit Colorado,” Gardner stated on Facebook this week, promoting an appearance with U.S. Sen. Michael Bennet (D-CO).

Protesters have trailed Gardner at events across the Colorado, asking for a town hall meeting.

“Cory Gardner is not listening to his constituents. He’s supposed to listen to all his constituents, not just the special interests that can afford to pay him,” Judi Simecek of Carbondale told the Glenwood Springs Post-Independent last month at a rally in front of a Gardner event.

Asked repeatedly by a Denver TV reporter if he planned to have an in-person town hall, Gardner said in February, “In my time in Congress, we’ve held over 100 town halls. Last year, we were across all 64 counties in the state. We’ve met with protesters. My office has met with protesters. We’ll continue to do that. We’ll hold a number of tele-town halls in the future. And I hope that people will go onto our website and join them.”

Before he was elected to the U.S. Senate, Gardner promised to hold “town meetings,” so constituents could hold him “accountable.”

All the other members of Colorado’s congressional delegation have held town hall meetings this year, except Gardner.

U.S. Rep. Ken Buck (R-CO) has said he has a “great time” answering questions from liberal critics at public meetings.