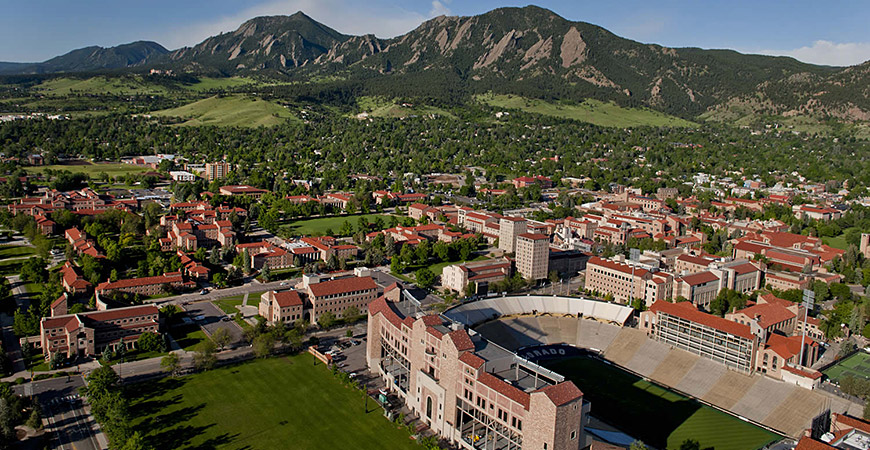 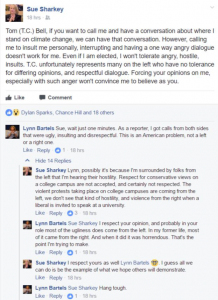 In a Facebook post last week, University of Colorado (CU) Regent Sue Sharkey stated that “conservative views on a college campus are not respected, and certainly not accepted.”

Asked by the Colorado Times Recorder if she stands behind her statement, Sharkey said, “Yes, of course. You see that at universities across the nation.”

And at CU in particular?

The issue came up on Sharkey’s Facebook page after she wrote that a Facebook commenter “represents many on the left who have no tolerance for differing opinions, and respectful dialogue.”

Bartels: Sue, wait just one minute. As a reporter, I got calls from both sides that were ugly, insulting and disrespectful. This is an American problem, not a left or a right one.”

Sharkey: “Lynn, possibly it’s because I’m surrounded by folks from the left that I’m hearing their hostility. Respect for conservative views on a college campus are not respected, and certainly not accepted.”

Asked why she’d say she’s surrounded by “folks from the left” when a majority of the CU regents are Republicans, and the CU President, Bruce Benson, is a well-known Republican, Sharkey stated:

Sharkey: “We have five out of nine Republican Regents out of thousands of students and faculty and staff who identify as Democrats. The statistics have shown faculty, by a large majority, are registered Democrats. The president [of CU] is not politically active. Period. He may be affiliated as a Republican, but he’s not a Republican activist by any means. He’s running the University. He’s not acting as a Republican. He’s acting as a university president, as he should.”