I have to admit that it is hard to read what conservative officials post on Facebook sometimes. This morning was one of those days. I went looking for conservative reaction to the testimony of former acting Attorney General Sally Yates, in which she described warning Trump’s counsel that Michael T. Flynn was compromised by the Russians and had been lying to members of the administration, including the vice president.

“To state the obvious: you don’t want your national security adviser compromised by the Russians.”

I was optimistic that the stark terms laid out by the very composed and serious Yates would cause some conservatives pause and perhaps pop their bubble of obliviousness to the Russian ties in the Trump administration. That optimism was soon gone. For the most part, people simply were not commenting on the hearing. The few instances where they did refer to it were to blame Flynn’s hiring on… Obama. 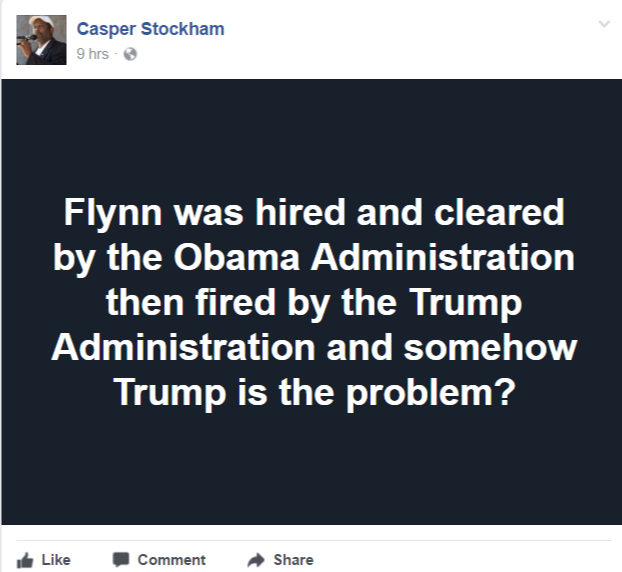 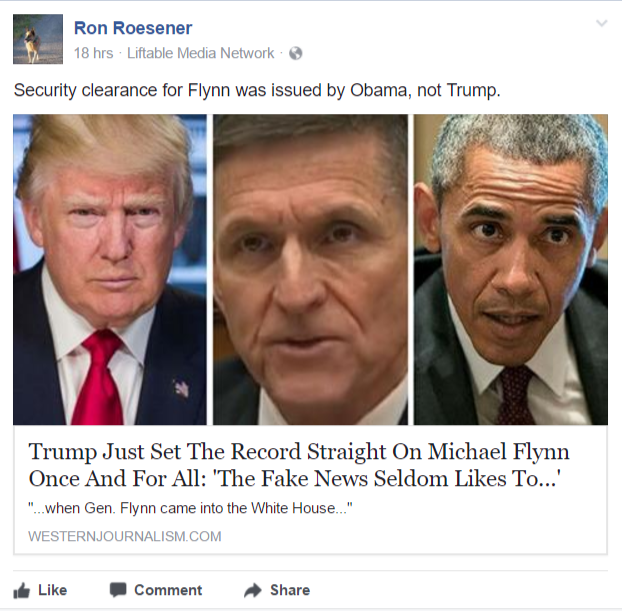 Got it? It was all Obama’s fault, since Obama’s administration once vetted Flynn. What these former candidates for the U.S. House of Representatives and the state House of Representatives respectively either fail to mention or don’t know is that Obama fired Flynn in 2014, and as the media is now reporting, he actually warned Trump not to hire Flynn.

According to all three former officials, Obama warned Trump against hiring Flynn. The Obama administration fired Flynn in 2014 from his position as head of the Defense Intelligence Agency, largely because of mismanagement and temperament issues.

So it’s the age-old question: ignorant or cynical? Either Casper and Ron don’t know these very basic and widely reported facts, or they don’t care and are knowingly spreading falsehoods on Facebook.