I’m not sure who is running the astroturf outfit Advancing Colorado these days. They haven’t issued any press releases since Jonathan Lockwood moved on to Oregon to be the mouthpiece for the Oregon Senate GOP. But occasionally they still tweet, and this recent one caught my eye. 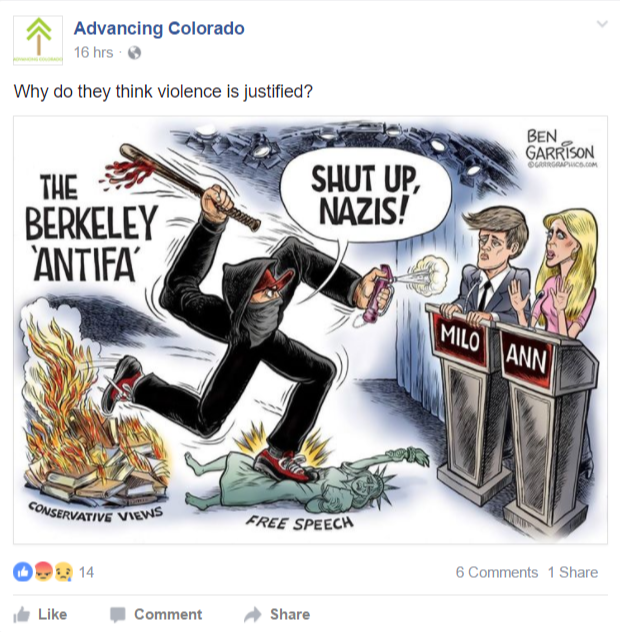 I’m not sure why anyone would want to associate with or defend Milo Yiannopoulos, an admitted pederasty apologist, racist and misogynist. Second, Ann Coulter declined an invitation to speak on an alternate date. Berkeley did not cancel.

Yes, of course I denounce violence—including political—but the idea that mainstream Democrats (as opposed to the anarchists who generally perpetrate these acts) advocate violence is an obvious strawman.

Ann Coulter has a history of implying that violence against the left is justified, which makes this cartoon even more ridiculous and off-base. Here are some examples: 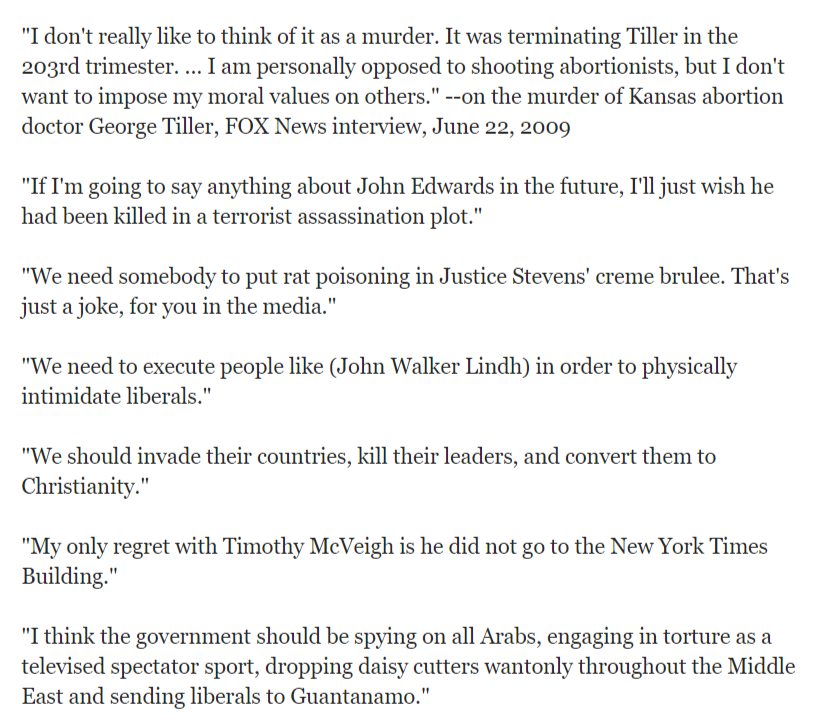 My question for the mystery man or woman who is tweeting for Advancing Colorado: are threats of violence and intimidation OK if you’re a Republican icon?