Marla Spinuzzi Reichert is the newly elected chair of the Pueblo County GOP. She is also prone to posting fake news. Here are just a few of the many examples from over the last few months. 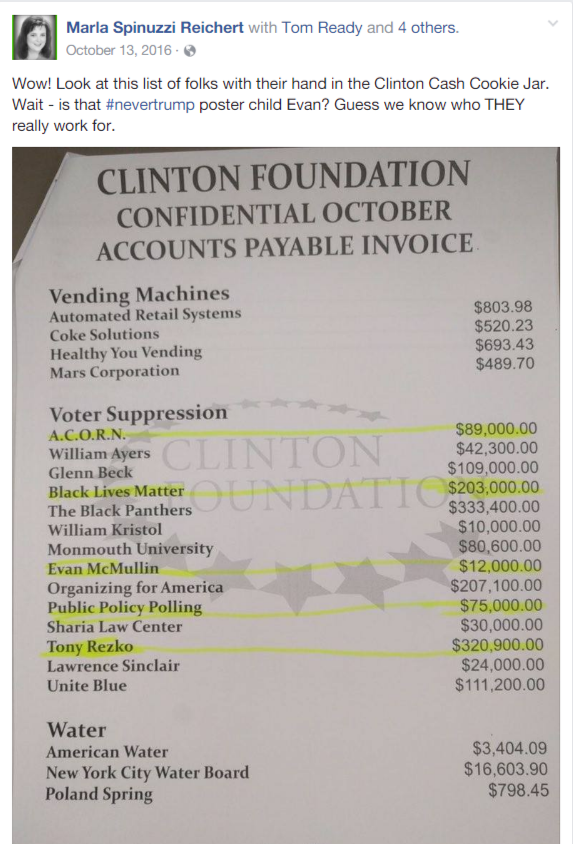 Here is a debunking of the above “invoice”. When something is so obviously fake, why would a person post it? She left it up despite most of the comments on the thread telling her it is fake. 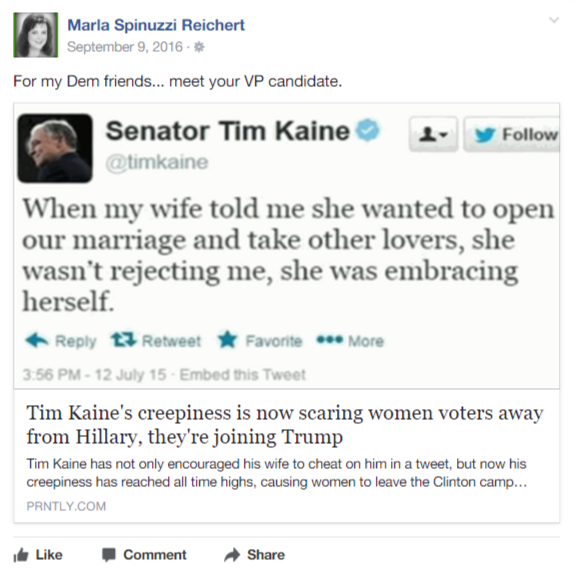 Here is Snopes debunking of the above fake tweet.

Below is a meme she shared that makes fraudulent claims about voter fraud. 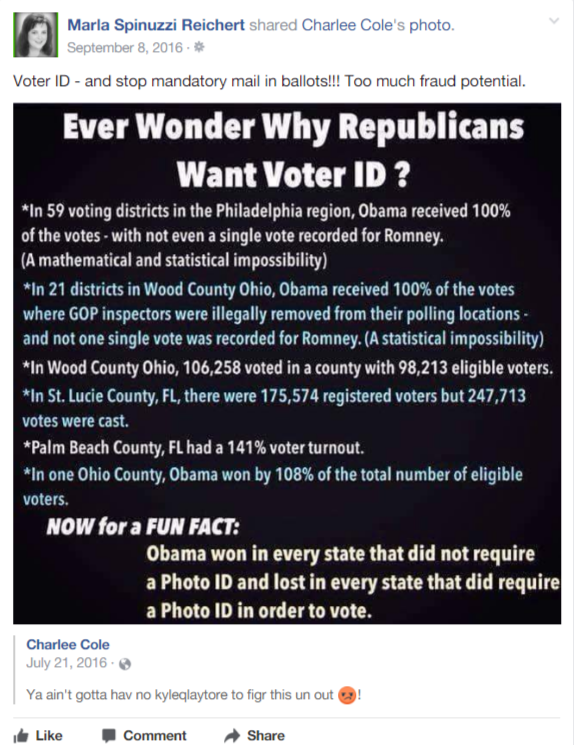 Marsha, if you want to be taken seriously it’s time you get serious and take the Fake News Pledge. Delete the fake news from your timeline and start checking your sources before you post things!