Remember a time not so long ago when Wikileaks and Julian Assange were persona non grata in the eyes of Republicans—enemies of America in fact? Here’s what former and sometimes current right-wing radio host Mike Rosen thought of them then:

And do you remember when things changed? It was when Wikileaks started leaking emails stolen from Democratic campaigns in the run-up to the election of Donald Trump. Suddenly, Wikileaks was “doing the job that MSM WON’T!” 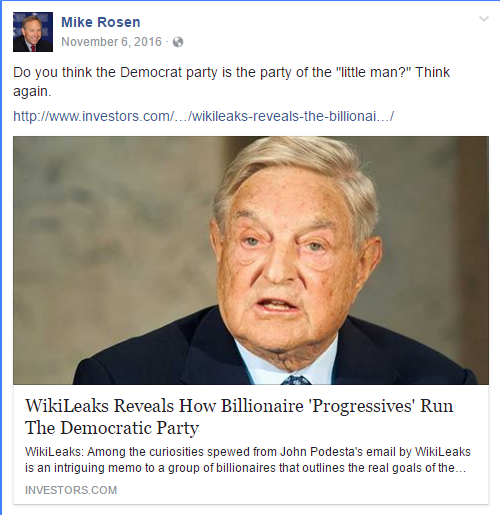 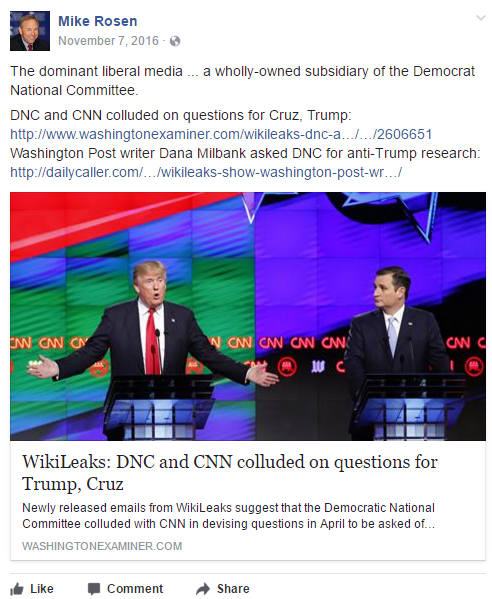 And now, ladies and gentlemen, we are into the third act of the duplicitous syndrome I am dubbing “It’s OK If You’re” Republicanism: The categorical compulsion to set aside any pretense of principles to say the opposite of what you said yesterday in order to promote the political party to which you are categorically wed.

See how quickly, without any notions of self-awareness or shame, a self-described party-over-principle hustler like Mike Rosen can do an about face and contradict the things he was saying just yesterday?

Now that his man Donald “Russia, if you’re listening, I hope you’re able to find the 30,000 emails that are missing” Trump is the subject of hurtful leaks and disclosures, Rosen has re-remembered his disdain for leaking and really wants to see something done about those “unelected bureaucrats” leaking “career-destroying materials.” 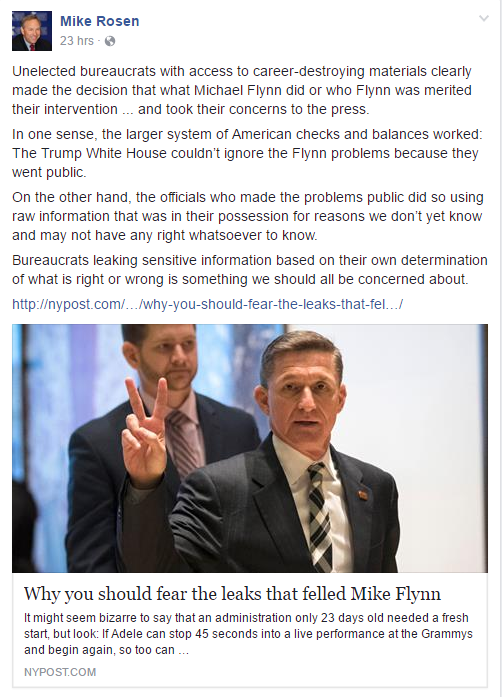 You would expect people who embrace “It’s OK If You’re” Republicanism to at some point be hoisted on their own petard of duplicity, but I fear in the current climate—where tribalistic confirmation bias inoculates people from comprehension of their own internal contradictions—the hoisting might never come, and transparent partisans like Rosen might just go skipping on their merry way, leaving a trail of dissonance in their wake.

Or perhaps a rare moment of self-awareness and conscience will at long last force Republicans to take pause and realize that abandoning principle for the sake of power has not brought about the Utopia they have long hoped would result from one-party rule, and that they have lost their way.

Probably not, from the looks of it. 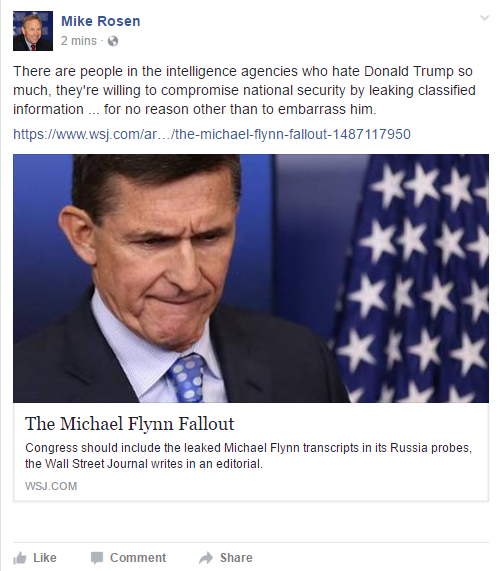