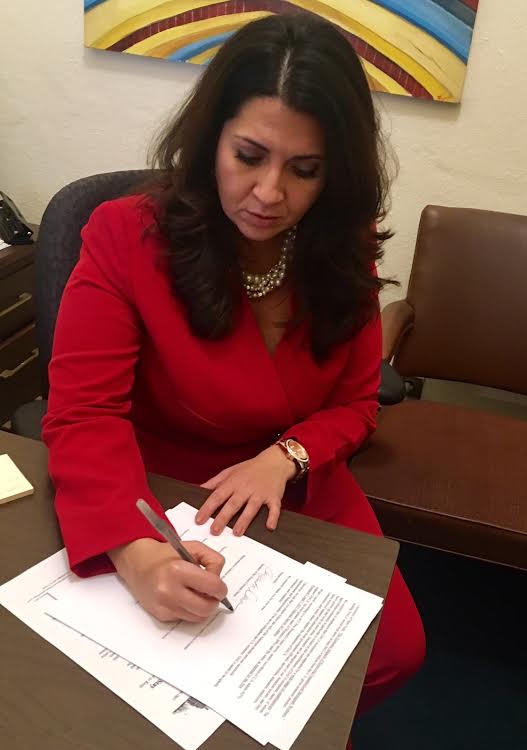 Colorado’s Latino Democratic Caucus penned a letter to President Donald Trump Thursday asking him to allow Deferred Action for Childhood Arrivals (DACA) recipients, or Dreamers, to stay in the U.S.

The executive order, which was put forward by the Obama administration in 2012, allows undocumented immigrants who arrived in the country as children to live, work and attend school in the U.S. for a limited number of years.

Now, their future is uncertain under the new Trump administration.

As a candidate, Trump said he’d dismantle DACA as part of his plan to crack down on immigration, and although he was softer as president-elect, he was also vaguer. In an interview with TIME Magazine, he said “we’re going to work something out [with Dreamers] that’s going to make people happy and proud,” but didn’t provide any specifics.

“We are simply asking that the president-elect put an end to the fear and uncertainty of the 742,000 men, women and children, and the millions of our fellow Americans that know them as our friends, neighbors, family members and coworkers,” State House Speaker Crisanta Duran (D-Denver), the first Latina Speaker of the Colorado House of Representatives, said in a statement.

“We are talking about keeping families—children and mothers and fathers—together. This is their home and they are a part of us.”

The letter made appeals to Trump as a businessman, noting the potential for harmful disruptions in the agricultural community and businesses who rely on Dreamers as employees:

“Without federal authorization to work, employers will have no choice but to terminate their employees who gained work permits through the DACA program. We are confident you are aware as a businessman that turnover costs are a tremendous burden on employers.”

It also cited a recent study from economists at Queens College of the City University of New York that found eliminating DACA would result in at least a $434.4 billion decrease in the country’s gross domestic product (GDP).

To read the letter in full, follow this link.