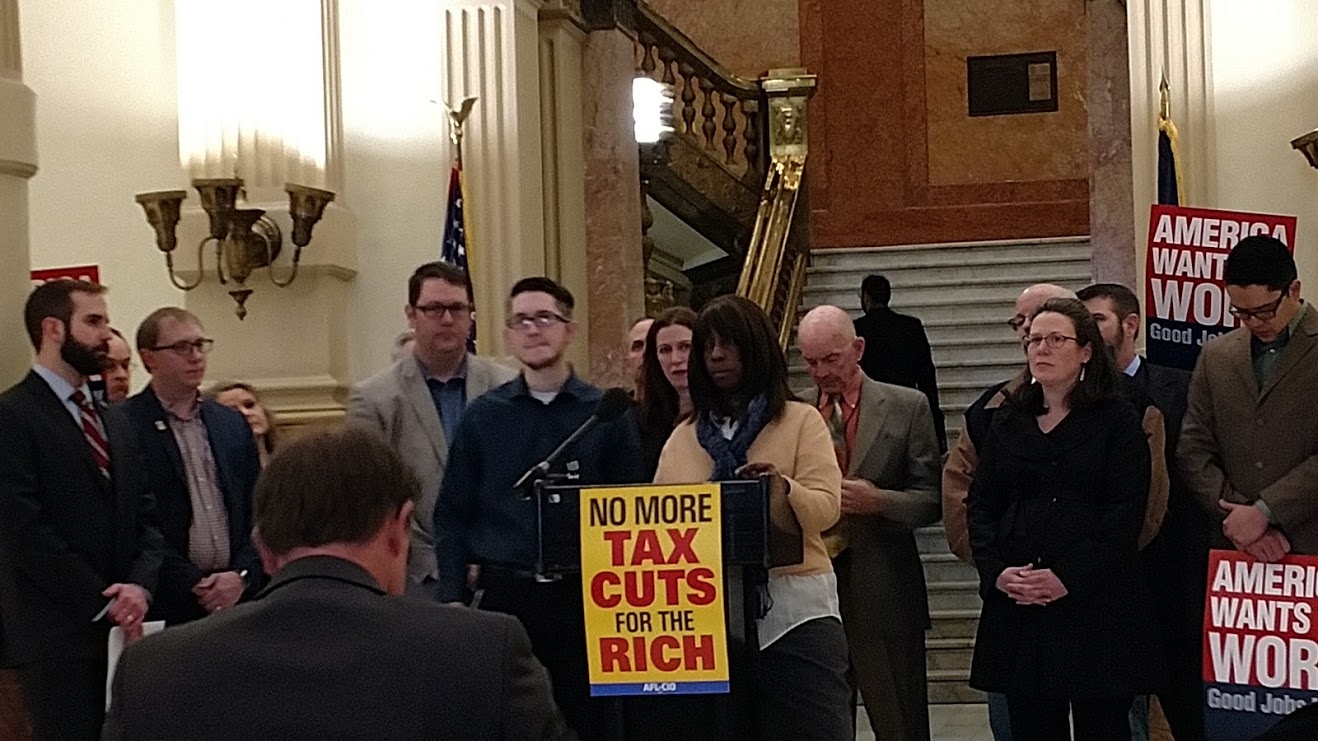 Executive Director Sam Gilchrist said in a news conference that the AFL-CIO would once again work with legislators to advocate for working Coloradans while opposing legislation that endangers their ability to provide for their families.

Gilchrist said healthcare is “one of the most fundamental rights that we have,” and called it “unconscionable” to introduce a bill that would endanger the health insurance of around 158,000 Coloradans using Connect for Health Colorado.

Many American families struggle to pay for health care, Gilchrist said, citing his own parents’ bankruptcy after paying for his costly asthma treatments when he was a child.

He added that the bill is a “thinly veiled attempt” to shove Coloradans on the federal exchange, which is in danger amid GOP’s “reckless” plans to dismantle the Affordable Care Act.

Critics of the exchange, including State Sen. Tim Neville (R-Littleton), a co-sponsor for the bill, point to a recent audit that alleged Connect for Health Colorado misspent $9.7 million in federal grants.

The Colorado Secure Savings Plan was introduced in the 2016 legislative session, but was postponed due to concerns about the bill’s approach. She characterized the plan as bipartisan and populist.

The AFL-CIO will also focus on advocating for issues like equal pay for equal work for Colorado women, said Forseth, adding that allowing for more transparency in the workplace when it comes to talking about salaries is a clear avenue for progress.

Forseth also said her organization would work to keep Colorado jobs from being moved out of state or overseas, echoing one of President Trump’s key campaign promises. She said they’d focus on jobs in call-centers, but didn’t offer details.