The Raging Against Their Own Dying Light

District 59’s GOP representative J Paul Brown (R) is apparently a big fan of Cliven Bundy, the freeloading rancher who wants taxpayers to fund his ranching because he apparently isn’t very good at it. Bundy is also a racist, as the following quote illustrates:

“And because they were basically on government subsidy, so now what do they do?” he asked. “They abort their young children, they put their young men in jail, because they never learned how to pick cotton. And I’ve often wondered, are they better off as slaves, picking cotton and having a family life and doing things, or are they better off under government subsidy? They didn’t get no more freedom. They got less freedom.”

Apparently that doesn’t bother J. Paul Brown, who sympathizes with Bundy and indicates that he himself is committing a crime which could land him in jail. 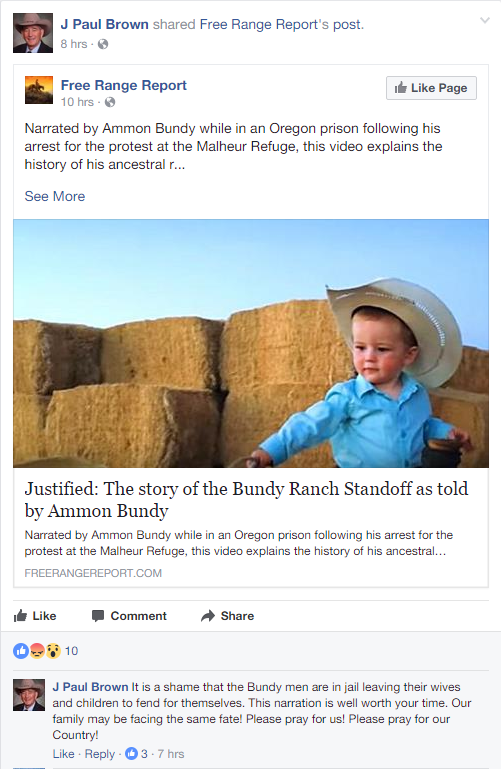 It’s not often a sitting legislator implies that he is violating the law. It might be a good opportunity for a journalist looking for a story to ask him which law(s) he’s violating.

I’m praying for you Representative Brown! I’m hoping you find your way back to the fold of law-abiding citizens before you end up behind bars with your fellow Republican lawmaker Tim Leonard.