There’s a lot of talk about the “bubble” that people are living in when they engage in social media. This weekend provided a perfect example.

On Friday, Donald Trump settled the fraud suit against Donald Trump University for 25 million dollars. He was accused of defrauding thousands of working people of their life savings in a scheme that offered little or no actual education. In a tweet, he even implied that he settled for much less than the potential award, meaning he probably pocketed a healthy profit on the scheme even after paying the award.

This morning, I wondered what Republican elected officials and candidates in Colorado would have to say about the case. I figured there would be lots of rationalizing for Trump and maybe a few people would call him out for it. So I scrolled through three days of posts and found lots like this: 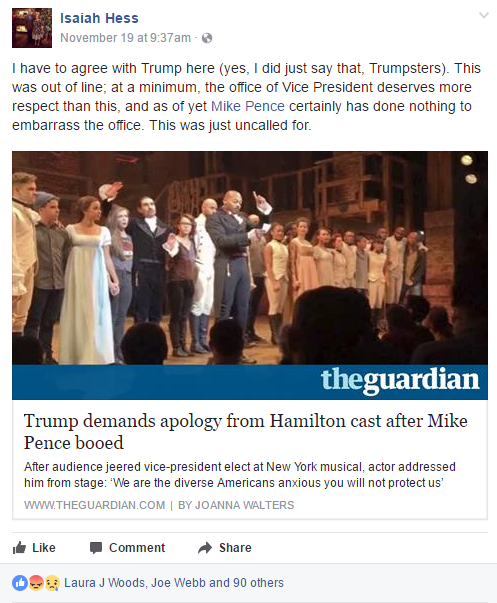 That’s right. Lot’s of aggrieved hand-wringing about a smattering of boos when Pence attended “Hamilton”. Apparently it’s OK to lead crowds in chants of “lock her up” regarding a former Senator, Secretary of State, and First Lady, but a polite statement and mild booing is beyond the pale. I found a couple dozen posts like this.

Here’s how many posts I found regarding Trump’s unprecedented settlement of a fraud case for 25 million dollars: 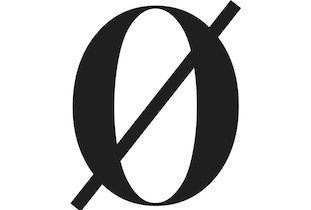 That’s right. Not a single elected official, candidate or party activist posted about or mentioned Trump’s unprecedented settlement. It’s been ghosted. As far as they are concerned, it didn’t happen, and if it did, it doesn’t matter.

This is where we are at, folks. What can Trump do that would cause these people to take offense, or be outraged? I’m afraid to find out where that line is, but I suppose we’ll find out soon enough.