Why Is Cory Gardner Raising Money For Trump? 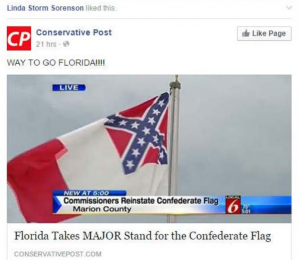 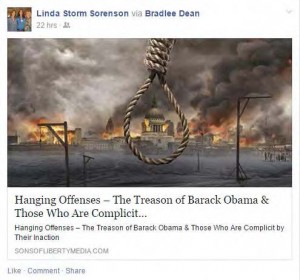 Delta County (Colorado) GOP chair Linda Sorenson, who’s been the focus of national media attention after sharing a racist Facebook meme comparing Obama to a Chimpanzee, has apparently shared or “liked” material in the same vein in the past, including Facebook posts in support of the confederate flag and another illustrating that the President has committed “hanging offenses” (at right and below).

These posts, which were found by a source on Sorenson’s Facebook page, raise more questions about Delta GOP vice chair Vic Ullrey’s claim, reported by the Grand Junction Sentinel, that hackers posted the Chimp meme on Sorenson’s page, not Sorenson herself.

The additional posts also raise questions about Ullrey’s comment to the Grand Junction Sentinel that Sorenson is “absolutely not” a racist.

Ullrey’s hacker claim is contradicted by the fact that Sorenson, in an interview with me last week (listen here), took responsibility for the Chimp post, telling me she didn’t care if people were offended by it.

The posts above, along with posts below depicting Obama as a Nazi and questioning his citizenship, apparently appeared on Facebook last year.

Sorenson did not return my call to verify that she shared the posts herself–and to discuss them. Also unknown is why she took responsibility for the Chimp post when I spoke with her last week, but her Republican colleagues later claimed it was the work of a hacker.

Now Sorenson’s entire Facebook page has been taken down, and Sorenson is apparently not talking to any reporters. 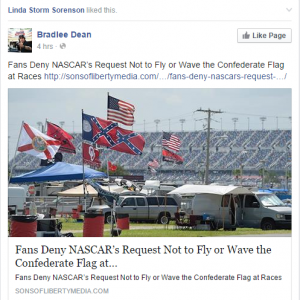 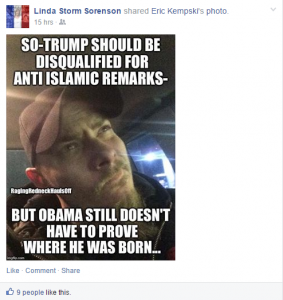 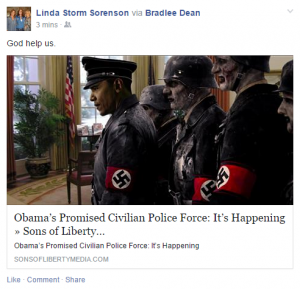