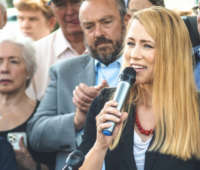 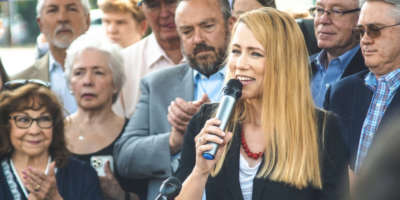 Colorado’s Republican Party chairwoman navigated some rough press last year, after it was revealed she previously served as president of far-right conspiracist group FEC United, which has its own militia. She has since attempted to distance herself from that group, but is apparently still willing to do public events with other conspiracists.