Q) Why don’t Gunnison Republicans fact-check the garbage on their Facebook page? A) They would have nothing to post

Seems like these county GOP Facebook page admins are allergic to fact-checking. They probably don’t even care if they are wrong as long as the fact-averse base buys it.

Buzzfeed: Four Reasons Why Judge Merrick Garland Should Be an Olympian

While watching and rooting for Team USA in the Rio Olympics, I can’t help but think about the mad skills U.S. Supreme Court Nominee Judge Merrick Garland has displayed and that he could hold his own with our Olympians. (Maybe it’s just a hazard of being a lawyer that my mind goes there).

Republican candidates seem to be a fact-averse crowd, which explains how frequently they are duped on social media. Why would Coloradans vote for people or a party that passes on easily-refuted nonsense as truth?

When I saw it, I indeed knew it was “too amazing for words,”because it was never said. Whenever I’m wondering why the GOP would be so stupid as to post easily and verifiably false information, I remember that they have no popular policy positions to run on, so lying has become their campaign strategy.

Does Woods want Soros turned over to Russia?

I’m constantly telling my wife there’s no way Trump can win in Colorado, and she tells me I have no credibility, because I’ve said for the last year that Trump won’t win anything, here or anywhere. 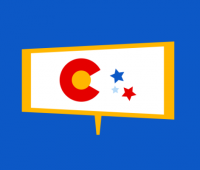 Who are you most likely to see and hear on Colorado political television?

The continued employment of Sean Paige should embarrass the Colorado GOP

The Olympics are making lots of people think again about the Zika virus, and this, in turn, should give Rep. Mike Coffman a small slice of the media spotlight.

What is Trump’s impact on races that will determine control of Colorado state government?

This is the moment for reporters to dig into Donald Trump’s impact on state legislative races in Colorado, and no races are more important than those in swing state senate districts, like Republican Laura Woods’ contest against Democrat Rachel Zenzinger and the race between GOP Arapahoe County Commissioner Nancy Doty and Democratic state Rep. Daniel Kagan.

Hillary Clinton’s substantial post-Convention bump in the polls was not a surprise to those who attended the Democratic Convention in Philadelphia.  Having created a well-scripted Hollywood production, the Democrats seized the Ronald Reagan theme of “Morning In America” and, in a Jiu Jitsu move, took advantage of the Republicans’ “Nighttime In America” theme, trumpeted best by their presidential nominee, which posited the country was in decline.  The contrast in themes was stark yet both have the potential to appeal to millions of people.