In a radio interview Monday afternoon, U.S. Representative Lauren Boebert (R-CO) offered misinformation and falsehoods to justify a resolution, which she introduced in March, to designate Antifa and associated groups as domestic terrorist organizations. She also claimed to have sponsored legislation designating Black Lives Matter as a terrorist group, but that organization is not cited by name in the resolution.

An Arizona lawmaker thanked a Colorado conservative last week for educating the Arizona legislators about their authority to challenge the state’s certified 2020 presidential election results–and about their ability to conduct an audit on ballots cast in the populous urban center of Maricopa County.

CO GOP Rep. Says Democrats Used Climate and Racism to Justify ‘War on Everything’ in 2021 Session

Appearing with two other conservative pundits on an online panel, Republican Matt Crane, the executive director of the Colorado County Clerks Association, defended Colorado’s election system and celebrated the state’s role as a leader in adopting safe and convenient voting systems and as an adviser to other states in adopting reforms that broaden ballot access for voters.

Boebert Calls Oilfield Worker a “Fluffneck,” Instead of a “Roughneck,” for Disagreeing With Her

During a recent congressional committee hearing, U.S. Rep. Lauren Boebert (R-CO), challenged the testimony of an oilfield worker regarding working conditions in the oil and gas industry and the impacts on communities from extraction practices.

In an appearance on a Denver talk radio station last Monday, Congresswoman Marjorie Taylor Greene (R-GA) described a “civil war” within the GOP congressional caucus between establishment and Trump Republicans and identified Colorado’s own U.S. Rep. Lauren Boebert (R-CO) as one of her allies in the struggle for control of the party.

‘I’m Having the Time of My Life’ in DC, Says Boebert; Gets to Troll Liberals Every Single Day

U.S. Rep. Lauren Boebert (R-CO) made an appearance at the Fremont County GOP Lincoln Day Dinner last Saturday, and delivered her rehearsed and flippant quip to the friendly crowd:

Among the scheduled speakers at this year’s annual Rocky Mountain Homeschool Conference is Kevin Swanson, a Colorado pastor, evangelical radio host, and political operative, who believes that the death penalty is an appropriate “punishment” for the “crime” of being gay. 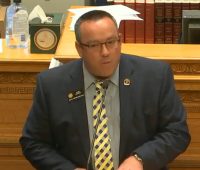 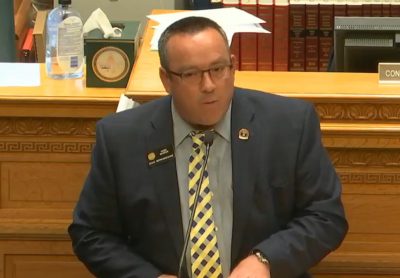 “The Problem Is, Those Damn Democrats,” Says CO GOP Lawmaker in Speech to Fellow Republicans