Building a ‘Colorado for All:’ Polis to Focus on Affordable Housing, Water in Coming Term

Gardner Rejected a “Tea Party Patriot” Radio Show for Years, But He’s Scheduled to Be on Air Saturday 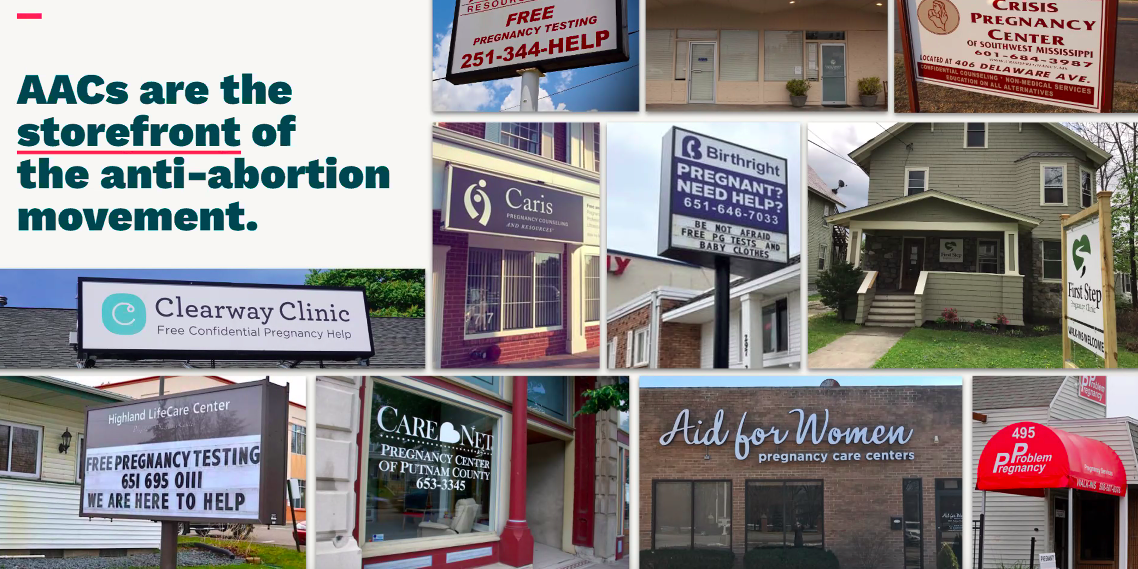 Anti-abortion centers often market themselves as neutral organizations offering reproductive health services and counseling, but abortion advocates say these organizations — like Teller County’s CHOICES, Pueblo’s A Caring Pregnancy Center, or CU Boulder’s Marisol Health — don’t really provide the level of care they claim to, and that their real purpose is to prevent people from accessing abortion care.

“Another way to look at them is as the storefront of the anti-abortion movement,” said Ashley Underwood, the director of Equity Forward, a national organization that produces opposition and investigative research on human rights, gender equity, and reproductive rights, during a Thursday webinar with members of COLOR, Cobalt, and New Era Colorado to address anti-abortion centers. “The term ‘AAC'[Anti-Abortion Center] is not solely a reference to their activity of delaying and deterring people from abortion care. We know that, unfortunately, AACs are sometimes the only shop in town engaging with pregnant people in need, and that a sizable percentage of people interacting with these centers are doing so with the intent of receiving diapers, formula or other material assistance for continuing their pregnancy or for their existing children. When we say ‘anti-abortion center’ or ‘anti-abortion,’ we are referring to the many moving pieces of the anti-abortion movement writ large that back these centers. We are calling out the fact that these centers are largely staffed by volunteers who have been mobilized by anti-abortion advocacy groups and by medical staff, entirely opposed to offering unbiased health care. We are referring to the policymakers that advocate for public funding of these centers without any sort of oversight or requirements to provide evidence of their impact. And who oftentimes are the very same policymakers pushing for abortion bans and the criminalization of abortion providers and patients.”

Katherine Riley, COLOR’s policy director, discussed upcoming legislation to address anti-abortion centers in Colorado. “I am pleased to announce that we will be bringing a bill prohibiting deceptive practices at the anti-abortion centers,” she said. “Given the geographic location of Colorado, we know that folks are coming here for abortion care and honestly, for a lot of other reproductive health care, too. Now that we’re seeing a lot of folks going through abortion, we also know that a lot of our family planning patients are having to face longer wait times. People are getting pulled into the anti-abortion centers, trying to seek services that they’re being told that they offer. When you get pulled into these, they’re using delay tactics. They’re using deceptive advertising. When you are a person who is in a rural area, or a monolingual Spanish speaker, or you’re using public transportation, you have to find child care or must overcome all these other obstacles. Getting pulled into an anti-abortion center could really delay critical care that you need or push it completely out of reach, depending on how many times you encounter the anti-abortion center, how many times they make you come back, or before you even realize that you’ve been duped, and so we really want to stop these practices from the beginning.”

Anti-abortion centers are particularly prevalent on college campuses in Colorado. “We found time and time again that not only were anti-abortion counseling center supersaturated on campus through their advertising, through their presence, through volunteer tables, but they were also usually located on or near campus,” said Arianna Morales, policy manager of New Era Colorado. “There were a couple that had student groups in 2019, one in Auraria that would bring their van on campus on a weekly basis to provide services to students. And while we were talking to students about these anti-abortion centers, we realized that they didn’t know that they were anti-abortion centers. A lot of the people thought that there were reproductive health care clinics similar to Planned Parenthood. But because they provided these free services and advertised these free services that people were seeking due to like a ton of different reasons — not wanting to bill their insurance that they’re on with their parents, or just because they needed more low cost options — they found themselves interested in the centers, not realizing that they didn’t provide certain services that they were seeking. … The biggest feeling folks had when we would tell them about these centers was they felt deceived.”

Anti-abortion centers are particularly concerning for abortion advocates in rural or remote areas that lack existing reproductive health care infrastructure. “There are also five counties in Colorado [Custer, Fremont, Las Animas, Otero and Rio Blanco] that have anti-abortion centers, but they do not have state or federally-funded birth control options,” said Riley “These folks are strategically positioning themselves in places where they are trying to make themselves be the only option for comprehensive care, but really, they’re not offering all of these things as we know.”

Riley says the proposed legislation targeting anti-abortion centers is based on a 2021 Connecticut law. “Deceptive commercial speech is not protected under the First Amendment, and therefore it can be subject to regulation,” she said. “A lot of other states have tried to implement policies, but they haven’t held up in court because of free speech. And so going the consumer protection route has really been Connecticut’s saving grace. They’ve been the most successful so far.”