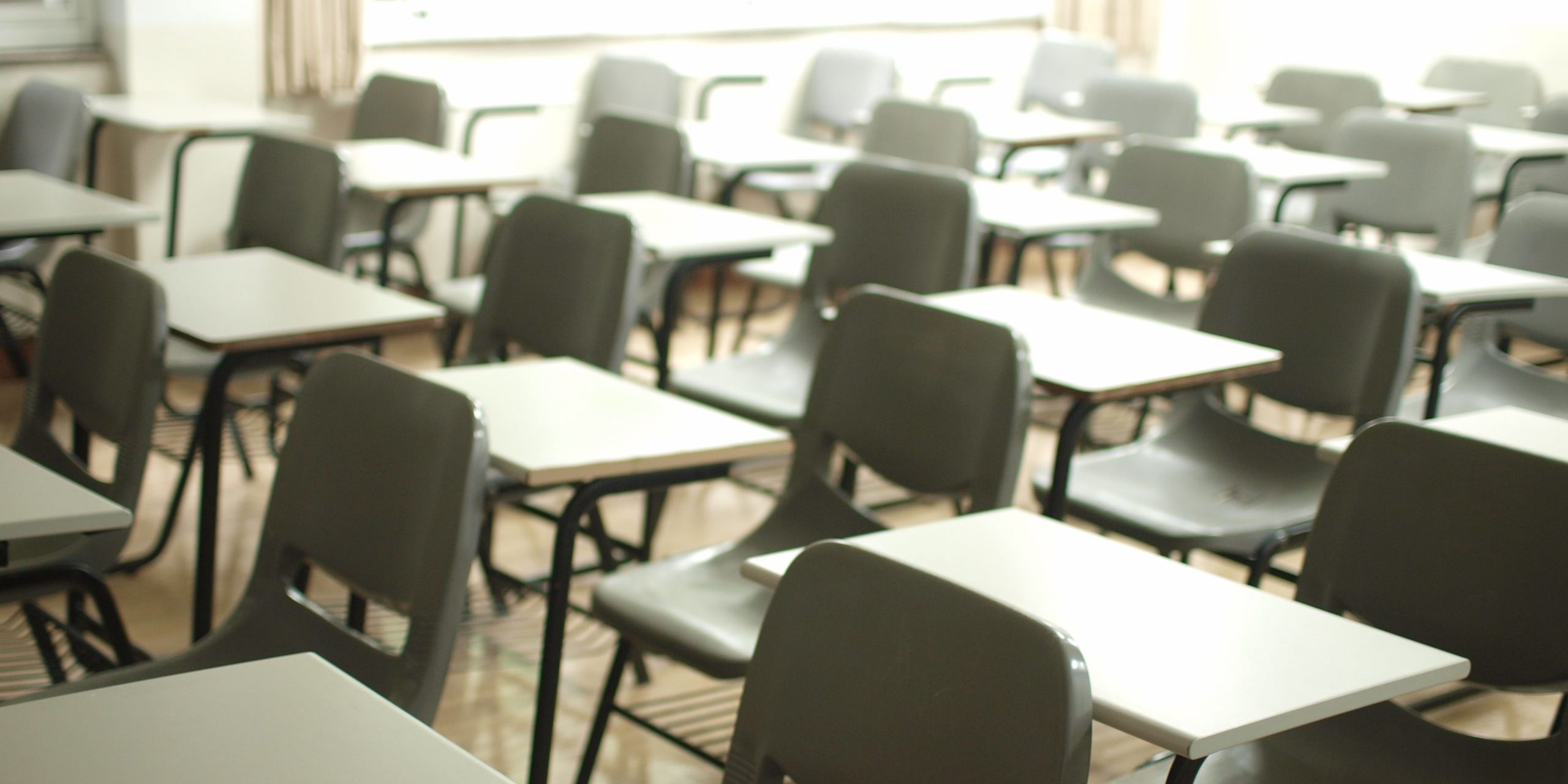 In recent years Colorado has seen a marked increase in politically-charged board of education meetings. From COVID-19 mask requirements, to critical race theory, to library books and LGBTQ policies, school districts across Colorado are ground zero in the ongoing culture war. Districts are also facing a push from activists and advocates for school choice options like charter schools and voucher programs, and parents’ rights initiatives. Just as alumni from the Leadership Program of the Rockies (LPR), Colorado’s preeminent conservative leadership institute, have influenced the political landscape of Colorado, they have also played a role in driving education policy across the state.

“It tends to attract those individuals who have some ambition to be relevant and persuasive in the public square,” says Bob Schaffer, chairman of LPR’s board and headmaster of Liberty Common School, a charter school in Fort Collins. “The effectiveness of the program is really a function of the effectiveness of the people who pursue association with the program. Most of them would be effective leaders with or without the Leadership Program of the Rockies, but the program is, the benefit of it is in the academic approach we take to a rational defense of capitalism, a clear understanding of American principles from the beginning of the country. When understood properly, the program becomes a very effective force for its deep objectives, alleviating poverty, creating more freedom, more individual empowerment, and lifting up the disenfranchised.”

Schaffer describes LPR’s curriculum and philosophy as “classically liberal,” a kind of libertarian philosophy rooted in the ideas of James Madison, John Adams, Thomas Jefferson, and Alexander Hamilton. Within education policy, that means expanded school choice and competition in a free market. Charter schools, vouchers for parents to use public education funding for private school tuition, and the abolition of the federal Department of Education are all part and parcel of the libertarian, or classically liberal, approach to education. Recent gubernatorial candidate and CU Regent Heidi Ganahl, a 2013 LPR graduate, campaigned with the slogan “fund students, not systems,” a direct nod to the libertarian approach to public education.

Brad Miller, a lawyer with the Miller Farmer Carlson law firm and a 2010 LPR graduate, has served as legal counsel for a number of school districts looking to expand their charter schools and charter schools, like Pueblo’s Chavéz Huerta Preparatory Academy. In a Nov. 1, 2022 email sent to Colorado Springs’ District 49 board member Ivy Liu, Miller described himself as “someone committed to educational choice and parental authority in public education.” Miller has represented a number of school districts involved in contentious public situations, such as the Woodland Park School District’s fight to approve Merit Academy, and Colorado Springs District 49’s disputes with censured board member Liu.

“There are a number of LPR grads involved in advocating for school choice and charter schools, but as education professionals or board members and as Republican candidates for office,” says D49 Board President John Graham, who is a part of LPR’s 2023 class. “I believe that every parent wants choice. I have people who are Democrat, liberals, Republicans, and conservatives, all advocating for choice in our school district. Our school district is one of the biggest choice advocates in this state. We have about 54% of our students enrolled in charter or other schools and homeschool enrichment programs. And we have actual students attending district-operated schools. In the course of my time on the board, I have approved more than nine charter school applications and multiple renewals.”

While critics often accuse the charter and school choice movement of defunding traditional public schools, Graham touts D49’s broad charter offerings as a way for districts to make up for lapses in state funding. “District 49 doesn’t have the tax base to build schools and any additional schools,” he says. “We are going to try within the next few years to build another middle school. But the charter schools that we have in-district alleviate a lot of the overcrowding we had at higher levels, and even at some of the elementary levels. They have good instructions, they have good teachers, just like D49 district-operated schools.”

Schaffer, whose charter school has attended recruiting events at conservative Hillsdale College and hosted former Secretary of Education Betsy DeVos, dismisses the idea that charter schools come at the expense of traditional public schools. “Charter schools are a strategy of public education,” he says. “They’re public schools. They are chartered by public school districts or by the state’s Charter School Institute, which makes it a public effort. That would be like saying a new neighborhood school costs money and therefore that must come at the expense of a different neighborhood school. That’s a preposterous argument.”

Schaffer also dismisses concerns that charter schools skirt teacher licensure requirements. “I agree with the Colorado commissioner of education in 2012, who said that a Colorado teacher’s license guarantees nothing,” he says. “There’s no evidence that he is incorrect. The highest performing public schools in Colorado do not require their teachers to be licensed, and so if the greatest examples of success treat teachers on a professional basis rather than a state-regulated basis, it seems reasonable that parents would gravitate toward the more successful models.”

Critics argue that the success touted by charter schools is often a result of selective enrollment practices that exclude students with intellectual disabilities. In 2021, complaints filed with the U.S. Department of Education’s Office for Civil Rights identified 29 Colorado charter schools that ask a question about disability status in their application.

Charter schools have also come under increasing scrutiny for their treatment of LGBTQ students. Ryan Graham, a 2018 LPR grad, is the board president of Monument Academy, which last year passed a proclamation opposing Colorado’s broad nondiscrimination and public accommodation ordinances, which were affirmed in the 2013 case of Coy Mathis, a 6 year old transgender girl who successfully sued Fountain Fort Carson School District 8 after she was denied access to the appropriate bathroom. Erin Kane, the Douglas County School District Superintendent and 2016 LPR grad, was recently recognized by the Colorado Parent Advocacy Network (CPAN) at an event where former Senate candidate Deborah Flora spoke out against transgender students. According to reporting from the Douglas County News-Press, during the event, “Flora later railed against schools for supporting trans students and suggested schools were encouraging students to transition.”

CPAN’s founder, Lori Gimelshteyn, is a part of LPR’s 2023 class, along with Lindsay Datko of JeffCo Kids First, the group that attempted to provide support for Ganahl’s comments about furries.

Colorado Springs’ Academy School District 20 Board President Tom LaValley, a 2015 LPR grad, has attended meetings with conservative activist group Advocates for D20 Kids. According to Brian Moody, the chairman of Advocates for D20 Kids, “My vibe from the meeting is that [LaValley] and [D20 board member Nicole Konz] are part of this team, they think the way we do, are passionate about what we are passionate about. We are all fighting against the progressive agenda together as a team.”

Both Kane and LaValley were also members of a Facebook group run by conservative activist group FEC United.

Schaffer and Graham deny that LPR is pushing any particular ideological bent. “It’s the civic leadership,” says Schaffer. “Professional development is a good way to say it, and civic leadership. There’s a skills component to it. Will people become better public speakers and communicators as well? But it’s an educational, academic organization designed for adults.”

Graham says LPR has given him a deeper understanding of the constitution. “The focus is on three elements,” he says. “It focuses on individual rights, the prime role of government according to the Constitution, and how to engage fellow citizens in the ideas of the proper role of government and freedom and liberties. I look at [LPR] as a force for liberty. … I stand up for equity and righteousness.”

This is part two of a multi-part series on the Leadership Program of the Rockies. Read Part One here. Read Part Three here.