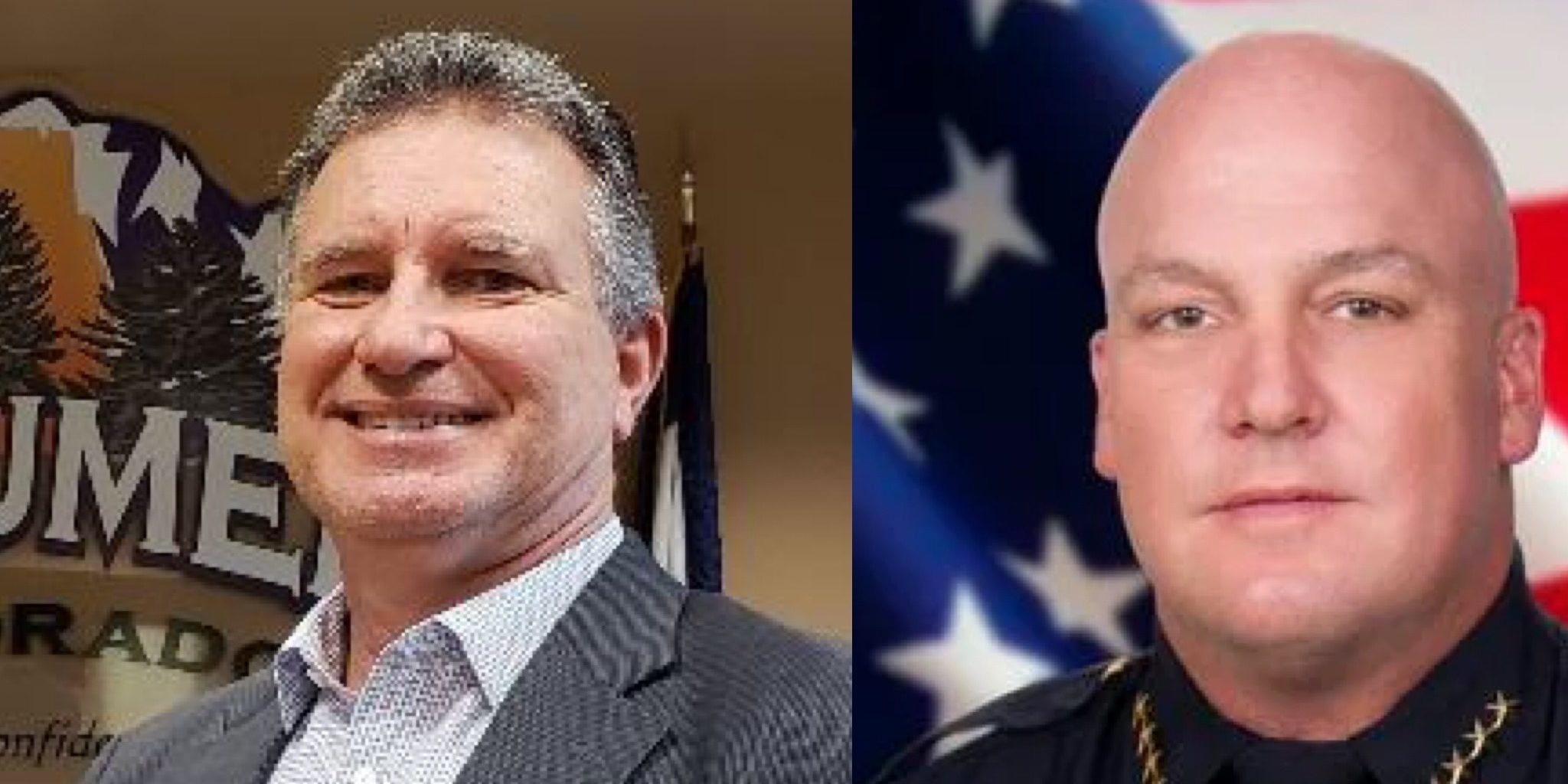 Sean Hemingway, the police chief for the town of Monument, and Town Manager Mike Foreman were investigated over the summer for their conduct at a restaurant that involved Hemingway confronting a patron and allegedly using “Hiroshima” as a racial epithet — an allegation Hemingway isn’t denying, according to documents obtained by the Colorado Times Recorder.

A July 25 report from former Monument Town Attorney Joe Rivera summarized the investigation into Hemingway and Foreman’s conduct following a complaint about the incident. According to the report, “The complainant advised [Hemingway] and [Foreman] that the restaurant was going to be closing up, at which point [Foreman] requested a to-go cup for his last tequila drink. The complainant advised that she couldn’t provide [Foreman] with a to-go cup for the liquor. [Foreman] did not accept her position and there was some discussion/debate about it and open container laws/changes during COVID/restaurant policy, to which I heard ‘belligerent’ used as a descriptor of [Foreman’s] behavior regarding the issue. There was also an assertion that [Foreman] called the complainant a ‘bitch.’ It is my understanding that [Foreman] has admitted that he created conflict surrounding the to-go cup and that he should have instead let the issue go, but that he denied calling the complainant a ‘bitch.’

“Those comments led to an interaction between [Hemingway] and the other patrons. One of those patrons relayed that [Hemingway] became aggressive — calling the men ‘pussies,’ making reference to wanting to take it outside (implying he wanted to fight them) and saying ‘Hiroshima’ to the patron in a manner that was interpreted as being aggressive and racial. The patron is not Japanese, but looks Asian given his heritage. The patron responded to the remark by noting he was not Japanese. [Hemingway] admits he let his anger get the best of him and that he called the men ‘pussies.’ He denied making comments implying he wanted to fight in the parking lot. Instead he indicated he made a comment to [Foreman] about going to the parking lot and leaving. [Hemingway] could not recall if he said ‘Hiroshima.’”

The report concludes with suggestions regarding actions to take in response to the incident. “Options available as to [Hemingway] and [Foreman] include: 1. Do nothing. 2. Documented counseling and/or reprimand and reiteration of expectations. 3. Disciplinary action. In light of what I understand to have been admitted by both [Hemingway] and [Foreman] about their respective conduct I do not believe the Town would legally be well posited doing nothing and so I would not recommend option 1.”

A July 28 email from Rivera to the Monument Board of Trustees notes, “I’ve now heard from a majority of you; the consensus is to not hold an executive session.”

Rivera resigned as Monument’s town attorney shortly after this incident.

On Nov. 6, Monument Police detained and allegedly “handcuffed to a light pole” a Black man who was waiting in his car on a Monument street, according to a post shared on Monument Police Department’s Facebook reviews. The man was waiting to drive home with his wife, a real estate agent who was conducting an “open house in an affluent neighborhood,” according to the Facebook post.

According to a Nov. 7 email from Hemingway to Foreman, “On November 6, 2022, officers from Monument Police Department were dispatched to a call reported by a local resident of a suspicious vehicle parked on a roadway for over an hour, facing the wrong direction … in Monument, Colorado. The plate reported to PD by a citizen showed the license plate assigned to a Dodge pick-up truck. Upon arrival, officers found a small Nissan sedan parked the wrong way. An officer contacted the driver of the sedan and detained him as the officers inquired about the disparity between the vehicle plate and the vehicle contacted at the scene. It was determined by the on-scene officers that the initial plate number that was given to the dispatch center was incorrect. The corrected plate number was checked, and the driver was the registered owner of the vehicle. The driver was released at the scene.”

Monument’s website currently lists Hemingway’s job as an open position, noting the town is “conducting a nation-wide search to replace our current Police Chief who plans to retire in 2023.” Hemingway was hired in January 2020 after interim chief Mark Owens was placed on administrative leave following an investigation into an August domestic violence report at his home.

Hemingway and Foreman did not respond to an emailed request for comment on these incidents, but Kathryn Sellars, Monument’s new town attorney, said in an email, “The Town does not comment on personnel matters.”