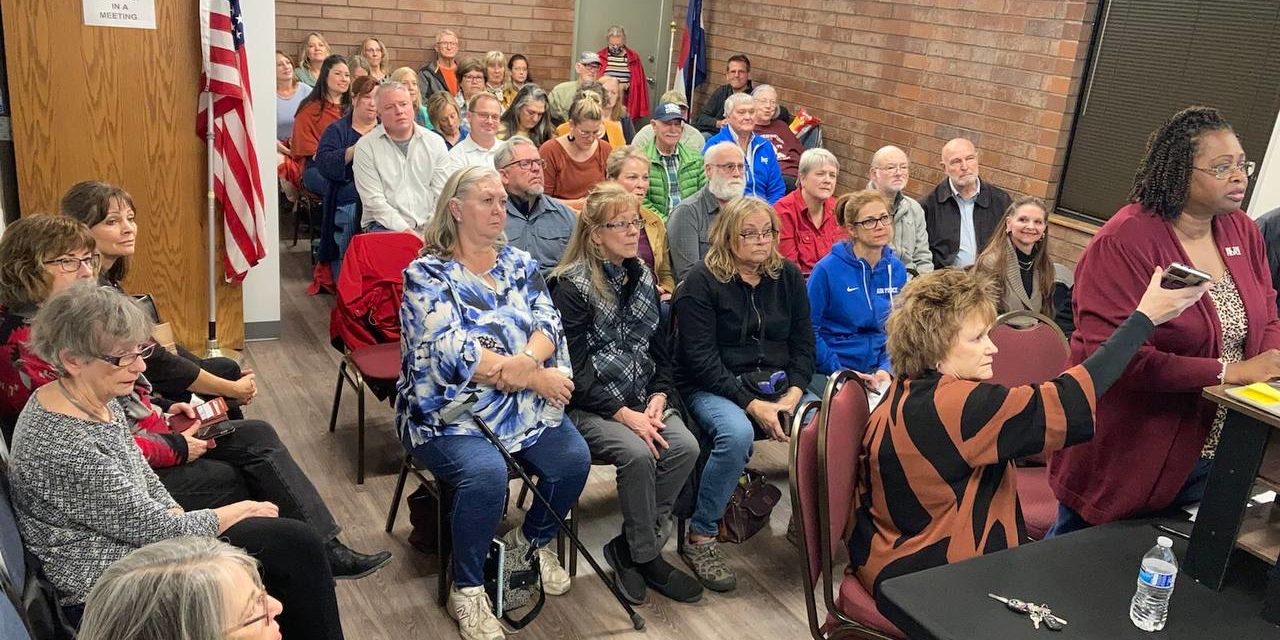 Among the bright spots Brown identified — during an election that saw Republicans lose all the statewide races and a number of seats in the Colorado legislature — were among Latino voters and those aged 18 to 24.

“Latinos were actually 7% less likely to support Democrats in Colorado in 2022 than in 2020,” said Brown. “So a 7% move in our direction among those voters, that’s great. Not enough, but something we continue to build on and it shows our efforts in the Hispanic community — that many of you were engaged in — did make a difference also among Hispanic voters. … Among voters age 25 to 44, the Democrats had a higher percentage turning out than Republicans did, but among 18 to 24 year olds, Republicans have the edge. So as we think about who to bring into our party, who to reach out to more and how to build — 18 to 24 year olds, again, Republicans have a higher percentage of turnout among that age group.”

A Move Away From Anti-Abortion Stance “Will Never Happen”

Brown also emphasized that, despite the controversial Supreme Court Dobbs decision that galvanized voters in the wake of Roe v. Wade, Republicans should not abandon their anti-abortion position in order to win votes. “I met with a donor, one of my favorite donors, he is really great and super helpful to me and the party all year long, but I met him today and his suggestion was that what the state Republican Party and the national Republican Party needs to do is drop the pro-life issue from our platform in order to win,” she said. “I was very clear with him, that will never happen with the Republican party. It’s one of the key issues, one of the reasons many of us are Republicans. And I just want to assure you that there’s a lot of analysis and questions and ideas … but I think we should be able to stand firm in rejecting ideas that would make us basically Democrats.”

“On November 5, a special central committee meeting was called,” said Tonkins. “After being accused by the state chair that this special meeting would hinder Get Out the Vote, it became clear that we could not rely on the very entity that’s supposed to protect our brand and support the county chairs. … This is a classic case of unequal application of the law and strongly hints of bias at the highest level within our party.”

Richie blamed Tonkins for losses suffered by Republicans in El Paso County. “In January 2022, the state Executive Committee ruled that Tonkins violated the bylaws, and the county party was given guidance to stop their attacks on fellow Republicans and help get out the vote instead,” she said. “After that, Tonkins changed or ignored the bylaws, and the state party instructions, and proceeded with the meeting and censured [candidates]. The result? [Dave] Donelson defeated in House District 16 by Democrat Stephanie Vigil. Two years before Vigil got 41%. Tonkins’ attacks on that Republican gave the Democrats a third house seat in El Paso County for the first time in generations.”

Richie also asked Brown and the Colorado GOP to intervene. “We agree with the complainant that something needs to be done,” she said. “At this time, we ask the state party to consider adopting a fresh process to select new leadership in El Paso County. Since Tonkins has repeatedly failed to conduct fair and accurate elections, as well as comply with the bylaws, we ask the state party to appoint a designee to run the February organizational meeting.”

Last Thursday’s meeting was simply the latest in an ongoing series on conflicts between Tonkins and her “grassroots” supporters and “establishment” members of the El Paso County and Colorado GOP.

Update: Following a Dec. 5 resolution from Colorado GOP Chair Kristi Burton Brown, on behalf of the state executive committee, Peak Republicans will have 30 days to apply to the Colorado GOP for permission to use the term “Republican.” The executive committee has also censured Tonkins for “her rejection of her duty to Republican candidates on the ballot in the 2022 general election.”