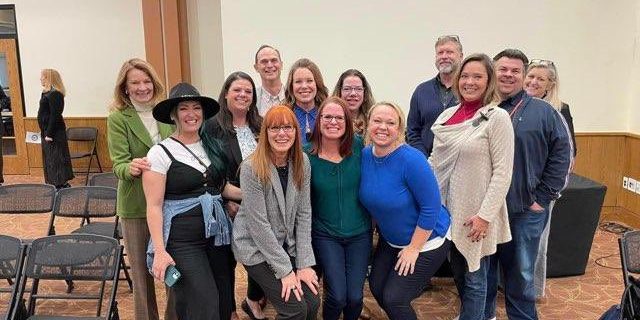 The Colorado Parent Advocacy Network (CPAN) is the latest addition to a group of conservative, anti-LGBTQ, pro-charter school activist groups in Colorado that include the Independence Institute, FAIR [Foundation Against Intolerance and Racism], and FEC United.

“[CPAN] is a statewide nonprofit organization,” explained CPAN founder Lori Gimelshteyn during a Nov. 22 appearance on Dan Caplis’ KNUS radio show. “We have parents, stakeholders, educators, all working together to restore a rigorous, nonpolitical, safe, and fulfilling educational experience for all students. And we are focused primarily on a culture of accountability for academic excellence and accessibility to school choice, partnerships with families, and curricula transparency.”

Recent years have seen parents and community members, sometimes those with no children in the district, attend school board meetings en masse, using the public comment period to discuss concerns over critical race theory, COVID-19 precautions and vaccines, LGBTQ issues and other grievances popular with conservative voters.

According to reporting from the Douglas County News-Press, during the event, “Flora later railed against schools for supporting trans students and suggested schools were encouraging students to transition.”

Benigno has been sounding the alarm over Colorado’s recently revised social studies standards, which were amended last month to include references to racial, ethnic, and LGBTQ minorities. “I’ve seen evidence of it myself, that even as young as kindergarten, picture books, various kinds of books are being read to students about these particular issues,” she said during a Nov. 18 appearance on the Steffan Tubbs Show. “Parents are learning about that and they’re concerned. There’s some parents that want that. It really comes down to something so sensitive is that the rights of a parent to say, you know, to push back and say, no, I don’t want my child to be exposed yet to these topics. It involves sexuality, you know, gender identity, sexual orientation. And when I know that my child is mature enough to talk about those issues, then I as a parent will have that conversation first. It’s not the job of the school, but evidently, the state believes that our state legislature and state board members that voted in favor of the amendments believe otherwise.”

Benigno was a guest on the Nov. 28 episode of Flora’s KNUS radio show, where Flora conflated education about the contributions of LGBTQ historical figures with sex education. “When they force a comprehensive sex ed through about four years ago, and then I helped introduce, with a legislator, sex ed transparency, and that was, of course, shot down under the dome by the Democrats on the committee,” said Flora. “What a lot of parents don’t realize, but I think they’re beginning to realize, is when they weave all of this into history or social studies it’s no longer a part of sex education — and the gender fluidity aspect never has been.”

Supporters of the new social studies standards argue that inclusion and representation are important for all students, but particularly LGBTQ youth.

“Do you remember the first time you felt seen? Represented? Understood?” wrote the nonprofit Inside Out Youth Services in an open letter to the Colorado Board of Education. “It’s so important to grow up learning about people like you, to know that you belong somewhere in history — and more importantly, that you belong in the present. One of the best things about a full, well-rounded education is what we learn about ourselves while we learn about the world. Representation in curriculum goes such a long way toward that knowledge.

“Those of us who are lesbian, gay, bisexual, transgender, queer/questioning (LGBTQ) or Black, Indigenous, people of color (BIPOC), find power and affirmation in figures like us in history and current events. When we learn that a famous artist, a powerful politician, or another important historical figure shares an identity with us — whether our sexual orientation, gender identity, country of origin, or a specific ethnic group — we feel a deeper connection to them and their story.”

“Multiculturalism” Is Seen As Root Cause

For Benigno, it’s not just the inclusion of LGBTQ representation in Colorado’s new social studies standards that is concerning. “A lot of us use the term CRT — critical race theory — but really this all started with multiculturalism,” Benigno told Flora.

Last year, Benigno appeared via Zoom alongside Matt Rogers, the head of the conservative activist group FEC United’s education pillar, and Will Johnson, the leader of the Douglas County chapter of FAIR.

FAIR’s Board of Advisors consists of a host of disgraced academics and journalists, many of whom have been accused of racism, pushing race science, climate change denial, sexual assault, and homophobia transphobia.

FEC United’s founder, Joe Oltmann, has repeatedly — and falsely — claimed that teachers are “recruiting kids to be gay” and that LGBTQ teachers should be dragged behind vehicles “until their limbs fall off.” Oltmann, like Flora, frequently references “gender fluidity,” most recently during public comment to the Maricopa County Board of Supervisors on Nov. 28.

During the Nov. 13 CPAN launch event, Flora, who lost a Republican primary election this year to take on Democratic Sen. Michael Bennet, posed for a photo with Douglas County School District Board of Education President Mike Peterson, Rep.-elect Brandi Bradley, a self-described “fiscally responsible, pro-life, Christian conservative,” and a number of CPAN supporters, including Amy Windju and Amity Wicks.

During a Nov. 15 Douglas County Board of Education meeting, Windju warned that GSA [Gay Straight Alliance or Gender Sexuality Alliance] clubs in schools were being used as a front for “racial” activism. “Parents in the community should be made aware of the way some GSA clubs are being used by adult activists, using the goodwill surrounding the LGBTQ social movement, using the language of LGBTQ inclusion as cover to bring social and racial activism into school districts in Colorado to indoctrinate youth into social and racial activism,” she said. “The national network organization behind GSA clubs is the GSA network, which operates with a multi-million dollar budget. It isn’t subtle about its political motives or its racial activism.”

Windju’s public comment was lifted almost verbatim from an op-ed by Chris Rufo, a senior fellow at the Manhattan Institute, the conservative think tank founded by Ronald Reagan’s CIA Director, William Casey, and a former member of FAIR’s Board of Advisors. Rufo was one of leading voices behind the manufactured outrage over critical race theory, which led to conservative victories in school board elections last year.

“We have successfully frozen their brand — ‘critical race theory’ — into the public conversation and are steadily driving up negative perceptions,” tweeted Rufo last year. “We will eventually turn it toxic, as we put all of the various cultural insanities under that brand category. The goal is to have the public read something crazy in the newspaper and immediately think ‘critical race theory.’”

Wicks, who was also in the photo with Flora and Windju, was profiled by KDVR in March, claiming that her son was being bullied due to his efforts to start a Turning Point USA chapter at STEM School Highlands Ranch. Turning Point USA has repeatedly been criticized for racist chat groups, PR stunts involving diapers, founder Charlie Kirk’s extreme anti-LGBTQ rhetoric, the group’s use of teens to run online troll farms, and their role in promoting election fraud conspiracies.

While CPAN claims it wants to improve public education, its most ardent supporters, like Flora, are staunch opponents of public education. Flora’s documentary, Whose Children Are They?, is rife with disinformation and conspiracies involving communists, teachers’ unions, and LGBTQ “groomers.”

“If you have a young child, a child under the age of 13 or 14, honestly I would say, get them out of public school,” said Flora during an Oct. 6 episode of her radio show. “We need to save our public schools. We need to reform our public schools. But right now, as Alex Newman [executive director of Public School Exit and Epoch Times contributor] said, we need to look at those schools as if they are a burning building and get our kids out. Here’s why I say that, and why we made the documentary Whose children are they? Why are they targeting kids as young as 8 years old with sex education? Why are they teaching gender fluidity in kindergarten?”

Editor’s Note: This story has been updated to include mention of Rep.-elect Brandi Bradley’s appearance in the CPAN group photo.