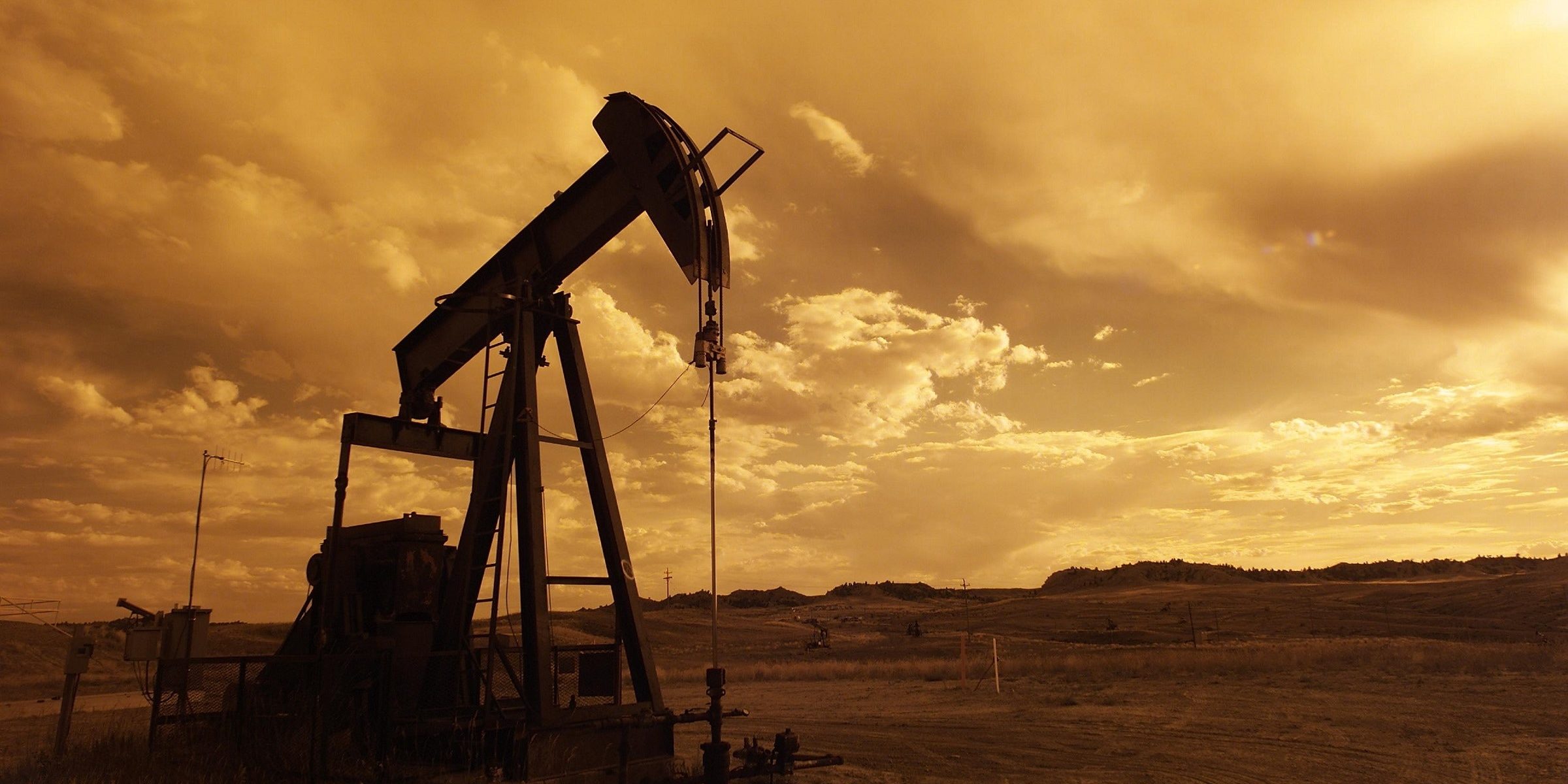 This year in the lead-up to November’s midterm elections, prominent oil and gas and pharmaceutical companies mostly donated to Republican politicians and conservative-leaning groups, according to an analysis of state and federal campaign finance records by the Colorado Times Recorder. In Colorado, the Democratic party has held control of the Governor’s office and both chambers of the state legislature since 2018.

Given that the oil & gas industry and the pharmaceutical industry are both massively profitable and regularly subject to governmental regulation, the industries attempt to flex their influence by donating hundreds of millions of dollars to political campaigns across the country.

In Colorado, the Big Pharma lobby has been the top lobbying spender in the state for the last two legislative sessions.

The CTR analysis focused on campaign donations leading up to the 2022 midterm elections, looking at both soft-side (sometimes referenced as dark money) and hard-side donations; the difference between the two donations is explained here.

Before November’s elections, CTR published a story about oil and gas spending in seven key Colorado Senate races that Republicans were hoping to take as part of a national red wave en route to recapturing the state Senate. Of course, the red wave never broke, especially not in Colorado as the Democratic party won all seven competitive races CTR highlighted.

As the last campaign finance filing deadline passed last week several hundred more dollars trickled into the Republican candidates’ contribution reports. The overall story did not change, however, as 98% of the cash donated by oil and gas in these seven key races went to Republicans.

An example showing how difficult it is to untangle dark money donations made by a specific group can be seen with the donations made by PDC Energy, a Colorado oil and gas company. We’ll have more on this kind of campaign contribution later when we look at Pharma spending.

PDC donated $50,000 to a group whose stated goals were to support state Reps. Dylan Roberts (D-Avon) and Kyle Mullica (D-CO), each running in one of the seven key Senate districts mentioned above, and oppose their Republican opponents.

However, PDC also donated $250,000 to a group that claims to lack affiliation with a party but exclusively supports Republican politicians. This group, called United for Colorado Action, hired canvassers and paid for mailers opposing Roberts and Mullica and supporting their Republican opponents.

According to Colorado’s Secretary of State database, 86.5% of campaign donations for Colorado’s 2022 midterms from notable pharmaceutical companies went to Republicans or conservative-leaning groups, while 3% went to Democrats. The remaining 10.5% went to groups that claim to have no party affiliation.

The independent groups are all pro-business special interest groups with a history of supporting Republicans and moderate members of the Democratic party.

Dark money groups are harder to track because they act as a middleman between companies and politicians or Political Action Committees (PACs). Like in that PDC example in the oil and gas section, it’s not technically correct to say that PDC supported or opposed Roberts and Mullica because they did not donate to them or their opponents directly. Rather, PDC donated to two groups which then supported and opposed Roberts and Mullica, respectively.

The Republican group, United for Colorado Action, spent $17.2 million on campaigns in Colorado in 2020. In 2022, the Democratic party outraised Republicans, but Republicans raised more in dark money, according to Colorado Public Radio.

GOPAC is a national non-profit that spent almost a fifth of its donations nationwide on Colorado races in 2022. The Senate Majority Fund is a Republican group.

At the federal level, the oil and gas industry overwhelmingly donated to the Republican candidate over the candidate from the Democratic Party in Colorado’s U.S. Senate race as well as in Colorado’s 3rd, 4th, 5th, 6th, 7th, and 8th Congressional District.

Since 2018, the year Colorado Democrats most recently gained control of both chambers in the legislature and the Governor’s office, the state has passed some of the most progressive laws in the country aiming to curb the cost of healthcare and mitigate the harmful effects of oil and gas production.

This has caused the oil and gas industry and the pharmaceutical industry to spend big on fighting these reforms through lobbying and advertisements.

Adam Fox, deputy director of the Colorado Consumer Health Initiative, a healthcare advocacy group, said that while its disappointing to see that gaudy difference in donations between parties, it is not surprising.

“From my perspective, it shows that Pharma does not support some of Colorado’s efforts to control prescription drug costs which is unfortunately not surprising,” Fox said. “We’ve seen how they’ve invested in massive amounts of lobbying and public misinformation and whatnot in some of the recent legislative efforts to allow Coloradans to grapple with the high cost of prescription drugs.”

A majority of Coloradans supported these healthcare reforms when they were being discussed in the state legislature.

Michael Nalick, a professor at the University of Denver’s Daniels College of Business who researches the intersection of politics and business, said that the reason behind the donation gap between parties could lie in the relationships already in place between Republicans and those in the oil and pharmaceutical industries.

“Well the first initial thought is just efficiency gains,” Nalick said. “It’s not just Colorado but, especially with oil and gas, nationwide their donations go to like 98% Republicans. Those are people that they have relationships with, that they’ve had relationships with for a very long time. They don’t make any headway with Democrats so spending money with Democrats is not a wise business decision in their minds.”

Nationally, contributions between parties at the national level are not as drastically split as they were in Colorado this year, with more contributions from the pharmaceutical industry going toward politicians from the Democratic Party than Republicans.

Nalick theorized that public donations could be a way for each party to appeal to their base, rather than a lapse in strategy in a state fully controlled by the Democratic party.

“It’s more like these people are not our friends, so why would we help them?” Nalick said. “It’s more of that relational component. ‘Why should we do anything to help them, especially when our base is very much opposing that direction?’ For instance, if they did donate to a Democrat, then a Democrat primary opponent could come out and say ‘They’re taking this much money from the oil and gas industry.’ So the contributions are not only strategic in a way but they’re not welcome to Democrats because these candidates don’t want to appear friendly to interests that are not aligned with their base.”

Nalick also explained that lobbying and other methods are ways companies can negotiate with politicians. Last year, the pharmaceutical manufacturing lobby spent twice as much as the next-biggest industry lobbying against lower drug prices.

“What you see overall is you see companies publically do one thing and privately do something else,” Nalick said. “So campaign money is not the main source of influence from companies anymore, so if you compare it to lobbying, if you compare it to donations to trade associations, and you compare it to dark money it’s a very small percentage. So when you track the campaign donations, it’s kind of money they want you to see. Rather than the money that’s out there that they’re spending in other means that are harder to track such as lobbying and dark money. What you’ll see is in the public: they’ll give money one way and lobby in a different direction.”

Disgraced crypto mogul Sam Bankman-Fried explained he did something similar with his 2022 political donations. Bankman-Fried publically donated $40 million to Democrats in the latest midterm election cycle and claimed to donate an equal amount to Republicans through dark money channels during a press call last month.

“All my Republican donations were dark,” Bankman-Fried said during the call. “The reason was not for regulatory reasons, it’s because reporters freak the fuck out if you donate to Republicans. They’re all super liberal, and I didn’t want to have that fight.”

Fox also brought up lobbying when explaining the vast resources used by the pharmaceutical industry to fight bills they disagree with.

“Regardless of how Pharma invested in the election itself we know what they can do resource-wise when it comes to lobbying at our state capitol and it is extensive,” Fox said. “We have seen walls of Pharma lobbyists outside the chambers at our Capitol. I don’t think we can take for granted the amount of money Pharma is willing to put into Colorado to oppose some of the reforms that are really needed to ensure that people can access the medications they need.”

Fox said he does not see the Democrat-controlled House, Senate, and Governor’s office in Colorado giving the pharmaceutical industry less influence because they donated less to their campaigns. Rather, he points to their ability to funnel money into lobbying, messaging, and slowing implementation of healthcare reform bills already passed.

“There are two fronts,” Fox explained. “We’ve talked about the legislative front but also a lot of the laws have passed like the prescription drug affordability board or our drug importation program. Some of those are starting to get closer to having an impact and I think there are going to be more resources that Pharma is going to put towards delaying those processes. So I think there are going to be some more public fights under the dome but there are also fights on the implementation side of these laws that Coloradans really want to see implemented that Pharma is trying to gum up the works on.”

The data used in this article was gathered from the databases of the Internal Revenue Service, Federal Election Commission, Colorado’s Secretary of State Office, and OpenSecrets.