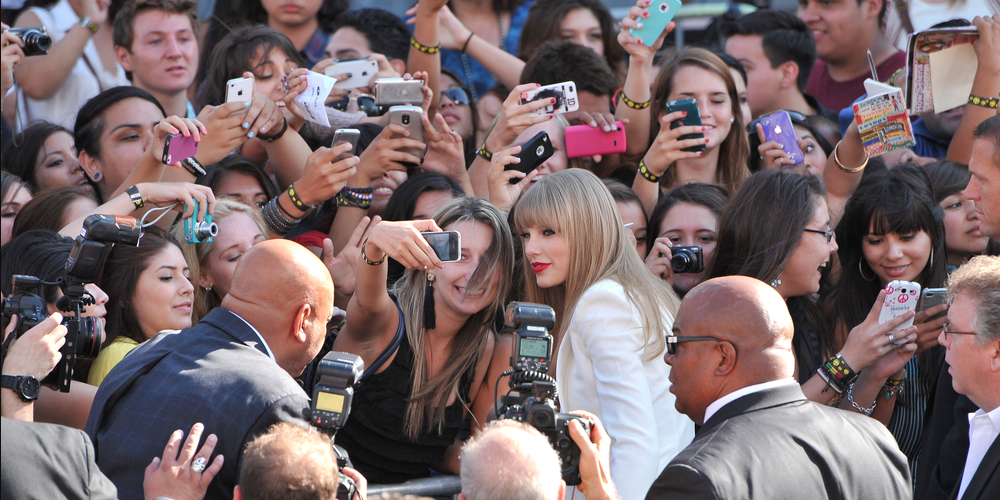 As the cost of food, travel, and gifts complicate holiday plans across the country, millions of Americans have been awakened to the sinister power of monopolies.

But now there are exciting new possibilities to rein them in.

This November, legions of new anti-monopolists were born. They’re Taylor Swift’s superfans — and they just might be the reason the government breaks up Ticketmaster.

Hoping to get pre-sale tickets to their favorite pop star’s upcoming tour, millions of “Swifties” waited in endless electronic queues, only to be hit with sky-high prices and exorbitant fees — if they were able to snag a ticket at all.

“Ticket prices may fluctuate, upon demand, at any time,” read an ominous warning on the Ticketmaster website.

And they did: Under Ticketmaster’s “dynamic pricing” system, fans reported ticket prices running up to thousands of dollars — not including hefty fees. Prices spiked even higher on the secondary resale market. On StubHub, ticket listings reached upwards of $95,000.

Finally, Ticketmaster threw in the towel and canceled subsequent presale windows. Their site crashed thousands of times. It was mayhem — and thanks to an unchecked monopoly, fans had no other option.

But the Swifties struck back. Hours after Taylor Swift released a statement apologizing to fans and chastising Ticketmaster, the Department of Justice (DOJ) announced an investigation of Live Nation Entertainment, which owns Ticketmaster.

While their investigation wasn’t prompted by Swift, reported the New York Times, Swifties’ wave of discontent was overwhelming enough to warrant the Department’s public disclosure. Immediately after, the company that had been bragging about a record-smashing 2022 saw its stock plummet.

How did we get here? When it comes to antitrust issues, the U.S. government has essentially been asleep at the wheel, allowing Ticketmaster’s monopoly to crush its competition for over a decade.

“Ticketmaster bullies venues into not working with their competitors,” explains Chokepoint Capitalism author Cory Doctorow. “They bully smaller artists by denying them management. They bully big artists by controlling their ticket prices and letting their fans down. And they bully their customers into paying exorbitant prices for tickets.”

Well before the Swift fiasco, a coalition of research organizations and live event workers launched the Break Up Ticketmaster campaign asking the Department of Justice to “investigate and unwind” the live events monopoly. The campaign quickly gained ground, generating tens of thousands of signatures on an advocacy letter.

Policymakers are now echoing that call.

The attorney general of Tennessee — home to the “angriest Swifties” — opened an investigation into Ticketmaster’s misconduct, too.

President Biden recently directed his administration to “reduce or eliminate” junk fees like Ticketmasters’ infamous extra charges, which sometimes total up to 78 percent of the cost of a ticket. He’s also appointed a passel of antitrust enforcers and signed a robust, competition-oriented executive order in his first months in the Oval Office.

Monopolies aren’t just fleecing concert-goers. All of us experience the villainy of monopolies — in the high price of a tight seat on a plane, in the destruction of local journalism, in skyrocketing monthly rent and food prices, or in the marginalization of small online businesses.

So, present-day monopolists, steel yourselves and remember: When you provoke a superfan, they’ll come for you.

Bella DeVaan is a Program Associate at the Institute for Policy Studies and a co-editor of Inequality.org. This op-ed was adapted from Inequality.org and distributed for syndication by OtherWords.org.