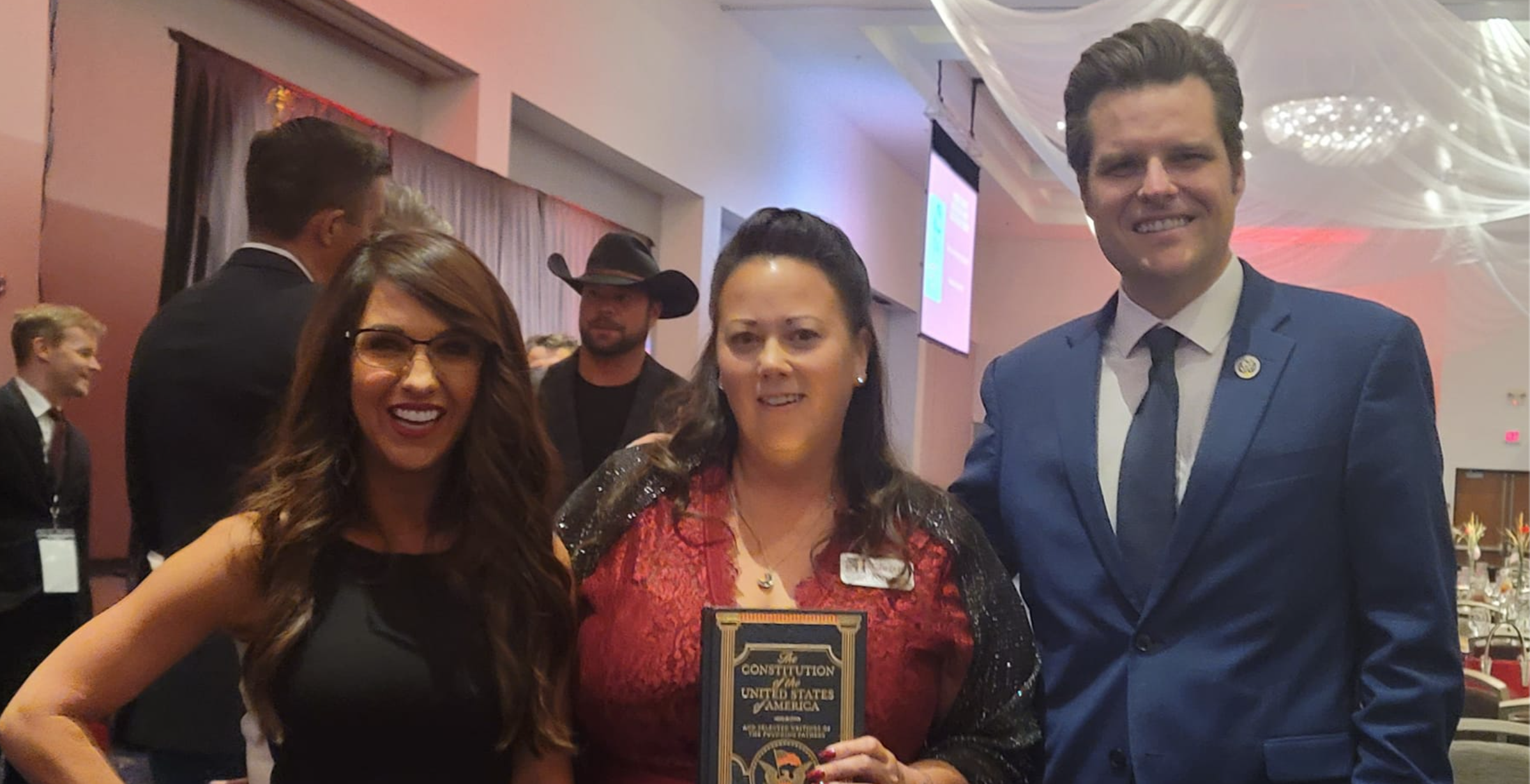 In a race that may determine control of the U.S. House of Representatives, election workers across Colorado’s 3rd Congressional District are still counting votes to determine if dark horse Democrat Adam Frisch will upset Congresswoman Lauren Boebert.

In Pueblo, the largest city in the district, the local Republican recruiting GOP poll watchers to oversee the tabulation is an election denier.

In addition to being involved with the Pueblo Republican Party, Fidura runs the grassroots conservative group Pueblo County Patriots, which is filled with election denial conspiracies. Last April she recruited members of her group to attend an election fraud conspiracy presentation held by the U.S. Election Integrity Plan (USEIP) and the Republican Study Committee of Colorado

Part of Fidura’s pitch to her members was that those attending “will be trained on how to clean these voter rolls up locally to ensure Election Integrity in the future. Those that are trained will lead teams in Pueblo.”

When USEIP released its since-debunked Colorado canvass report earlier this year, Pueblo was one of the four counties it included, claiming the canvassing efforts undertaken by its volunteers turned up evidence of election fraud. It didn’t. Civil rights groups including the NAACP, the League of Women Voters and Mi Familia are currently suing USEIP for voter intimidation.

Fidura has not only pushed these beliefs on social media but also acted on them while serving as an election official for the Pueblo GOP.

Last month when Mesa County’s conspiracist Clerk Tina Peters forced a recount of her loss to Pam Anderson in the GOP primary for secretary of state, Fidura served as the Republican member of the Pueblo County canvass board. She refused to join Clerk Ortiz and a Democratic Party representative in signing off on the logic and accuracy test that compares machine results with a hand tally to affirm the accuracy of voting machines. Instead, she wanted to conduct a hand count of every ballot, and such she also refused to sign the document affirming the recounted totals.

Fidura, who has been claiming fraud since Election Day in 2020, openly praises Peters, who currently faces multiple felonies for her actions, saying she “proved the SOS and Dominion [Voting Systems] manipulated and deleted data from the voting machines.” Fidura also praised another Lindell-funded conspiracist, Dr. Douglas Frank, repeating his claim that he “discovered the [algorithm] that was used to steal the election.”

Fidura did not return a voicemail requesting comment. This article will be updated with any response received. Rob Leverington, chair of the Pueblo GOP, likewise did not return a call asking if he or other party officials have any concerns with having an election denier representing them in the poll watching process.

UPDATE: Although Fidura never returned the voicemail left by Colorado Times Recorder, she shared the article and posted a response on the Pueblo County Patriots Facebook page. Here it is in full:

“I’m going to go ahead and address this (and it might run a little long) since so many have sent me the article. Yes, I’ve seen it. When a troll like ERIK, finds a stack of toilet paper like the CO Times Recorder and sees fit to try and run a hit piece, for someone like me, it’s a mark that I am doing something right. I’m triggering all of the soft and squishy, caught-up-in-their-feelings, confused-which-bathroom-to-go-in jellyfish. And that’s just fine with me.

News Break uses the term “news” pretty loosely. Maybe they should call themselves Break In Real News. This is an app run by a Chinese Media Veteran. No surprise there.

The Colorado Times Recorder named our own Tina Peters as a member of the “Fraud Squad” calling her a conspiracy theorist. They’ve called members (and friends) of a fellow Patriot Group in Grand Junction “Anti-Government Extremists” for supporting President Trump.

They’ve made it a pathetic hobby to spin reasons to come for our Congresswoman.

I’m just the latest in a long list of people who DGAF what they think. Come on Erik, you couldn’t even troll my page yourself. You had to have someone join to feed you info. Check your purse and find your balls.

I know your intent was to convince people that I’m some crazy right-wing Republican conspiracy theorist who just wants to cause trouble. Well, if loving my community, my state, my country, and believing in my God given rights, and wanting fair and free elections, and supporting representation that aligns with all of that is crazy, find me a straight jacket. But good luck getting it on me, I bite.”

About the only thing that pisses me off about your sad attempt is that you clearly had someone in the election office (the pictures of me with the legal team were from on the inside of the counter that separates the public from the office). You had to know I couldn’t just answer my phone when you called me for a comment you could spin into a threat against America while I spent 22 hours there, well within my right as an appointed watcher. To say that I wouldn’t respond to your voice mail for comment implies that you somehow are 1. worthy of my time for a comment, 2. intimidating in any way, shape, or form, and 3. I owe you any kind of explanation for any of my actions.

Do better Erik. I’m sure somebody in your life expects more. Not me. But somebody.”

For the record the Colorado Times Recorder did not have “someone in the election office.” The photo was taken by Colorado Sun reporter Dana Coffield, who then posted it to Twitter, as we noted.