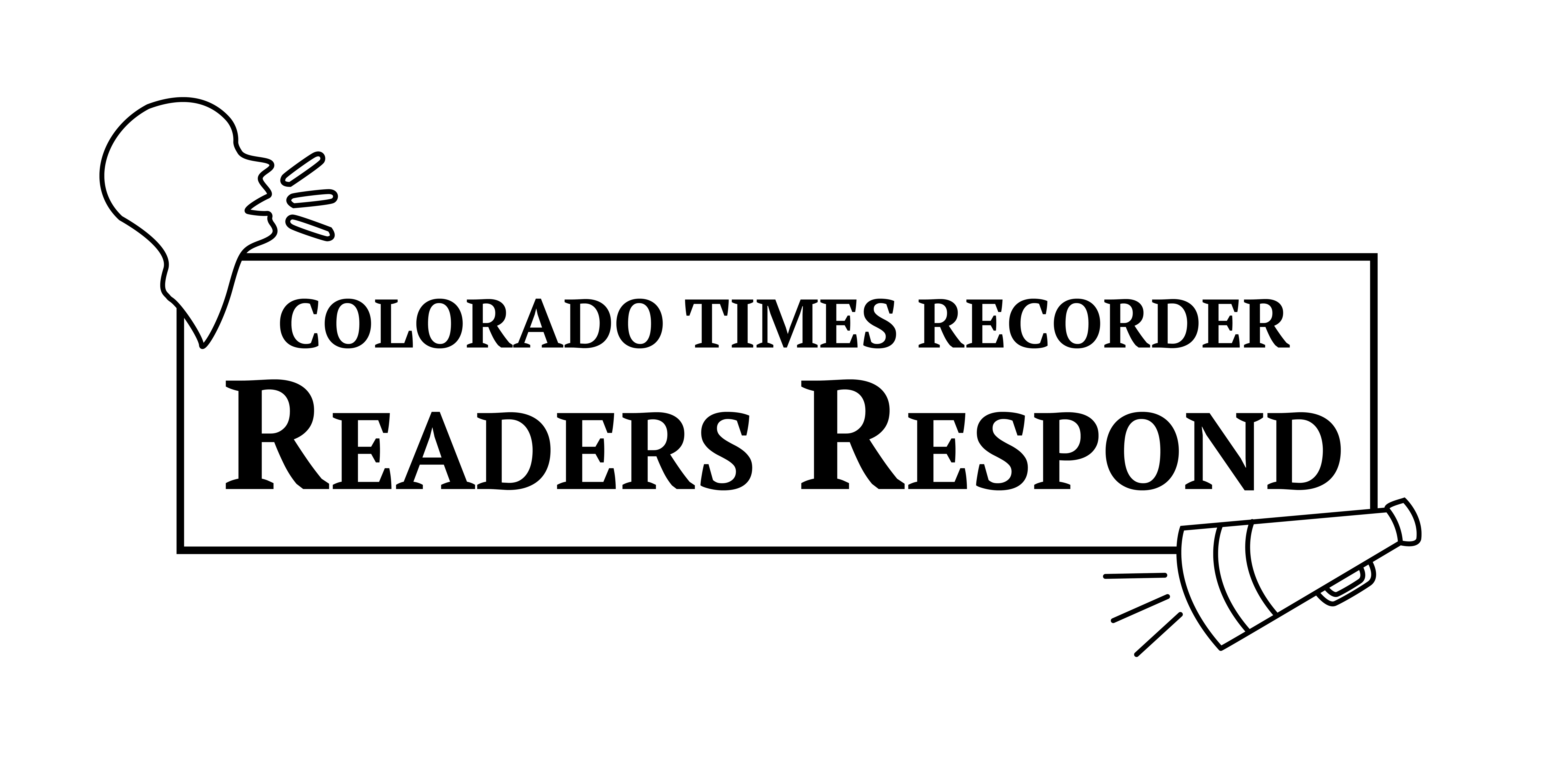 I have to give Xcel Energy credit — they know that their customers are captive, so they have no reason to lie. Whatever we’re told we have to pay, we’ll have to pay it. Colorado’s largest utility has a new CEO, Robert Kenney, and if you were hoping for good news about climate action and utility bills, you’ll be disappointed.

In a telling interview with Colorado Public Radio, Kenney was pressed on Xcel Energy’s climate goals, and perhaps more importantly for customers right now, affordability. So with record low clean energy prices, huge federal incentives for energy efficiency, and a corporate commitment to reducing emissions, you’d think the Xcel would be on track, right?

Wrong. Kenney said that Xcel customers should expect to see bills continue to rise as they make “investments in the system,” which includes doubling down on methane gas infrastructure. “There’s no inconsistency in continuing to use natural gas for heating and for power generation,” Kenney said in the interview.

The problem is, of course, that gas is about as inconsistent with climate action and affordability as it gets.

As it stands, home gas prices are projected to be 62% more expensive this winter than two years ago, according to the most recent report from the non-partisan Energy Information Administration. Extreme weather events, which are more common now, can lead to shifts in demand and price spikes. Coloradans have been paying for Xcel’s lack of preparation for Winter Storm Uri, which killed many Texans as gas and coal plants, not windmills, failed to deliver power. When Xcel hooks up new buildings to the gas system unnecessarily, customers have to pay for that too, even if in a few decades gas will be obsolete.

Disappointingly, Kenney points to “green hydrogen” here, the most recent greenwashing grift from the fossil fuel industry. The idea is this: we can’t ban methane gas regardless of how expensive and bad for the climate it is because one day we’ll replace that fuel with clean hydrogen. While hydrogen certainly will have impacts in some sectors, repeated studies say it’s simply not possible or economic to replace the entire building methane gas system with it. It’s too unproven and too expensive compared to using electricity to more efficiently do the same thing. The fossil fuel industry has a clear playbook: distract, wave shiny objects, and pretend to care about the environment until regulators have had enough.

So what’s Xcel’s role with hydrogen if it can’t be a solution? Maintaining a high profit margin might be a good reason. If they continue building more pipelines, more homes hooked up to leaky gas lines, they get to charge customers more and keep revenues high, locking those customers into whatever expensive (and possibly dangerous) fuel is pumped in. It’s like only being able to buy a car from a dealership that has problems only the dealership can fix. Our bill goes up, they profit.

And of course this doesn’t take into account the incredibly high cost of continued climate devastation caused by methane gas.

The solution is something Xcel must admit one day, and our climate and wallets would appreciate sooner rather than later: natural gas is incompatible with our climate future. According to climate experts, we must transition our entire energy away from gas as soon as possible. That means no more polluting gas power plants in low-income communities, no more gas stoves releasing dangerous pollutants into our homes, no more leaky pipelines, no more water-and-air destroying fracking.

Xcel needs to plan to phase out gas entirely and transition to a 100% electric system powered by clean, affordable energy.

More Than Enough Reasons to Vote

A student wants to know why even vote when there is an evenly divided politic that holds the status quo firmly entrenched. His complaint is that the big issues of inequality and the decline of the middle class continue to take a back seat to resolving the culture war with its perpetual state of political divisiveness.

My response to the question “Why bother to vote?” hopes to motivate the apathetic to either get to the polls or else send in their mail-in ballot.

There are a number of reasons why I urge everyone to exercise their civic duty, including the fact that if it were not for our right to cast a ballot, we’d be living in an even more oppressive state than many are experiencing now.

When this government was established, the fundamental concept was that the will of the majority of the people, rather than any monarchy or any church or religion, would be the determinant of our choices, liberties, and lifestyles.

That there are people, of every age, who are unwilling to participate in what is a basic civic duty, is beyond disturbing to those of us who have put in the effort to be informed and who remain advocates for all of our freedoms that were established in the Constitution and expanded and reinforced by subsequent amendments and legislation.

What this level of apathy represents to me is essentially a failure of our educational system, as well as a tragic decline in the effectiveness of parenting skills and mentoring responsibilities. Had we as a country succeeded in these obligations to one another, we would not continue to see historically low voter turnouts, most noticeable during midterm elections. Had we been successful we would have long ago proven beyond a reasonable doubt that we in this country are the fortunate recipients to live under a system of government with a well-established rule of law.

Our way of life in this country has its roots firmly established in individual responsibility, strengthened by a systematic vehicle that permits giving voice to our needs, wants, and injustices. Voting is one simple act that reveals one’s commitment to an expression of individual authority, an act that affects billions of lives for the better or worse.

To me, this is nothing short of a miracle. One only has to look at the rest of the world’s population. Billions of people have existed, rather than have thrived, under oppressive regimes that have denied even the basic human rights.

Many of the current non-voters, and even some voters, take these rights for granted or else they mistakenly believe these freedoms will always be available for all to enjoy.

You don’t have to look much further than the overturning of women’s healthcare choices — denying all females the right to have autonomy over their own bodies — to see that all freedoms are challenged at some point.

The fragility of individual and collective freedoms, and the need for these rights to be renewed with every voting season, should now be abundantly clear to everyone who is not sleepwalking. But as long as you are choosing not to vote, to sit this one out, you are actually part of the problem of the lopsided equality you denounce.

Each of us has the power of the vote. If you do not exercise that option, you are choosing inequality; You are permitting others to have greater influence over your agency, and ultimately are putting into peril your own freedom. By not voting, you are effectively enabling any potential oppressors of individual rights to win, by default, and these winners may potentially enact restrictions to any freedoms you currently experience and do not want to forfeit.

Why would any rational person, opposed to inequality, choose to forfeit their influence to those who may not have your best interests at heart?

From my playbook, the problem here is not religion, but rather ignorance as much as it is laziness.

Some of the political divide in this country is clearly evident in which side of the religious aisle you choose to sit within. Even those who are not religious are choosing to sit in their separate aisle. But anyone who is not living under a rock knows this country’s problems go way beyond religious positions.

To be a responsible citizen requires one to put in the work. I do not mean in terms of employment, whether paid or volunteer labor. I am referring to doing the work of becoming informed about the issues on the ballot and learning about the candidates who are going to be representing your district and the nation.

Too many people of voting age do not even look at the material provided in the voting information booklet. Many people do not subscribe to, or read, any newspapers or magazines that cover in-depth analysis. The news and political opinion they get comes in soundbites from commercials on airwaves that are propagandistic.

These outlets curry the favor of all those who are nourished by righteous indications and outrage, or who are so consumed by fear — from villains to viruses — that their prefrontal lobes become paralyzed. Whenever this happens, one’s emotions, rather than the capacity for intellectual debate and comprehension of indisputable data, tend to dominate. This brings a less-than-desirable outcome.

It takes time and effort to become informed about serious issues and the various proposals in order to solve problems. So it is that the pas de deux of ignorance and laziness that is choreographed by those who take joy in restricting one’s personal choices and freedoms, has helped manifest a chaos that can seem insurmountable.

Choosing to remain ignorant, which is ultimately an expression of self-cancellation and a diminishment of one’s dignity, only continues to drive the descent into a collective hell rather than helping to create a heaven on earth.

It is not the devil, evil, or atheism that is at the root of this chaos, despite what any red, blue, or purple states have to say about what the decline in church memberships is doing to the country. Rather, it is the lack of vision for the power of kindness.

Be kind to yourself and to others by becoming informed with facts, not baloney. Take a position by your vote that is a reflection of your highest aspirations for a life in this country that enriches all.

Vote as though your life, and the world, depends on it because it actually does.

Giselle M. Massi is the author of “We are Here for a Purpose: HOW TO FIND YOURS” and the novel “Just Dance the Steps.” Giselle was a journalist with The Denver Post for 16 years and now writes a newspaper advice column called “Tell Giselle.” Contact her at GiselleMassi.com.