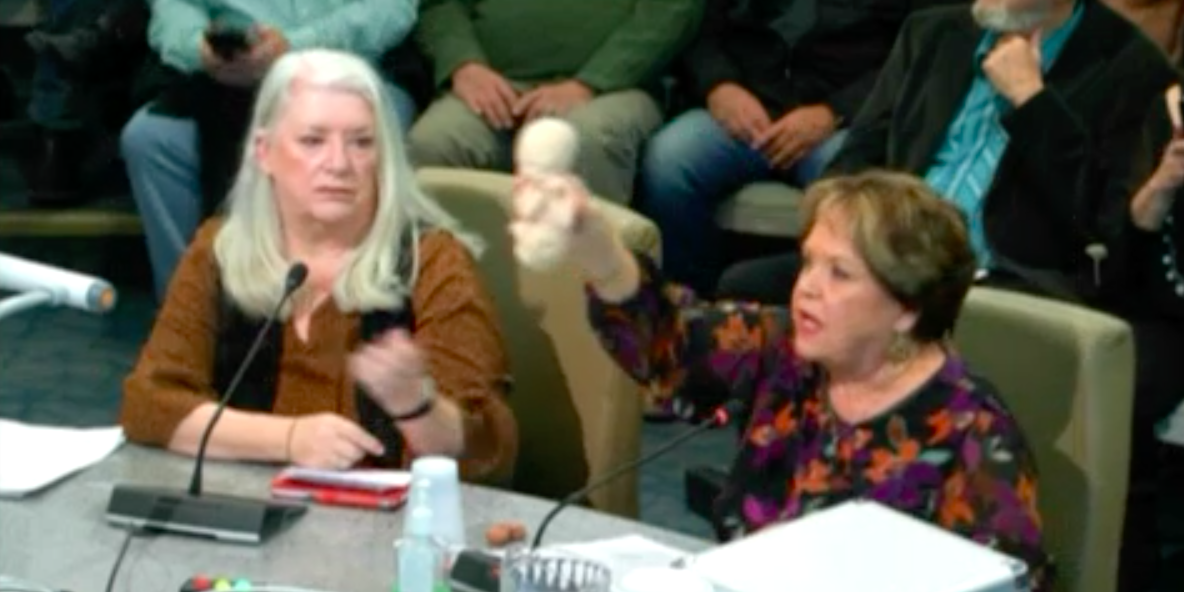 Anti-abortion activists used the public comment period during last night’s Pueblo City Council meeting to voice opposition to a CARE [Clinics for Abortion and Reproductive Excellence] clinic that recently purchased property in Pueblo. Activists called on the council to take action to prevent the clinic from opening.

Currently, Pueblo residents in need of abortion care must drive an hour to Colorado Springs to access treatment.

“I sit here before you tonight to address a topic of great importance in our nation that now has great relevance in the community of Pueblo,” said Quin Friberg, a pastor at Family Worship Center and a board member of the dominionist activist group Forging Pueblo. “Dr. Leroy Carhart plans to open an abortion facility in the Bessemer neighborhood in Pueblo and will offer not only first trimester abortions, but will offer practices that the majority of Americans are opposed to — third-trimester abortions.”

A website created by anti-abortion activists to oppose the Pueblo CARE clinic uses misleading language to describe third-trimester abortions and targets Carhart, who runs clinics in Nebraska and Maryland. While Colorado’s Reproductive Health Equity Act allows abortions throughout the course of a pregnancy, it is important to note that such procedures in the third trimester of pregnancy account for 1% of all abortions in the United States. According to the Kaiser Family Foundation, “These abortions receive a disproportionate amount of attention in the news, policy, and the law, and discussions on this topic are often fraught with misinformation; for example, intense public discussions have been sparked after several policymakers have theorized about abortions occurring ‘moments before birth’ or even ‘after birth.’ In reality, these scenarios do not occur, nor are they legal, in the U.S. Discussion of this topic is further obscured due to the terms sometimes used to describe abortions later in pregnancy– including ‘late-term,’ ‘post-viability,’ ‘partial birth,’ ‘dismemberment’ and ‘born-alive’ abortions—despite many medical professionals criticizing and opposing their use.”

According to Forging Pueblo’s website, “Forging Pueblo is an organization that was founded in July, 2018, with the goal of impacting Pueblo with a Biblical worldview. Our goal is to influence all major areas of society, including: Government, Education, Business, Religion, Arts and Entertainment, Media, and Family. We believe the body of Christ can unite and make a significant impact on our community if churches and believers work together.”

Forging Pueblo’s emphasis on “all major areas of society” is a reference to the Seven Mountain Mandate, the idea that the evangelical Christian church should control all aspects of society. The Seven Mountain Mandate was originally developed by Loren Cunningham, the founder of Youth With a Mission, and Bill Bright, founder of Campus Crusade for Christ. The movement has seen a recent resurgence, led by Pentecostal evangelist Lance Wallnau, who has spoken regularly at events put on by MyPillow CEO Mike Lindell and Clay Clark, founder of the ReAwaken America Tour.

During the last legislative session, Luck, alongside Rep. Dave Williams (R-CO Springs) and Rep. Patrick Neville (R-Castle Rock), introduced a slate of extreme anti-abortion bills that were voted down in committee after nearly 12 hours of testimony from organizations like Colorado Christian University and End Abortion Now, which has inspired anti-abortion legislation in a number of states.

Despite the testimony of anti-abortion activists, at times waving prop fetuses during their public comments, Pueblo Mayor Nick Gradisar, a Democrat, told the over-capacity crowd there was nothing he or the city council could do to stop the clinic from opening.

“You know, the Colorado legislature and the Colorado voters have determined that abortion is legal in Colorado,” said Gradisar to heckling, including cries of “baby killer” from the audience. “There’s nothing else I can do as the mayor to reverse that determination; that determination has been made four times. The city of Pueblo basically will have no regulatory authority there. They’re putting it in a medical clinic. It’s properly zoned so they won’t have to come and get rezoning or anything like that. It’s zoned for that kind of a facility. … The point I want to make is that there’s absolutely nothing that I, as a mayor, or in my judgment, you, as a city council, can do to prevent this clinic from opening.”

Some on the Council disagreed with Gradisar’s assessment, suggesting a new ordinance to regulate abortion clinics and a possible ballot measure to ban abortion providers in Pueblo.

“If we can make this a sanctuary city for the unborn, that would be awesome,” said Councilor Regina Maestri. “At least open the conversation to the needs of our city. It seems like Hobbs, New Mexico, just passed an ordinance just last week. Not reversing — we can’t fight the law that’s already in place, right to abortion — but, you know, if we’re truly about women’s health and we want to make it a woman’s health issue, I think we should take the opportunity to try to regulate and license it here in this city.”

In Colorado, both Weld and Park Counties have had county commissioners attempt — unsuccessfully — to introduce resolutions to make their counties sanctuary counties for “the unborn.” In Hobbs, New Mexico, the all-male city council voted Nov. 7 to ban abortion within city limits after a Whole Woman’s Health clinic planned to relocate to Hobbs from Texas.

“We are a home rule city, and we should be able to make our own rules,” said Councilor Lori Winner. “I’m sure that we could probably bring an ordinance forward for no abortion clinics. I think there’s definitely some gray areas when it comes to abortion, and that should be done between, you know, a professional OB-GYN and the circumstances that go along with that, but no abortion clinics. If we cannot pass an ordinance like this on Council, you could also petition to get on the ballot. There is a county election coming up on May 2, so I guess we could try the ordinance first, if it doesn’t pass, then we’d have to collect signatures for that.”