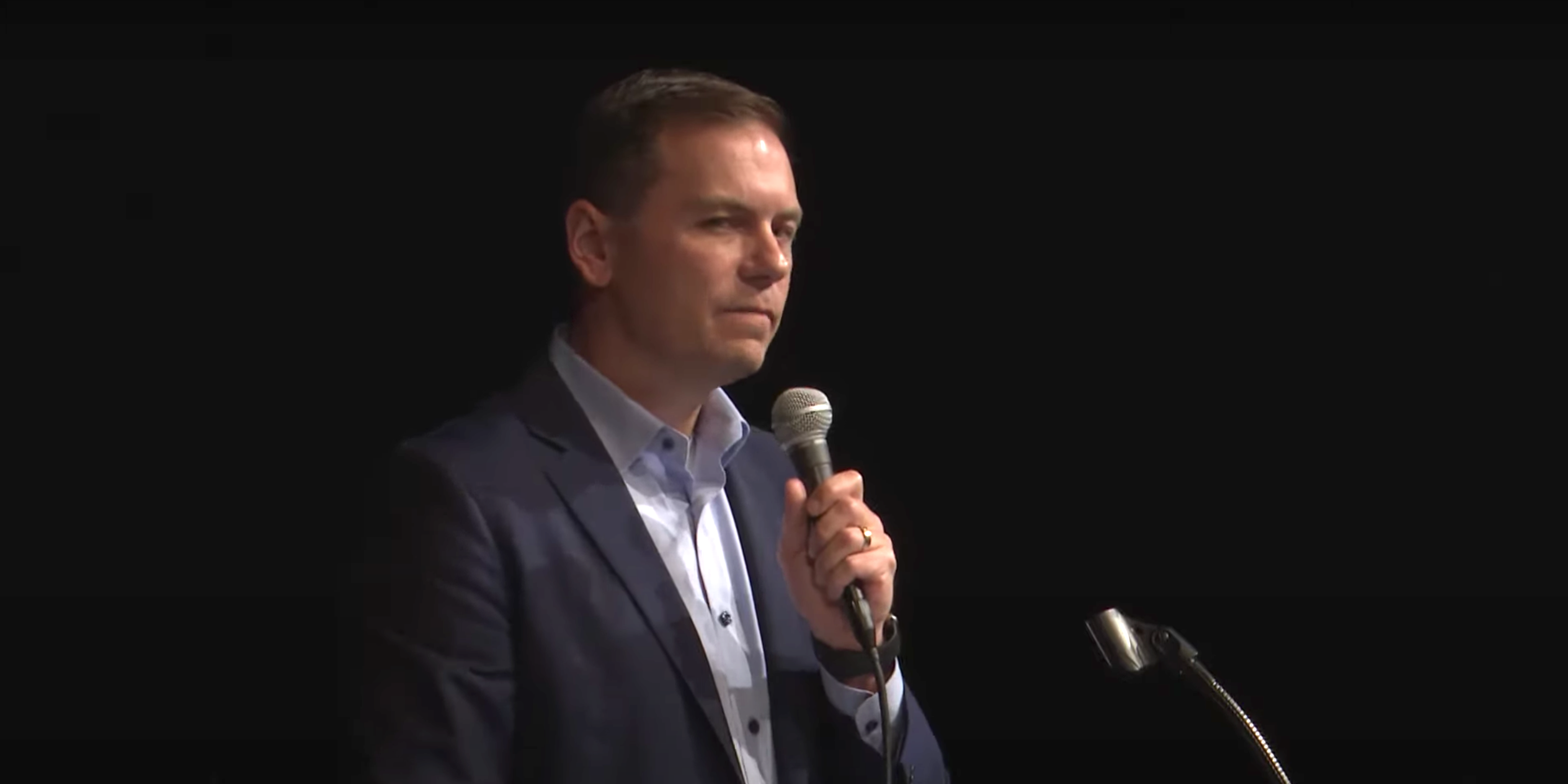 District Attorney John Kellner, who is running to be Colorado’s Attorney General on a platform of cracking down on crime, cashed a check from a QAnon-promoting donor who was at the U.S. Capitol on Jan 6. Kellner’s decision to keep the insurrectionist’s donation is surprising because last month he appeared to say he wouldn’t.

At a Sept. 20 candidate forum, an audience member asked Kellner and Democratic incumbent Phil Weiser if they would pledge to “not accept campaign funds from anyone who engaged in the January 6th insurrection.” Kellner praised the question and appeared to agree with the questioner, said he does not support “the folks that denied the outcome of the election in any way, shape, or form,” but never actually committed to rejecting insurrection-linked contributions.

QUESTION: Would both of you pledge to commit to accepting no campaign funds and holding no fundraisers with anybody that engaged with the Jan. 6 insurrection and worked with election deniers?

KELLNER: That’s a great question, and it’s absolutely appropriate to ask. I think anybody who violated the law that day on Jan. 6 should be held accountable, [and] should probably go look at jail or prison. I don’t support the folks that denied the outcome of the election in any way, shape, or form.

What I’m gravely concerned about, honestly, is the amount of money – upwards of $10 million dollars – spent by the Democrat Party to try and uplift people that they also simultaneously said are a true threat to our democracy. I think that amount of hypocrisy is probably something that we’ve never, ever seen before. I think it is fundamentally wrong.

At least one prominent Kellner donor is an election denier who participated in the Jan. 6 insurrection.

Meritt tweeted about being at the Capitol on Jan. 6, claimed the violence was carried out by Antifa, and pushed multiple election fraud conspiracies, including the QAnon-linked “Italygate” conspiracy, which claims Italian military satellites remotely switched voted from the Trump to Biden.

Meritt, who continues to campaign for the entire slate of Colorado GOP candidate, is an unabashed election denier to be sure, but her individual donation pales in comparison to the funds poured into Kellner’s campaign by a much bigger donor that also bears responsibility for the violence of Jan. 6.

The Republican Attorneys General Association (RAGA), which has spent over $357,000 on Kellner’s behalf, was a co-sponsor and helped organize the “Stop the Steal” rally that led to the riot. Not only did it cut a $150,000 check for the rally, but it sent robocalls to Trump supporters promoting the ultimate goal, saying, “We will march to the Capitol and tell Congress to stop the steal.” RAGA member Ken Paxton, the Attorney General of Texas, also spoke at the rally. In the days following the riot, RAGA’s executive director Adam Piper resigned while refusing to comment directly on the robocall.

The Kellner campaign did not respond to inquiries as to why it hasn’t returned Meritt’s check or disavowed RAGA’s six-figure spending. This article will be updated with any response received.