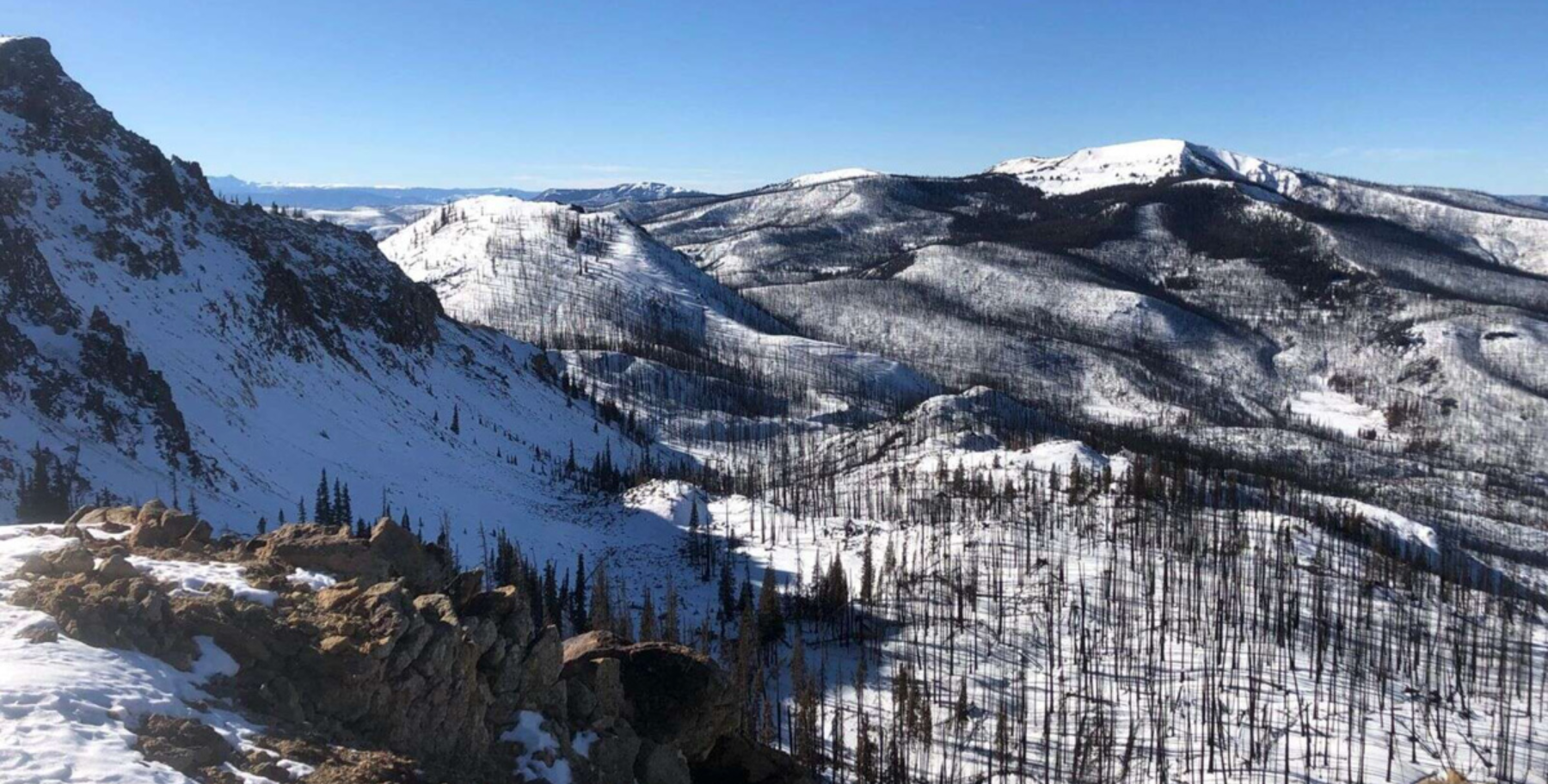 A new study finds wildfires are burning more high elevation areas and dramatically impacting the West’s snowpack as a result.

The ground beneath researcher Stephanie Kampf’s boots was black and burned to a sooty crisp in June 2021 as she walked across the burn scar left by the Cameron Peak Fire of 2020. A summer after the fire engulfed over 200,000 acres in flames, there was no snow to be found in its footprint — despite being almost 10,000 feet above sea level, where snow often persists in Colorado. In a nearby stand of unburned trees, however, Kampf noted, some “nice snow” did appear. “It was really striking,” she said. “It was so mind-blowing to me.”

According to research out Monday in the journal Proceedings of the National Academy of Sciences, wildfire is increasingly altering the snowpack in the Western U.S. Kampf, the lead author and a professor of watershed science at Colorado State University, said the Cameron Peak Fire — Colorado’s largest fire to date — inspired her research, because it started so close to the Continental Divide. That surprised Kampf. “We started wondering, is this something that’s happening elsewhere in the West?” she said.

Kampf and her team set out to determine whether more wildfires are burning at high elevations. The answer is unequivocally yes. And the consequences are dramatic: Snow in wildfire-burned areas is melting 18 to 24 days earlier than average. Climate change is already fueling an increase in the length, frequency and severity of the wildfire season. And the snowpack is critical to the health of Western people and ecosystems: According to the Natural Resources Conservation Service (NRCS), it contributes 20% to 90% of surface water used for agriculture, energy production, aquatic species habitat and more.

The researchers homed in on places where snow doesn’t completely melt off until or after May, called late-melt snow zones. These areas tend to stay cold long into spring, and then melt relatively quickly — often creating big snowmelt pulses in stream flow. The ground cannot absorb all that snow when it melts simultaneously, and as a result, the water ends up in streams for uses downstream.

The authors found that from 1984 to 2020, 70% of late-melt snow zones saw a significant increase in wildfire activity. “What this study shows nicely is that fires are moving into places that we would think of as being more resistant because they’re cooler and wetter,” said Paul Brooks, a professor who studies mountain hydrology at the University of Utah. Brooks was not involved in the study but reviewed the manuscript. In zones that hold snow the longest in the Southern Rockies, more area burned in 2020 than the last 36 years combined. “It’s a shocking difference,” Kampf said. “Seeing that in many different mountain ranges, the trend towards larger fires in snowy areas, is really the most important finding.”

Wildfires can affect snow in numerous ways. Trees usually intercept some snow, but when they lose foliage or die, more snow initially reaches the ground. Sometimes, this leads to deeper snow. But then other competing factors take hold. A more exposed snowpack absorbs more solar radiation. Soot and other burned materials fall on the snow, reducing its ability to reflect sunlight back and also encouraging a faster melt. Open areas are also more vulnerable to being scoured by wind. “It’s a balancing act, which one of those wins to create the snow conditions you see at the end of the season,” Kampf said.

Low-latitude, south-facing slopes and sunny regions are particularly vulnerable to wildfire’s effect on snowpack, as they receive more sunlight and solar energy. So are areas that see severe fires. Regional variability exists: For example, cloudy areas in the Pacific Northwest will likely see different effects on snowpack than areas that see more sun.

The study also found that snow in burned areas contains less water. “Peak snow water equivalent, where the snowpack gets to at the end of the season, is pretty important,” Kampf said. “A lot of places, it’s going to be really correlated with how much streamflow there is.”

A shorter snowy season, which essentially means a longer summer, can have a cascading effect. “It’s like turning off a drip irrigation system a month early,” Brooks said. Plants might be able to start growing sooner, but might also run out of water as the summer progresses or be prone to early season frosts. That can hamper forest post-fire recovery.

The researchers’ findings may impact how water is managed in the future. In areas already experiencing drought due to climate change, fire can further exacerbate water shortage. If snow doesn’t come in major pulses from late melt, and if parched, thirsty ground sucks up moisture, less water is likely to make it into streams, rivers and, eventually, reservoirs. Snowpack surveyors are watching with concern. “Forest fires are having a huge, huge impact on how snowmelt is occurring,” said Erin Whorton, a hydrologist with the NRCS’ Idaho Snow Survey.

Downstream water managers might need to prepare for an earlier melt-off that will contribute to reservoirs much earlier than needed. “The timing is a really, really big deal,” Brooks said. “The surprising nature of less snow … should get folks thinking.”

Kylie Mohr is an editorial fellow for High Country News writing from Montana. Email her at [email protected]. “Wildfires Are Burning Away The West’s Snow” was originally published Sept. 19, 2022 at High Country News.