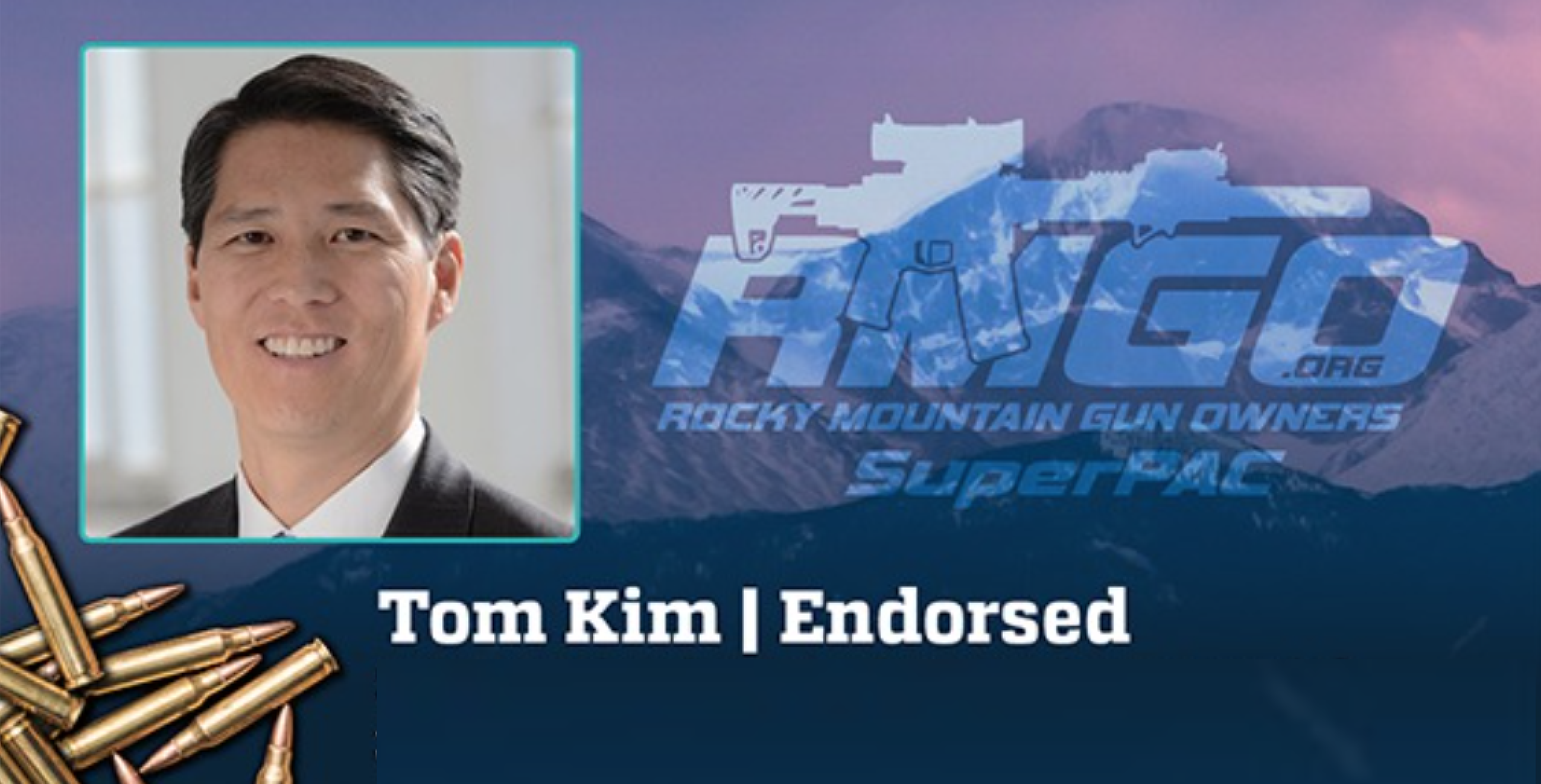 Kim, who’s also been endorsed by the NRA, hopes to unseat Tom Sullivan, a Democrat who launched his political career after his son was killed in the Aurora Theater massacre and who’s widely regarded as a hero among gun-control advocates for his efforts to pass gun-safety laws.

Kim and Sullivan are competing to represent Senate District 27 (SD27), which is located in and around Centennial, southeast of Denver.

In its endorsement, posted on Facebook, RMGO stated that Kim “has promised to stand strong and protect the right to bear arms from the anti-gun legislators flooding the Golden Dome.”

Asked what Kim promised, RMGO Director Taylor Rhodes said Kim answered all his group’s survey questions correctly. This earned Kim a score of “100% on our survey, and obviously, he is running against the most anti-gun legislator in the Capitol,” said Rhodes, adding, “It was a no-brainer for us to endorse him.”

Sullivan, who’s currently a state representative, was a co-sponsor of a bill, which became law last year, that required “firearms be responsibly and securely stored when they are not in use to prevent access by unsupervised juveniles and other unauthorized users.”

“Honestly, I can’t imagine the pain that he goes through, even today,” said Rhodes, referring to Sullivan. “However, the pain he is feeling gives him no right to steal our freedoms, and that’s what he’s done in his last four years under the golden dome. So giving him more power is not something we would support. Obviously, this is an obligatory fight for us because of the draconian-style legislation [Sullivan] that he has championed over the past four years.”

In its Facebook post, RMGO called Sullivan “the most anti-gun, anti-liberty legislator in all of Colorado. If we want to restore our Constitutional protections, it starts by voting people like Sullivan out of office.”

RMGO did not endorse any candidate in the GOP primary in the Senate district Kim seeks to represent — though it did endorse in other Colorado primary races — but RMGO stated at the time that it would probably endorse in Kim’s SD27 race in the general election.

RELATED: Tom Sullivan, Who’s Son Died in a Gun Massacre, Faces a Republican Challenger Who Has a Top Rating from the NRA