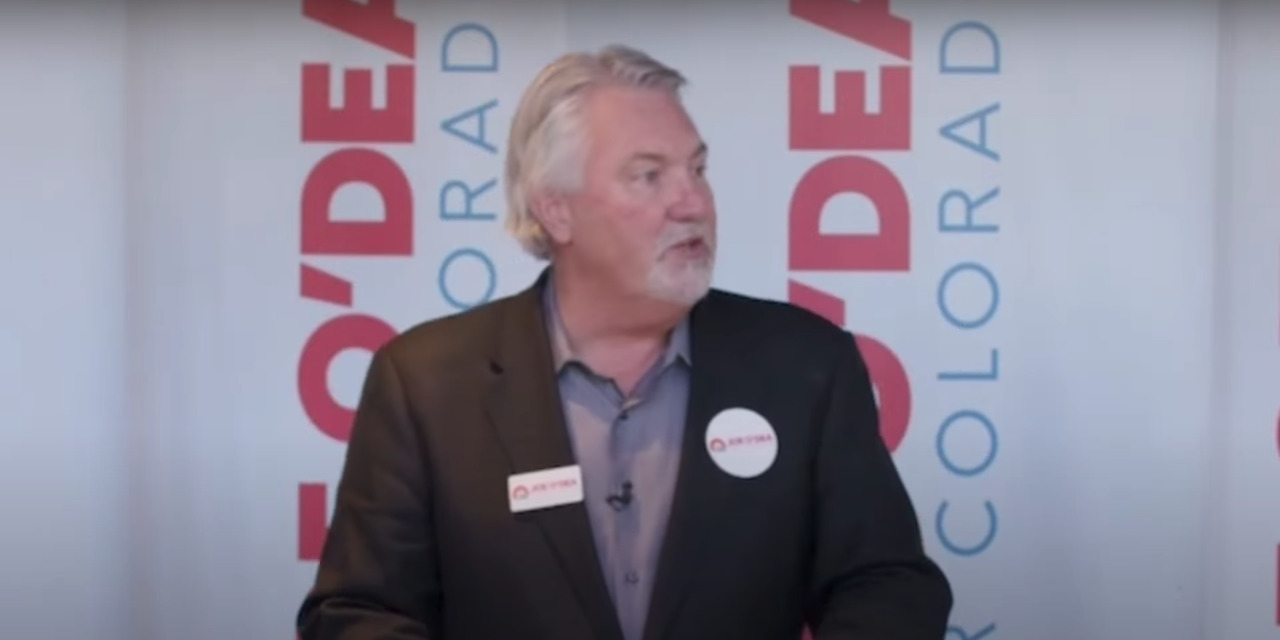 Republican U.S. Senate candidate Joe O’Dea says repeatedly that he disagrees with the U.S. Supreme Court’s June 24 decision to overturn Roe v. Wade, which enabled legal access to abortion up to the point of fetal viability, which is widely seen as being at roughly 24 weeks of gestation and generally not before 22 weeks.

But O’Dea has also said the point of fetal viability is 20 weeks and that abortion should be banned after 20 weeks of pregnancy, with exceptions for rape, incest, and the life of the mother.

“Before viability, in that first 20 weeks, there should be a law that protects the right of women to make the decision for herself — and she shouldn’t have to travel across state lines to do it,” O’Dea said in a Aug. 19 statement to The Colorado Sun. The article was initially about O’Dea’s vote for a 22-week ban, but was later corrected to reflect his more restrictive belief, stating, “Republican U.S. Senate candidate Joe O’Dea believes abortions should be legal up until the 20th week of pregnancy, after which the procedure should be allowed only in cases of rape and incest or when a mother’s life is at risk.”

According to a Denver-area OB-GYN physician and abortion provider, O’Dea’s belief that fetal viability begins at 20 weeks is at odds with his purported pro-Roe stance.

“I do think that [view is] incompatible. As far as legislation goes, this really should just be a private medical decision between a patient and their doctor,” said the physician, who asked not to be named. “It shouldn’t be based on legislation up to a number of weeks.”

Furthermore, the physician also said that declaring fetuses viable at 20 weeks is “arbitrary” and has no medical justification.

“[20 weeks is] a pretty arbitrary number,” said the physician. “And second of all…we’re seeing pregnant people, we’re diagnosing things that are not compatible with life after 20 weeks. And so, from a numbers standpoint, it doesn’t make sense.”

The New York Times reported in December that babies born before 22 weeks “are generally considered to have virtually no chance of survival or to be too underdeveloped to be treated with intensive care.”

“Now, many hospitals will attempt to provide lifesaving treatment like resuscitation and ventilation to babies delivered at 23 weeks of pregnancy,” reported The Times’ Pam Belluck.

“In a smaller percentage of cases, such aggressive treatment has enabled the survival of babies delivered as early as 22 weeks. Still, some hospitals consider it more ethical to spare fragile 22-week newborns the pain of being subjected to prolonged intensive care that may not ultimately save the baby’s life. Before 22 weeks, babies are generally considered to have virtually no chance of survival or to be too underdeveloped to be treated with intensive care, although there have been rare exceptions of babies born at 21 weeks.”

O’Dea’s stance of claiming to support Roe while opposing pro-choice legislation and favoring a proposed ban on abortions after 22 weeks of gestation also shows that he’s not, in fact, a supporter of abortion rights, say abortion advocates.

“In all honesty, saying that he supports Roe v. Wade while simultaneously opposing all of the policies that do protect reproductive rights — it’s a cowardly move,” said Selina Najar, Political Director of Cobalt, an abortion-rights advocacy group. “If he were serious about his commitment to reproductive rights, he would support those policies, maybe even with his own caveats, but that’s not what he’s doing.”

In an August blog post, the left-leaning Colorado Pols wrote that O’Dea had committed an “unreal error” in revealing he voted for Prop 115, a 2020 ballot initiative that would have banned abortion in Colorado after 22 weeks. It failed resoundingly, with nearly 59% of Colorado voters rejecting it.

“O’Dea basically just acknowledged that his position on abortion is at odds with 60 PERCENT OF COLORADO VOTERS,” Colorado Pols wrote (emphasis theirs). “And with that, all the other discussions about how or when or where O’Dea might support abortion rights just went completely out the window.”

O’Dea could not be reached for comment on this story.

Particularly since the demise of Roe v. Wade, abortion rights have become a pivotal issue in Colorado’s Senate race, in which O’Dea will face incumbent Democratic Sen. Michael Bennet.

In August, Sen. Bennet released a TV ad attacking O’Dea’s position on abortion, claiming that he “opposes the law protecting abortion access in Colorado” and “would have voted to confirm Trump’s Supreme Court justices who overturned Roe V. Wade.”

As of 2019, according to the Centers for Disease Control and Prevention, less than 1% of all abortions were being performed at or beyond 21 weeks of pregnancy.

However, the claims made in the Bennet ad were true: The Senate hopeful has in fact spoken out against Colorado’s Reproductive Health Equity Act — a law passed in April that codified abortion access in the state without limits on how late it could be performed — calling it “reckless,” according to his campaign site.

“[O’Dea’s] record indicates — on every single front, whether it’s supporting a policy or opposing — when the rubber meets the road and he is forced to answer whether or not he supports a specific policy proposal that supports abortion rights, he says no,” said Najar. “His record is fully supporting anti-abortion policies.”

And O’Dea has also acknowledged that he would have voted to confirm former President Donald Trump’s Supreme Court nominees, all of whom voted to strike down Roe v. Wade — a fact that’s hard to square with his purported pro-Roe stance.

Recent polls suggest Bennet is leading O’Dea by anywhere from one to 11 percentage points in what could be a close Senate race. But given O’Dea’s ambivalent position on abortion, and given that Colorado voters have overwhelmingly supported abortion rights without gestational term restrictions, whether O’Dea will gather enough support to win November’s election has yet to be seen.