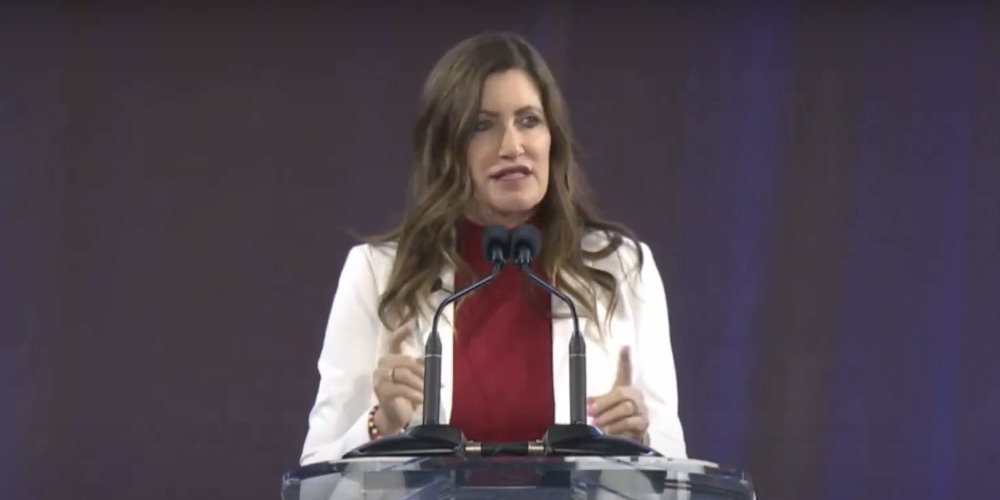 Heidi Ganahl’s plan to “fix” Colorado’s complex and expensive transportation problems surprised me. I thought the plan from the Republican candidate for governor would simply be a retread of conservatives’ biannual effort to jam a hugely expensive wishlist into a severely strained budget. It was that, but it was also much more – the entire menu of options our elected leaders have been discussing for ten years. In some cases, she proposed things that have already been done by our current leadership.

After months of lambasting newly-approved user fees as cruel and unnecessary taxes hurting Coloradans’ wallets, she fully embraced them as a revenue source in her $10.5 billion program. And while she proposed taking them to voters for their approval, the fact she is endorsing these funds as necessary and, in fact, guaranteeing their passage by voters, is hard to square with months of slogans. Not only did the proposal show us the gaping difference between campaigning and governing, it raises very practical questions about what it means to suspend a funding stream that’s already been turned on and what will happen if it is disrupted by political antics.

But Ganahl went further, proposing that we use our state’s general fund to “match” the dollars raised by user fees, using roughly $300 million from our existing tax revenue to fund additional transportation needs. The biggest question at her press conference announcing the plan was how the University of Colorado regent-turned-gubernatorial candidate who proposes zeroing out our income tax would find the money for this. She cast the question aside, saying our legislature should simply try harder to find the funds.

Ganahl proposed all of this under the broad promise of no new taxes. Finally, it came with an additional $1.5 billion in “public private partnerships,” which often involve toll lanes, as a cherry to top off the whole thing off.

There’s a reason our legislators and our past three governors have not simply taken $300 million out of the state’s general fund and committed it into a multi-decade transportation plan. Put simply, it’s not there.

Even as our state has made nearly $1.5 billion in transportation investments from the general fund over the past 10 years, it has fallen billions of dollars behind on schools and many other priorities. In this month’s revenue forecast, the legislative council projected that only $84 million would be left in the General Fund if our legislature simply maintained current levels of service. It is unclear today how we will deal with a huge list of underfunded services we all care about. The problem, as even the most conservative transportation advocates would admit, is that we would be one recession away from cutting schools to honor our debt to bond holders.

So when state legislators put together their plan last session, they didn’t propose raising user fees because it was good for their health. It was the best in a broad array of sub-optimal choices.  In fact, for many of us, they are not the best options at all. Many of these tools are regressive – meaning they hit us all regardless of our capacity to pay. Layer this on top of an already regressive tax system and you start to see why voters are so unhappy with the tax code.

And where exactly are the voters on transportation? In 2018, two competing approaches were put to us. The first, recklessly titled as “Fix our Damn Roads,” lost by 60 percent. The other, a sales tax increase proposed by the Denver Metro Chamber of Commerce, bombed as well. Ironically, by voting against the measure, rural counties turned away a massive amount of money from the Front Range, where the most sales tax is raised.

In the aftermath of that ballot cycle, it became clear to many that user fees were the only way to fund a fix for an increasingly bigger problem. Colorado’s constitution explicitly permits the state to set up enterprise funds that rely on the revenue from fees directly connected to the services they provide. In 2020, in an effort to pre-empt the obvious path we were heading down, conservatives used dark money to advance a ballot measure that asked us if voters needed to approve enterprises that take in more than $100 million in revenue over 5 years. The measure barely passed, getting just 52% of the vote.

The legislature, following the law, created four distinct new enterprises, assessing user fees for delivery and ride sharing services, adding a fractional surcharge on gasoline, and committing new general fund dollars in years when our General Fund is allowed to grow. The plan, which was supported by conservative business groups and Republican elected officials as a viable way forward, will raise $3.8 billion over 10 years. Federal stimulus dollars and past commitments bring that total to $5.1 billion.

So, when all is said and done, where do things stand on transportation funding? At least one component of the already approved plan, the surcharge on gasoline, has not yet been activated. We’re on track for better, but some choices no one is particularly happy with. Our leaders have put together an approach that is the best and biggest funding stream for transportation in years. Through a combination of general fund payments, delivery and user fees, and federal money, we’ll get there.

For me, however, the Lexus Lanes we’ve grown familiar with on I-70, are the hallmark of the whole thing. One of the wealthiest states in the nation relies on regressive ways to fund things we all need. No wonder two-thirds of Coloradans consistently say they want the wealthy to pay their fair share in any funding solution up ahead.

And that is the one thing absent from the gubernatorial stage right now: a focus on fairness and an acknowledgement of just how bad inequality has gotten. So by serving up the whole menu, Heidi Gahanl might have actually done us a favor. Do we like any of the choices on it?

Like a fading restaurant, this entire conversation needs an update. We need new rules and new tools. Whether you are conservative or progressive, you know our state’s tax code ultimately needs to be adequate, sustainable and fair. We don’t get there by misleading people about what is actually realistic and we sure don’t get there by choosing the whole menu either.

Scott Wasserman is the Executive Director of the Bell Policy Center, which has worked to advance economic mobility in Colorado since 2000.