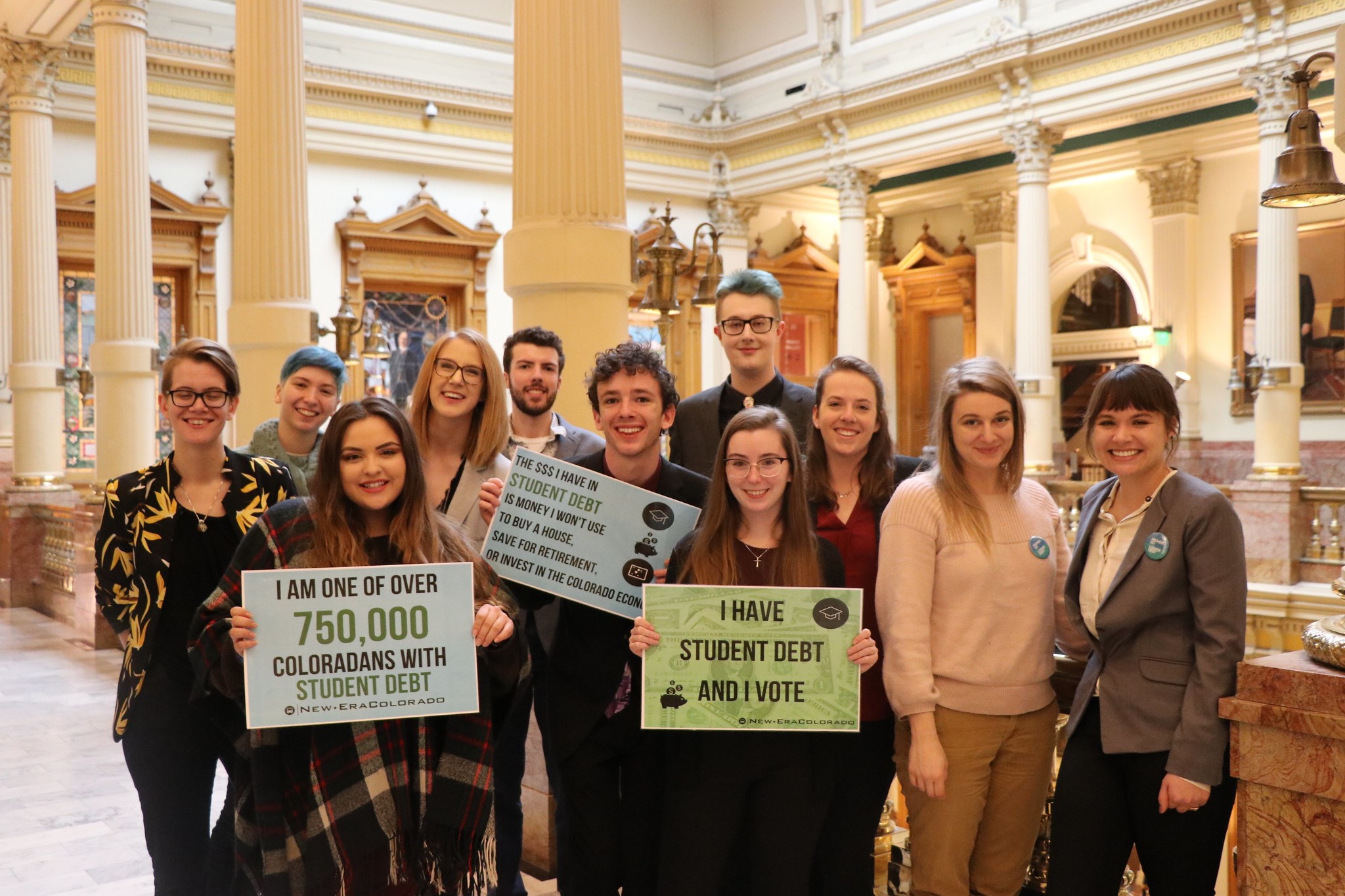 By Lindsey Toomer for Colorado Newsline.

Key priorities in the group’s Youth Agenda Policy Platform include racial justice, climate justice, reproductive rights, higher education and student debt, economic justice and democracy reform. A news release from New Era said the report also outlines young people’s “vision for change at the local, state and federal levels,” highlighting the results of over 1,200 conversations across Colorado. New Era intends to use the policy platform as a “tool to apply an intersectional lens” to its educational, advocacy and electoral work.

“We’ve worked non-stop since 2006 to empower young people in every corner of Colorado to make their voices heard because we believe in the power of young people to create change,” Nicole Hensel, executive director of New Era Colorado, said in a news release. “We’ve registered over 250,000 young people to vote, turned them out at record levels, and won major victories to expand access to our elections. Now, for the first time, we are clearly articulating what that change looks like and the progress young people demand to see from decision-makers.”

For each of the ten priorities — climate justice, reproductive rights, higher education and student debt, economic justice, democracy reform, health care and mental health, education, LGBTQ rights and gender expression, immigrant rights, and criminal justice — the full policy platform details how the issue is defined and what young people demand in its regard.

The “central frame” of the project is racial justice, emphasizing the use of an “anti-racist lens” to prioritize people of color in the approach to every issue highlighted in order to work against systemic racism. While New Era will lead organizing efforts for the first five key issues, partners including the Colorado Organization for Latina Opportunity and Reproductive Rights and the Colorado Fiscal Institute will help advocacy efforts for others.

“We know that young people will create the world that we want to see—one that is inclusive to all people and built with and alongside our communities,” Christina Soliz, political director at COLOR, said in a news release. “We’re ready to continue to work in partnership with New Era to collaborate on these issues together.”

A central theme in the demands is seeking equitable access for all, including access to clean air, reproductive healthcare and abortion, debt-free education, affordable housing and health care.

This story originally appeared in Colorado Newsline, which is part of States Newsroom, a network of news bureaus supported by grants and a coalition of donors as a 501c(3) public charity. Colorado Newsline maintains editorial independence. Contact Editor Quentin Young for questions: [email protected]. Follow Colorado Newsline on Facebook and Twitter.