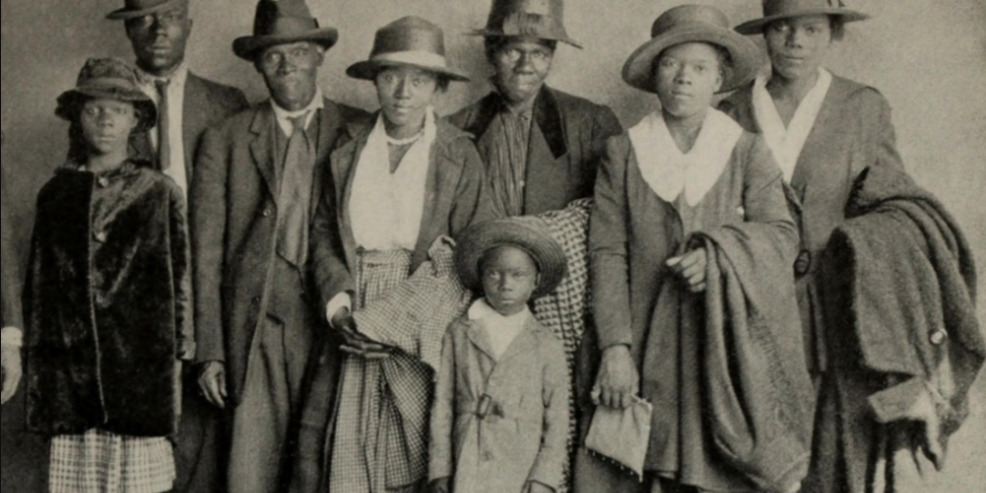 During the early 1900s through 1970, millions of African Americans migrated from the deeply segregated agricultural South to the industrial, less segregated Midwest and North. They hoped that escaping from Jim Crow states to cities with plentiful industrial jobs would create better economic opportunities for themselves and future generations.

This phenomenon was called the Great Migration, and many Black children who experienced it went on to become legendary figures. They include the actor James Earl Jones, the writer Zora Neale Hurston, and baseball star Jackie Robinson.

But important new research by Dr. Ellora Derenoncourt of Princeton University casts doubt on the long-term benefits of the Great Migration for Black families.

In a paper published by the American Economic Review, Derenoncourt points out that while there might have been an initial increase in opportunity, many African American grandchildren and great-grandchildren of these migrants are financially struggling today. Despite their ancestors’ hard work and optimism, they have seen little bridging of the racial economic divide.

What went wrong? And what can we do about it today?

After World War I, an economic recession fueled a vicious backlash against African Americans who were trying to be a part of the industrial economy.

White Americans, including many war veterans and recent European immigrants, formed mobs to attack African American communities in what NAACP activist James Weldon Johnson called the “Red Summer” of 1919. During the racist violence of that year, hundreds of Black people were killed or injured and over 1,000 were left homeless.

Even after the end of the “Red Summer,” Derencourt explains that African Americans continued to be marginalized by policies that drove de-industrialization, the ghettoization of African Americans, white flight, and mass incarceration, as well as continued racist violence.

By the middle of the century, the industrial cities of the North and Midwest had shifted from areas of great opportunity for Black families to what Derencourt describes as “opportunity deserts.”

This transformation was so severe “that outcomes for the third generation in the North look no better today than for Black children growing up in the South,” Derenoncourt concludes. Nationwide, the Black-white wealth divide today is a chasm, with African Americans having a median wealth of just $9,000 — compared to white median wealth of $160,000.

The Great Migration ended in the 1970s as Black families realized that the vision of opportunity in Northern cities had become an illusion. In fact, since then there has been a growing trend of African Americans moving back South, particularly to major cities.

And so African Americans continue to relocate to find greater opportunity, or at least a better quality of life. But sadly the nation has yet to find the will to expand these opportunities by investing sufficiently in education, health care, housing, and other areas to reduce economic inequality regardless of U.S. geography.

The policy response to the rising costs that are harming so many Black families has been particularly discouraging.

Instead of focusing on lessening the pain for struggling families, the primary federal response to inflation thus far has been to raise interest rates, a move aimed at stifling consumer demand among people of all income levels and races. This makes little sense, given our country’s staggering levels of economic and racial inequality — and at a time when Black unemployment remains at 5.8 percent (compared to 3.6 percent for white workers).

Until we have a serious national reckoning on race, the goal of bridging our racial economic divide appears as far away as the distance between Detroit, Michigan, and rural Mississippi.