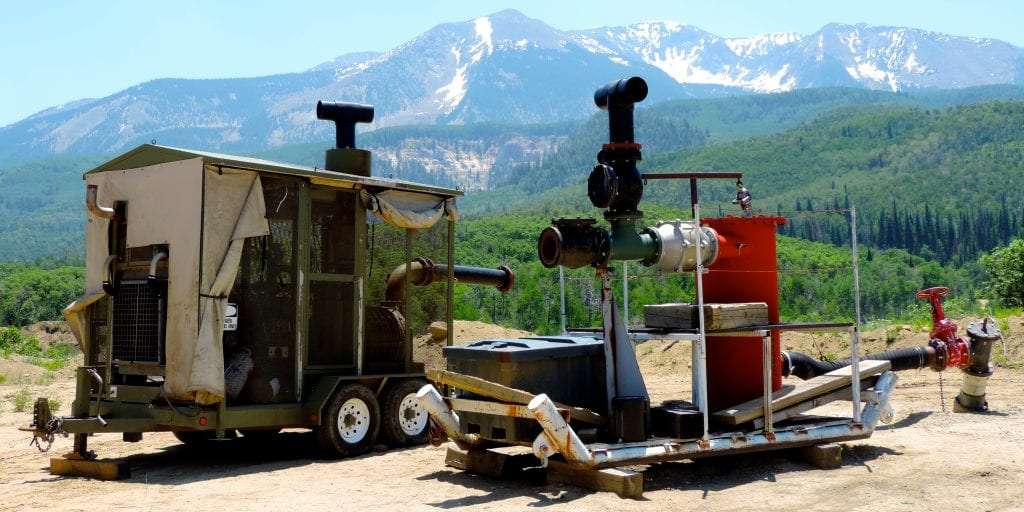 Gov. Jared Polis (D-CO) and his administration were sued July 26 by conservation groups, over the Arch Coal’s West Elk mine’s alleged failure to comply with the state and federal clean-air laws.

The West Elk mine is located near the town of Paonia in the North Fork Valley and has been under attack in the past few years for the amount of smog and organic compound emissions it produces.

Arch Resources owns and operates the West Elk Mine, which is the largest coal mine in Colorado.

Arch Resources recently entered into an agreement with conservation groups, Wildearth Guardians, Sierra Club, Center for Biological Diversity, and High Country Conservation Advocates. The agreement between the two was made so that the West Elk Mine could operate in a more beneficial way for the environment but also to obtain the federal air quality permit required to run.

“Today’s agreement is a critical step forward in holding Arch Coal accountable to protecting clean air and to limiting harmful methane emissions,” said Jeremy Nichols, climate and energy program director for WildEarth Guardians, in a news release. “While we ultimately need to transition completely away from coal to protect our climate, we have certainty in the meantime that the West Elk mine will be reducing harmful methane and other toxic gases.”

The lawsuit was filed due to the Colorado Department of Public Health and Environment’s Air Pollution Control Division’s failure to approve the permit request by the legal deadline of 18 months, allowing the West Elk Mine to run operations without any form of oversight. The lawsuit was filed asking for the court to order the Air Pollution Control Division to issue the air-pollution permit for the West Elk mine.

“Coal mines have a devastating impact on air quality and climate, which is why we have these laws on the books,” said Sierra Club Senior Attorney Nathaniel Shoaff, in e news release. “The Polis Administration has talked a lot about how it’s improving air quality, but needs to put those words into action to reduce the impact of Colorado’s remaining coal mines.”

This is not the first environmental lawsuit that has been filed against Polis. Earlier in 2022, the court ordered that action be taken on the Suncor Oil refinery air pollution permits. The current lawsuit hopes to persuade the Air Pollution Control Division to take the final steps without further delays in approving the permits for the West Elk mine.

“It is ludicrous that one of the biggest air pollution sources in the State of Colorado is operating without a permit,” said Peter Hart, attorney with Wilderness Workshop, in a press release. “The State simply cannot ignore its duty to manage emissions that are destroying our climate, contaminating the air we breathe, and shrouding the beauty of the North Fork Valley and Colorado in pollution.”